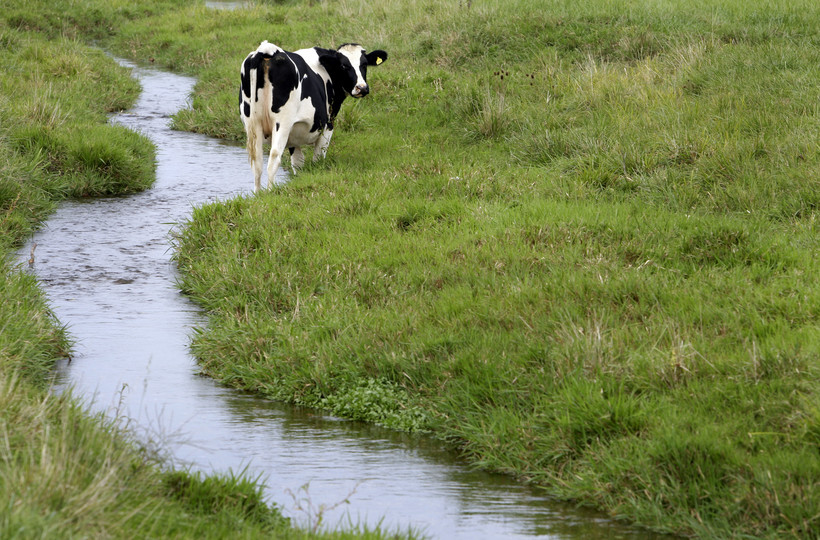 A new study shows milk from grass-fed cows has more of a nutrient linked to heart health than conventional and organic milks.

"Grassmilk farmers have long been telling us that they believed the nutrition of this milk was higher than that of the milk they were producing when they were still feeding grain," said Logan Peterman, agricultural research and analytics manager at Organic Valley. "We kind of set about to test that question and really make sure that the signal was there, that we could be certain of it, that we were following the correct methods and also that it was sort of refereed by an outside party."

A team of six researchers from different universities around the world contributed to the study. Peterman said the team also created nutritional modeling to analyze how switching from conventional milk to milk from grass-fed cows could impact a person’s fatty acid intake.

Brad Bolling, an assistant professor of food science at the University of Wisconsin-Madison who was not involved in the study, said he thinks the comparisons between the types of milk are reliable.

"This is a very large survey and the methods seem appropriate for measuring the differences between the fats in milk," Bolling said. "But I think it's also important to realize that there are many other potentially health beneficial factors in milk beyond just the fatty acid content ratios."

Bolling said relying on dairy products for omega-3s may not be the most efficient way to get the recommended intake.

"Based on this paper, (dairy) could contribute 20 to 40 percent of the essential fatty acid requirements. But largely in the diet, these could be met by other fats as well," Bolling said. "One tablespoon of canola oil would contribute about 1.3 grams of this alpha linolenic acid, and that’s about at the daily requirement for this nutrient."

But Peterman said the researchers wanted to study the fatty acid levels because people aren’t getting the needed omega-3s in other foods.

"Only about 30 percent of Americans eat fish at all, and the number of folks that eat deep-water fish like salmon that has this beneficial set of fatty acids is very likely even less than that," Peterman said. "From a dietary standpoint, there really is a need for other sources of these fatty acids in the American diet."

Bolling said CLA is not considered an essential nutrient, but researchers are very interested in understanding the acid’s health benefits. He said some studies have shown CLA could reduce inflammation, obesity and other chronic diseases.

"The main intake of (CLA) is from milk and beef intake, so increasing the level of this in the milk could contribute to higher intakes," Bolling said. "Its currently thought that our current dietary intakes may not be enough to affect disease risk."