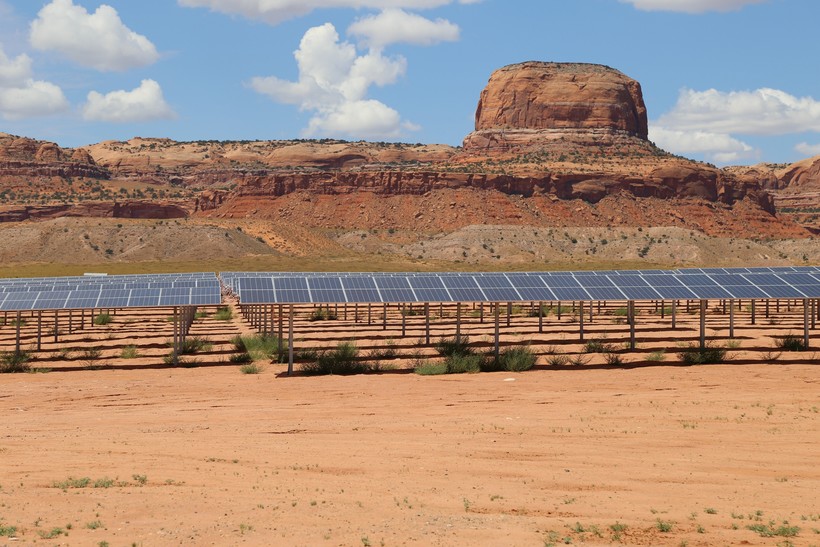 New Research Shows Solar Energy May Have Been Undervalued

Has the future reach of solar energy been underestimated? New research shows it may be so.

Previous studies have estimated the share of solar energy by the year 2050 would be between 5 and 17 percent, according to a University of Wisconsin-Madison news release. However, a recent study from the Mercator Research Institute on Global Commons and Climate Change showed the percentage of solar energy worldwide will be three times higher than originally projected. More specifically, the share by 2050 will likely be between 30 and 50 percent.

While conducting the study, a team of researchers, including associate professor Greg Nemet of the La Follette School at UW-Madison, realized long-term energy planning simulations tended not to include solar energy.

"We started thinking that seems strange because if you look around the world, if you look on the ground, there's a lot of solar energy going in, so we went back to the forecast, we looked back over 15 years and looked at what people predicted, what happened to solar energy five years out, and it was consistently under-counting how much solar there actually was," Nemet said.

As for why solar's potential was underestimated, there are a number of reasons, but Nemet said the biggest driver is that solar is getting cheaper and faster than originally expected.

While technology is making solar increasingly more efficient and cost-effective, there are still challenges associated with the power source.

Solar energy is different in two ways from the way power plants have operated for the last 100 or so years, Nemet said. One is that it's distributed — made up of several small power plants — and second, it's not dispatchable. Essentially, people can't just turn on solar electricity at the drop of a hat because energy is produced when the sun shines, and that is based on things like seasonality and daily variation.

The energy grid, Nemet said, will need to change to accommodate that. One way to do so is to increase storage in the grid. Another way is to have a more price-responsive grid, meaning energy consumers have control over their energy expenditures by altering electricity use in response to wholesale electricity prices. Nemet said these two changes could make a huge difference.

"There's ways ... technology themselves are evolving and improving that will help us accommodate some of the challenges of a pretty different type of power source," Nemet noted.

On top of that, regulations would need to change too.

"For the most part, we are, have a regulation of electricity in the U.S. that was designed in the 1930s, usually updated in the 1990s in some places, but that needs to be modernized as well, as do utility business models," Nemet said. "Cheap solar keeps forcing us to reassess our assumptions."

Both of those points — the grid and regulations — were also addressed by lead author Felix Creutizig of the Mercator Research Institute on Global Commons and Climate Change, who said that policymakers in industrial countries will need to "modernize electricity market regulations and promote technologies for new storage methods," according to a university statement.

Nemet said his main takeaway for policymakers is that cheap solar exists, and that presents a huge opportunity.

"It's a gift, you might say," Nemet said. " ... It's a gift that we shouldn't squander, and I think it's really up to us how we use this technology of cheap, clean energy that we can make reliable with a flexible grid and use it for lots of different activities that will improve people's lives; so how we use it is going to make a big difference and how we deal with financing of it, new utility business models, regulation of it and building infrastructure to accommodate it, that's all things that we need to do to take advantage of this opportunity."

Even in Wisconsin — which is not necessarily the sunniest place compared to other locales — solar shouldn't be ruled out. Yes, more electricity is produced off a solar panel in a sunny place, and the cheapest solar is happening in places such as the southwestern United States, Mexico, Chile and the Middle East, Nemet said. However, he added, the place where the most solar materials were being installed, until recently, was Germany.

"That's no sunnier than Wisconsin," Nemet said. "The biggest market for solar now, not the biggest producer of solar panels, the biggest consumer of solar panels is now China. That's also a place that doesn't have anything on us in terms of the amount of sunlight. We're getting to the point where solar is cheap enough where even in a place like this, we can have cost-effective solar."

In Wisconsin, you can see solar energy installations in Madison and Point Beach, among other locations.