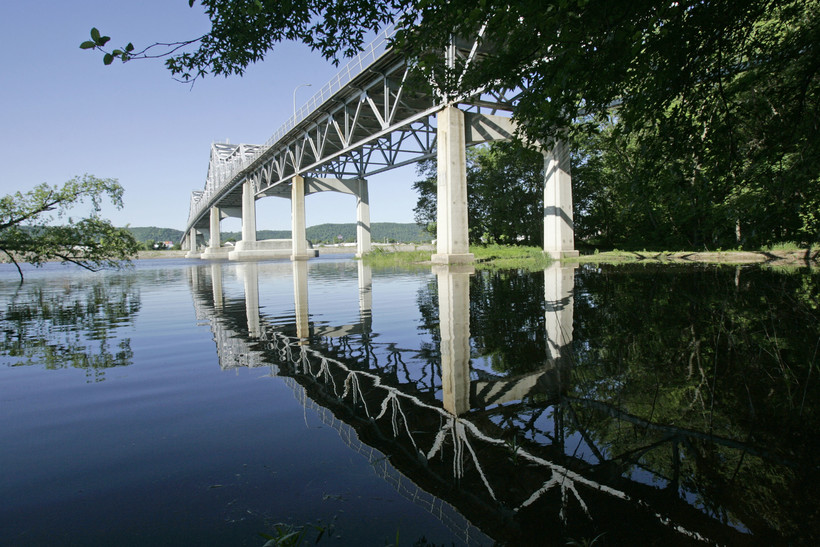 The report card looks at the environmental health of the river and flood risk management, as well as recreational use, transportation and economic indicators.

Kim Lutz, AWI’s executive director, said the small improvement came from improved recreational use of the watershed and new investments in the river’s lock and dam system.

But she cautions that the river still faces major problems.

"It’s probably still not a grade you would be that happy to take home to your parents," Lutz said. "Overall, we still see a pretty concerning picture, especially in terms of water quality and flood frequency."

Water quality was the only section of the report card to receive a failing grade. The report found nutrient levels from wastewater, agricultural runoff and fertilizer have remained steady or increased in the last five years.

Lutz said part of the change in the water quality sector comes from access to better data from the U.S. Geological Survey on sediment and chemical levels throughout the watershed.

But she said changes in land use and the intensification of agriculture have also contributed to the declining score.

"To get more production out of every single acre, there is just a concentration of agricultural practices that is leading in some cases to this decrease in water quality," Lutz said. "I don’t want to put a finger on agriculture because there's so many good things that come from agriculture. Really the water quality issues are coming from runoff, fertilizer, livestock manure, all of those factors."

Larry Weber is an environmental engineering professor at the University of Iowa who created the Iowa Nutrient Research Center, which focuses on agricultural and land practices to prevent runoff of nutrients.

Weber said more organizations and farms across the Midwest are working to implement new conservation practices to address water quality.

But he said the scale of these projects has not kept pace with agricultural development. He points to the growing number of hog concentrated animal feeding operations, or CAFOs, in Iowa that produce large amounts of manure as an example.

"As our soils have gotten wetter, that manure is being applied on highly saturated soils that are intensely drained, giving a very fast pathway of nitrogen back to our streams," said Weber, who is also a member of AWI's Board of Directors.