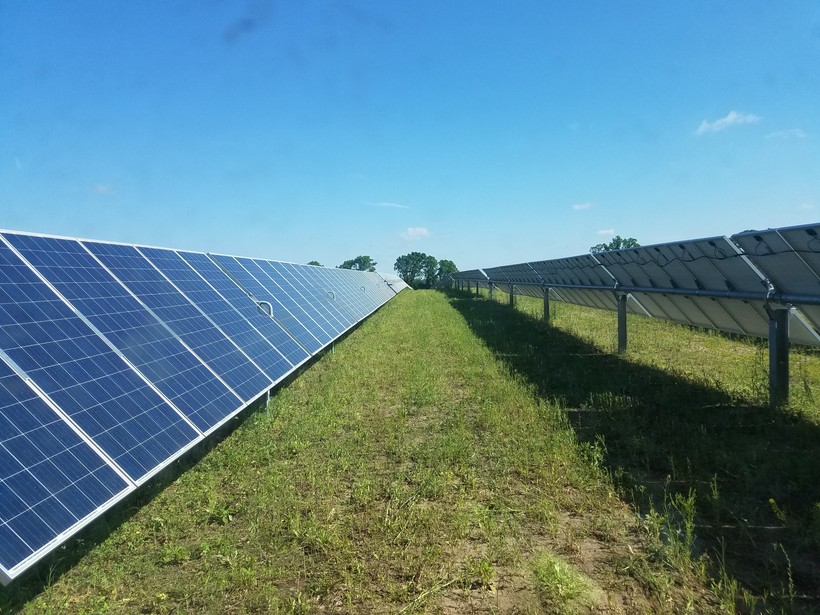 The 149-megawatt Badger State Solar Project is planned for private land in the Towns of Jefferson and Oakland. Photo courtesy of Ranger Power

A major utility in western Wisconsin has announced plans for a new solar farm in Jefferson County.

Dairyland Power Cooperative plans to purchase 149 megawatts of solar energy from the Badger State Solar project. That's almost six times Dairyland's current solar investment and would more than double the state's solar production. The new partnership would create one of the largest solar farms in Wisconsin.

The solar farm would be built by development company Ranger Power on private land in the towns of Jefferson and Oakland.

Dairyland CEO Barbara Nick said the project is an important step in the cooperative's goal to diversify its power supply.

"Dairyland has embarked on what I would call a more aggressive diversification strategy," Nick said. "We have 18 different sites with 25 megawatts of solar. We also have 98 megawatts of wind right in southwest Wisconsin."

"The cost of solar has really come down so much that it's really become a cost-competitive source of energy," Huebner said.

The state's Public Service Commission is already considering two major solar farms. Some rural residents have opposed the large projects because of their effect on the landscape.

But Huebner said long-term agreements to rent land for solar projects could be the steady revenue that farmers need.

"It acts as a hedge against those corn and soy and other commodity prices for the farmers," Huebner said. "So we're seeing it really as a win-win because we're still able to grow a lot more corn and soybeans than we were 30 years ago and yet now, we can produce more of our own energy and keep those dollars in the state as well."

Paul Harris, president of Ranger Power, said his company has also been working with local officials and residents to make sure concerns are addressed.

"We've really taken a lot of lessons learned as far as community outreach goes very early on so we've been doing that and continue to do that," Harris said.

He said the Jefferson County site was chosen for its access to the power system. He said Ranger has already secured land for the project and will soon submit their plans to the Public Service Commission.

If approved, construction of the solar farm would begin in 2020.