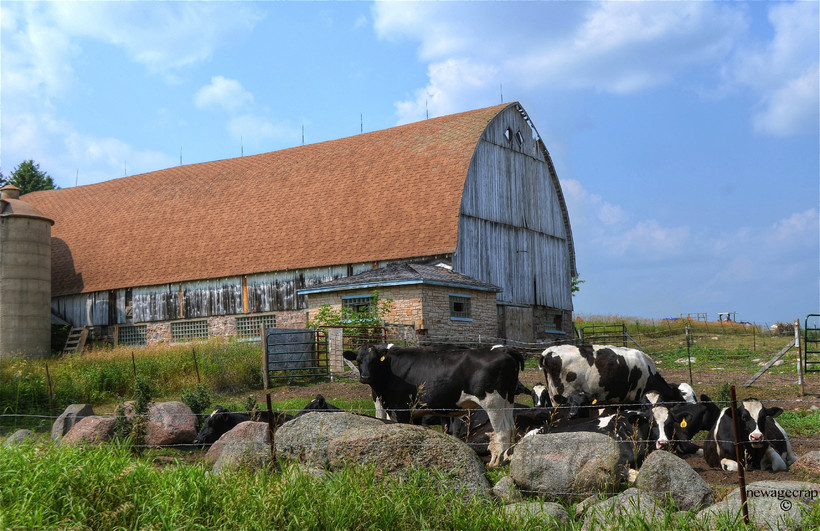 U.S. Rep. Ron Kind is looking to take on immigration reform and global trade as part of a new plan to stabilize Wisconsin's dairy industry.

"Our dairy farmers are struggling," Kind said. "We're looking at pretty low commodity prices. Their profit margins have been squeezed while their fixed costs have gone up."

Wisconsin needs a comprehensive strategy to see dairy farmers through low dairy prices and give them the opportunity to stay in business in Wisconsin, according to Kind.

Kind, a La Crosse Democrat, represents Wisconsin’s 3rd Congressional District, which is located primarily in the southwest and western regions of Wisconsin, where the dairy industry is the backbone of the economy.

The Dairy Action Plan, details of which were released this week, aims to "fix some of the problems that dairy farmers currently face and provide some relief for the drop in dairy prices," Kind said.

The plan also looks to builds on existing programs that encourage the next generation of dairy farmers and expand agricultural research.

Dairy brings in about $43 billion annually and about 79,000 jobs, making it not only the state's most iconic industry, but one of its most profitable, he said.

If Wisconsin were allowed to export cheese and other dairy products to new markets, those figures would be even better, Kind said.

"Right now we're being shut out entirely in Russia and India," he said. "That's leading the European Union to dump dairy in the global market, which is driving down prices for our dairy farmers."

Kind sees an opportunity to expand trade opportunities in the Pacific Rim area, as well as lowering tariff barriers to our agricultural products, in general, but particularly dairy.

"We’ve got to be in that market competing with a level playing field," Kind said.

The Trans-Pacific Partnership would immediately remove thousands of tariff barriers that are making it more expensive for Wisconsin and the U.S. to export products, Kind said. The trade agreement would create a more habitable business climate here at home.

"If we fail to move forward on this trade agreement, China will," he said. "China is on our heels. They're talking to the same countries and telling them, 'Don't listen to those Americans. They're asking too much when it comes to worker rights, environmental standards and human rights standards. Come to us. We don't care about that.' That's the real jeopardy we face," Kind said.

Kind highlights immigration reform as the other key part of the dairy plan.

It's obvious that the country's immigration system has been broken for some time now, and it's long overdue for Congress to take action, Kind said.

The number one concern Kind hears from dairy farmers in his home district is finding and retaining a reliable source of labor, he said.

"Forty percent of farm labor now in Wisconsin is immigrant based," Kind said. "We've got to recognize that and the huge economic impact that has."