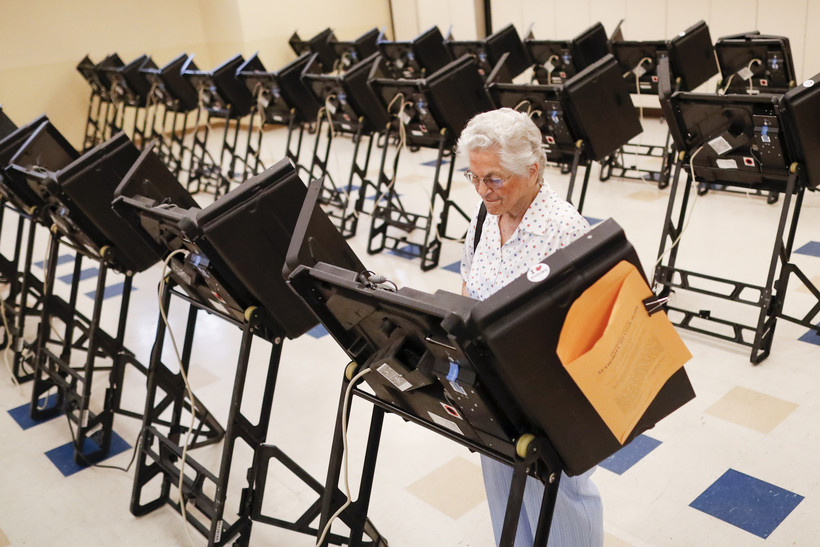 The council includes representatives from the Wisconsin Elections Commission, local governments, county and municipal clerks associations, the FBI and the U.S. Department of Homeland Security.

Election security has been a major focus of officials and the public since news broke in 2017 that Wisconsin was one of several states targeted by Russian hackers before the 2016 presidential election.

Meagan Wolfe, administrator of the Wisconsin Elections Commission, said state officials have been working to bring together a broad coalition to support the state's election security ahead of the 2020 presidential election.

"Defending democracy here in the state of Wisconsin is all our responsibility and something we take really seriously," Wolfe said. "None of us are going to stand for anybody compromising our democracy."

Wisconsin's election system is administered by 1,850 municipal clerks, 72 county clerks and the Elections Commission — a decentralized system that Wolfe said has challenges and benefits.

"Having 1,922 local election officials involved in the process can be a little daunting," she said. "I think it also has an opportunity for us to have 1,922 points of strength in our system."

During Wednesday's meeting in Madison, the council discussed the challenge of ensuring computer system security in some of Wisconsin's smallest communities, where budgets for local clerks can be tight.

According to information released by the commission in September, clerks in 215 communities were using Windows 7 on their office computers — an operating system that will no longer be supported by Microsoft security patches beginning in January 2020.

"We’ve been trying to get that information to clerks, because in a lot of ways they might not know that that change is coming," Wolfe said.

According to the commission, 65 clerks have expressed concerns about having enough funding to pay for a software upgrade. In recognition of that, the Elections Commission recently approved a $1.1 million grant program for local governments to augment security.

"There's certainly a need and an interest that they’re expressing," Wolfe said of the grant program.

The commission also recently purchased 25 computers to loan to smaller Wisconsin communities that may need support. That is a scaled back version of a previous plan to buy up to 250 computers.

The security council also used Wednesday's meeting to discuss online cybersecurity training being provided to local clerks, the state's process for testing voting machines before and after elections and the process of verifying election results.

The council will meet again in December.