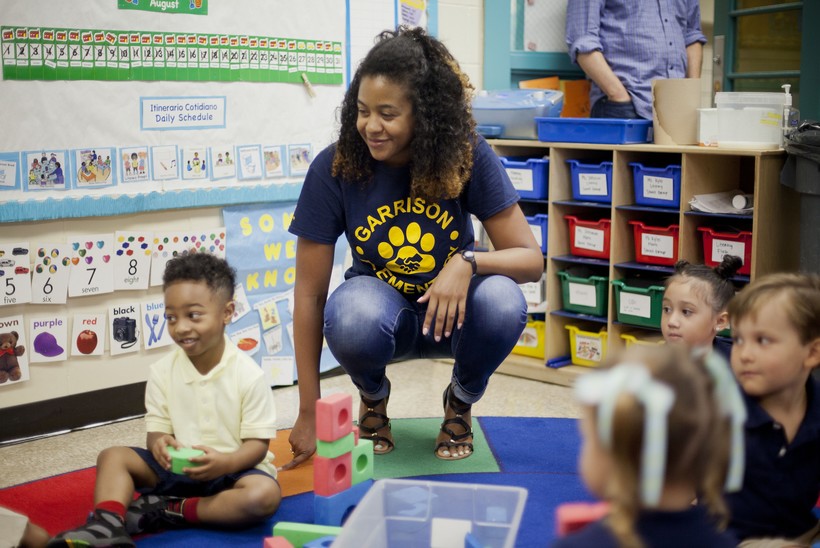 Epernay Kyles, center, Pre-K teacher at Garrison Elementary in the Logan Circle neighborhood in Washington, meets with her students on the first day of classes. Pablo Martinez Monsivais/AP Photo

Two new pieces of legislation being considered at the state Capitol would fully fund and expand kindergarten for Wisconsin's 4-year-old students.

In the majority of Wisconsin school districts, 4-year-olds are able to attend kindergarten through programs funded by the state, but they typically only cover half of the school day — making it difficult for many parents to enroll their children.

Both of the bills come from the Blue Ribbon Commission, a committee that gathers input on K-12 issues around the state.

One of the bills would fully fund full-day 4K. The other would scale back age restrictions and allow some 3-year-olds to attend 4K early.

"Research shows for brain development, we need to get kids in school earlier," he said. "One of the other things that I think is the biggest factor in this bill is, we're trying to close the achievement gap."

There has been some opposition to the legislation, predominantly from private day cares. Critics say day care settings are better suited for the developmental levels of 3- and 4-year-olds.

Olsen countered that during testimonies they heard positive responses from public school districts.

"Some of the school districts that came in that have large populations of poverty really, really want this in the worst way because they need all the help they can to get their kids going," he said.

Beth Graue, director of the Center for Research on Early Childhood Education, applauded the legislation, but noted the need to tread carefully.

"I think it's really exciting," she said. "It would fill needs for lots of families, but it has to be implemented in a way that recognizes that 4K sits at an intersection — at the intersection of K-12 education and the child care community."

Graue said that to do it well, there should be a combination of the two.

Studies show that the biggest advantages of publicly funded pre-K programs come for children who live in poverty and for English language learners, Graue said.

"They get the biggest bounce and that probably is because it's the children who are in more affluent families that can find their way into high quality programs," she said.

Graue said the legislation would be the first step of a bigger process.

The bills include sponsors from both parties in the state Senate and Assembly. 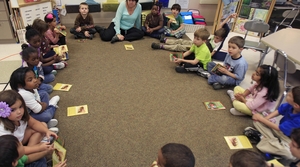 A new proposed bill being considered in the Wisconsin legislature would fully fund kindergarten classes for four year olds. We talk to one of the bill's sponsors and an early childhood education expert about how 4K could impact Wisconsin students.