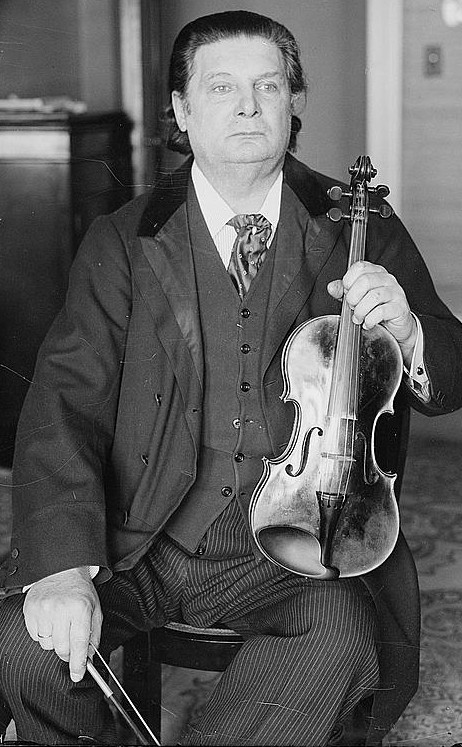 Nettles Instead of Roses

"This profession, my dear boy, is not what people imagine." So wrote violinist Eugene Ysayë to his son Gabriel about 1901. "Everybody thinks it's all honey and roses," Ysayë continued, 'but the truth is that you get nettles instead of roses and vinegar instead of honey.

"I'll give you a couple of examples," Ysayë said. "I've just given four recitals in four days, each one in a different town, which meant traveling four or five hours a day. On the train a person has vague fears of an accident or that his traveling companions are assassins. And of course, for their part, they're thinking the same thing about you." As soon as Ysayë played the four recitals, he left for Nuremburg at 6:30 a.m. and didn't reach Hanover until 2:30 a.m. the next morning. He threw himself on the bed, but at 9:30 somebody came to get him for the rehearsal with the Grand Opera orchestra. "And I was expected to be in good form!" he remarked.

"There are good sides to it all," he told his son. "But something always seems to get in the way of complete satisfaction. A string breaks, the heat melts the resin, and the cold freezes your fingers. Suddenly you're afraid you've forgotten everything. Or maybe when you're onstage you take out what you think is a handkerchief and mop your brow with it, only to find out that it's a sock you tucked into your pocket at the last minute when you packed. That actually happened to a conductor in Geneva. He realized it only when the audience began to laugh."

Ysayë had a bigger concern that embarrassment. During a Munich concert his hand began to freeze up. He was afraid that his days as a soloist were over. Although the Munich concert worked out, from then on, Eugene Ysayë was haunted by the fear that one day in the middle of a concert, his hand would fail him