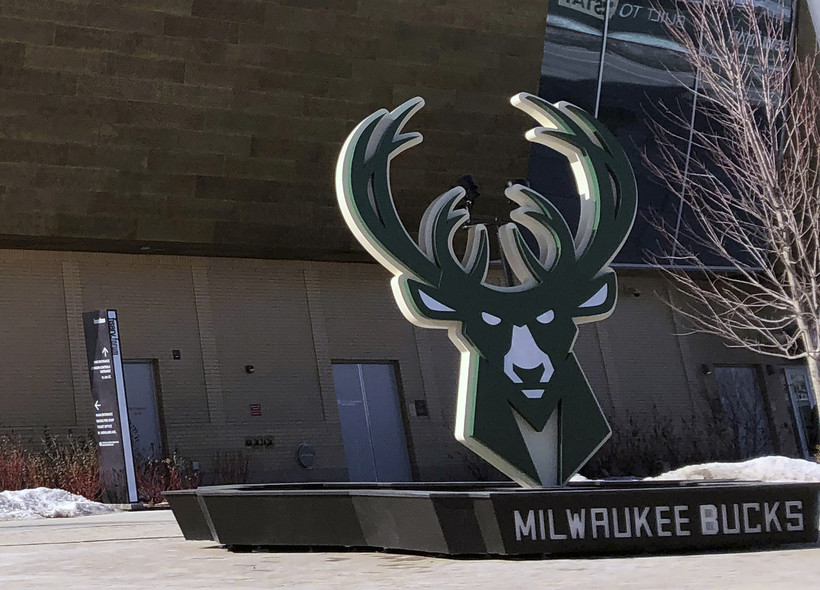 The Orlando Campus Where The League Will Finish Its Season Has Been Deemed 'The Bubble'
By Megan Hart
Share:

The Milwaukee Bucks are set to head to Orlando, Florida, Thursday as the NBA moves closer to resuming its season amid the coronavirus pandemic.

On Wednesday, Bucks general manager Jon Horst told reporters several truck loads of the team’s equipment have already arrived at Disney World, where the NBA will finish an abbreviated regular season before beginning the playoffs.

"The logistics of this entire thing are quite incredible really," he said.

The Orlando campus, where teams will live and play over the next three months, has been dubbed "the bubble" by those around the league, because of the strict coronavirus precautions the NBA has put in place.

Teams will be required to quarantine in their hotel rooms — the Bucks are staying at the Gran Destino Tower at Disney’s Coronado Springs Resort — until they pass two coronavirus tests. They’re also limited to just 35 personnel on campus, including up to 17 players.

Selecting the staff members who’d make the trip was one of the most difficult choices of his career, Horst said. Not even the entire coaching staff made the cut.

It’s unlikely the entire traveling group will head to Florida Thursday, he said. The team closed its practice facility in Milwaukee Sunday after receiving a batch of COVID-19 test results. Horst declined to specify whether a player or staff member tested positive for the virus, citing league and team privacy policies.

For now, families aren’t allowed on campus. But once they’re inside the bubble, players will be able to go on ride bikes, golf, play ping pong and take part in other activities. They’ll also have access to mental health services, Horst said.

Ultimately, he trusts the NBA to make the experience as safe and comfortable as possible.

"If you’re going to be in a hotel for three months, where better to be than a Disney resort," he said.

Some teams have already arrived on campus, and pictures from the bubble have made their way on social media. They’ve given rise to questions over the food being served. Some images looked like airline meals.

On Wednesday, the league clarified that players will have access to more dining options once their initial quarantine periods are complete.

Horst isn’t concerned about the food, he said. In fact, a Gran Destino Tower restaurant has already received the seal of approval from one Bucks player. Center Brook Lopez, a major Disney fan, said he likes the hotel’s tapas spot.

Update: I’m told shortly after this tray arrived that players/staffers also got servings of chicken, fish and pasta delivered to their rooms. https://t.co/Fe0xehkaCR

The Bucks will take the NBA’s best record to Florida, where coronavirus cases are on the rise. On Tuesday, more than 20 percent of the state’s COVID-19 test results were positive. Still, Horst thinks the league has taken all the necessary precautions.

"Hopefully, if it works, we could end up being in one of the healthiest, safest places you could possibly be," he said.