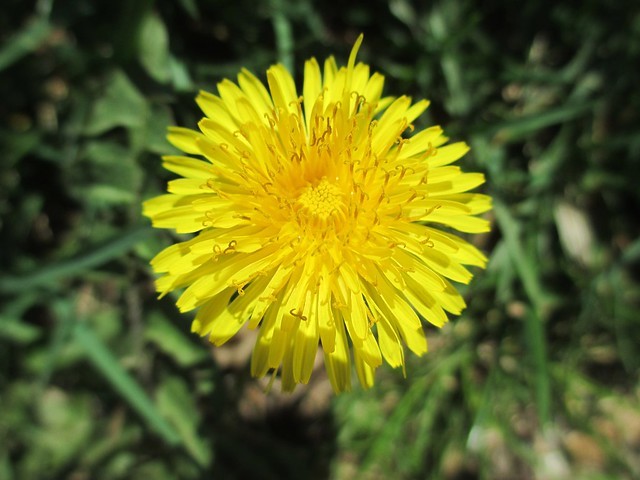 Nature's Treats: How To Find Morel Mushrooms And Other Wild Edibles

Nature offers up a cornucopia of edibles, from morel mushrooms to dandelions. But there are plenty of gut-churning options out there too, and knowing the difference between what you can and can't eat can be overwhelming.

Sam Thayer, a naturalist who teaches workshops and lectures around the country, said the key is to start small by learning one plant at a time.

"I know a lot of wild edibles, but I'm still learning a couple new ones each year," he said. "You don't have to know it all to use it."

More than a field guide, the books provide enough information so that its readers feel comfortable eating the plants and fungi, Thayer said. Details include multiple photographs and, on occasion, other similar biota that the plants and fungi might easily be confused with. He also talks about how to prepare meals with the wild collections.

If you want to practice foraging this year, there's time. Thayer said plants appear to be popping up later than usual, including morel mushrooms which he first found last week.

"That’s probably about a week, 10 days later than I would normally find my first ones," he said.

Here are his tips for some plants and other edibles to hone in on and hints on where to find them: These culinary treats are defined by deep pits and a conical shape. True morels are hollow when cut lengthwise, and are mimicked by other similar-looking mushrooms that aren't hollow inside.

Ideal areas to hunt for morels in Wisconsin would be the Chequamegon-Nicolet National Forest and the Brule River State Forest. What Thayer calls the "consolation prize" for an unsuccessful morel hunt, these mushrooms also are associated with elm trees. They grow as shelves on the tree and should be picked early. Once they reach full size, they don't taste as good, Thayer said.

"You need to get them when they’re small, a few inches across," he said, describing them as "quite tender" and "reasonably good."

Pheasant backs normally show up three to five years, and maybe more, after an elm tree dies. The morel mushrooms are the ones to show up in the first year or two. Japanese knotweed pops up in a rock garden in Milwaukee. ECP (CC BY 2.0)

An invasive species, this vegetable has a tangy flavor similar to rhubarb, though it's not quite as fruity.

Thayer said he likes Japanese knotweed in stir fry or soup that doesn't take too long to cook. That's because this vegetable is particularly tender and tends to disintegrate the longer it spends on the stove.

Find these shoots when they're young (10 inches or shorter) and peel them on the spot. They get harder to peel with the more time that passes. If Thayer is out foraging all day, he said he may or may not come back with morels. But he’ll always get handfuls of greens, he said.

In the onion family, leeks have flat leaves and can be found in areas with full sun and well-drained soil. Ramps are vegetable wildflowers that smell like garlic and taste like spring onions. These plants like moisture and grow nearby birch, sugar maple and popular.

"We know that wild blueberries (and raspberries) are the best and sometimes we forget that the leafy greens are also the best," he said. "They’re fresher, there’s a greater variety and the quality — if they’re picked at the perfect time, is generally better than anything you can buy."

Thayer recommends collecting leaves from these weeds before the flowers emerge.

A hint to better dandelion leaves, he said: Take a scissors and snip the terminal (top) half of the leaf. Leave the base, because it doesn't taste as good, it's stringier and more bitter than the top part of the leaf. Not very well known, these seeds are peaking now in the mid-state areas. They’re little flat discs, each with a seed in the middle.

Before the disc toughens up, it’s like a tender, slightly sweet leafy green. They're great in salad, in tacos or a burrito or straight off the tree, Thayer said.

Pick them when they're a little more than a half inch in diameter and check that the edges aren't yet dry. If they feel papery when you taste them, they're probably too old. This invasive species has a strong flavor and is incredibly nutritious, Thayer said. With a hint of garlic in its flavor, there are numerous ways to use it.

Thayer said he prefers the garlic mustard stalks right before they bloom. The chance to pick them at this stage has likely already passed in southern Wisconsin, but they're available now in northern areas.

Thayer strips off the leaves and chops off the top. The remaining stalk can be steamed with salt and butter or used in soups and stir fry.

"You have a milder, more toned-down flavor without so much of that strong mustardy and strong garlicky flavor," he said of this method. "It can be a really pleasant vegetable when it's used that way." 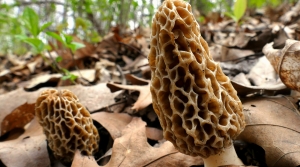 There are all kinds of plants popping through the soil in the spring. We talk to a foraging expert about which ones can make a tasty meal and how to find and recognize them.