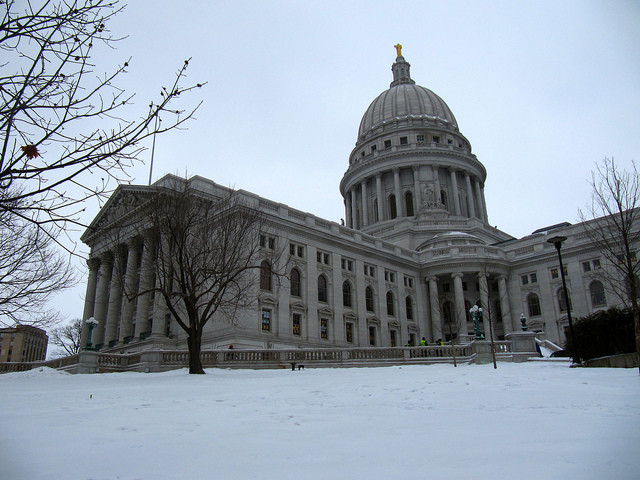 Bill's Author: 'Spiritual Connection To Your Land' Does Not Get Passed On To A Property Owner
By Chuck Quirmbach
Share:

Native Americans are scheduled to protest at the state Capitol on Tuesday over a bill that could affect protection of effigy mounds.

Several critics spoke at a town hall meeting held by Republican state Sen. Chris Kapenga, R-Delafield on Monday night in Pewaukee. Kapenga's measure would require the Wisconsin Historical Society to let property owners investigate whether mounds on their land contain burial remains and if not, develop the land.

"If somebody is going to buy property or they have it and there are effigy mounds all over the place, well, tough luck buddy. You're taking on a responsibility," said Sobottke.

But Kapenga said effigy mounds, which are shaped like animals or people, aren't locked into a property.

"Spiritual connection to your land does not pass on from property owner," Kapenga said.

Native Americans from throughout the Midwest are expected at Tuesday's protest.

In addition to the midday protest at the state Capitol, a sunset gathering honoring effigy mounds is scheduled at the site of a mound in Milwaukee.