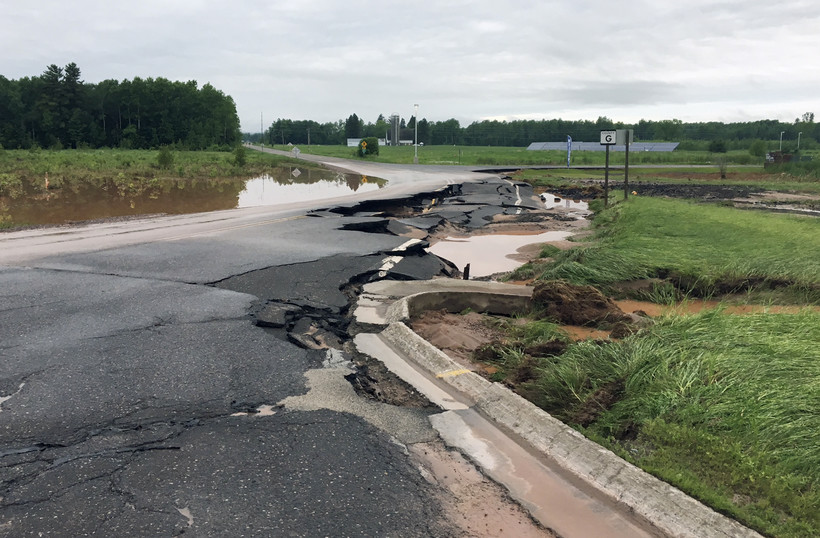 Ashland County Highway G damaged by flash flooding on Monday, June 18, 2018, near Ashland, Wis. The National Weather Service has since extended a flood warning through Thursday for northwestern Wisconsin and neighboring areas in Minnesota. Wisconsin Department of Transportation via AP Photo

National Guard To Help With Flooding In Northern Wisconsin

Wisconsin Department Of Military Affairs Said All State Agencies Directed To Help With Flooding
By The Associated Press
Share: 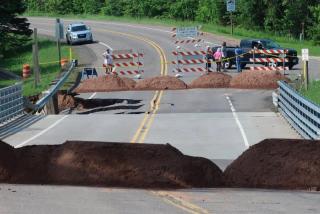 The Milwaukee Journal Sentinel reports that portions of northern Wisconsin saw as much as a foot of rain over the weekend. Ashland, Bayfield, Burnett, Douglas and Iron counties remain in a state of emergency.

A statement from the Wisconsin Department of Military Affairs said all state agencies have been directed to help deal with the flooding.

Flood warnings were still in effect Tuesday for portions of southeast and south-central Wisconsin. The Milwaukee area has received more than 4 inches of rain since Monday, which has overwhelmed sewer systems in the area.

La Crosse forecasters say portions of the Mississippi River may flood in the coming days because of the heavy rainfall.