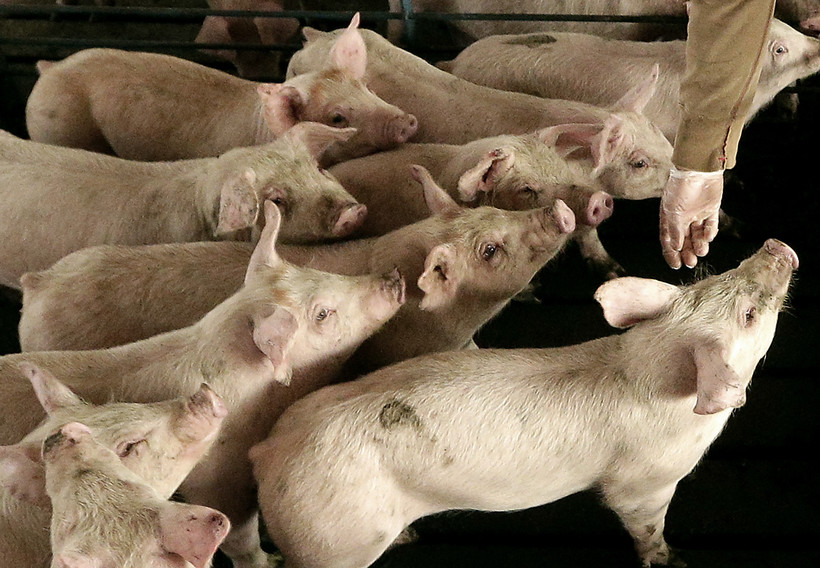 A national public health group is calling on federal, state and local governments to halt approval of large livestock farms until more is known about their impacts to public health.

"The scale, density, and practices associated with these operations present a range of public health and ecological hazards, including large volumes of untreated animal waste, the release of environmental contaminants to air, water, and soil, and the generation and spread of antibiotic-resistant pathogens," Johns Hopkins University said in a press release. "A growing body of evidence shows how CAFOs are directly associated with occupational and community health risks, as well as the social and economic decline of rural communities."

Johns Hopkins researchers looked specifically at the public health concerns associated with CAFOs in Wisconsin in a 2014 letter to Kewaunee CARES, an environmental advocacy group that has criticized the oversight of livestock operations in northeastern Wisconsin.

Nancy Utesch, one of the founders of Kewaunee CARES, said the new policy statement from APHA is long overdue.

Utesch feels both local and state health officials have taken a "hands-off policy" on CAFOs. So she thinks having national groups like the APHA weighing in on the impacts to public health will help support local governments trying to regulate CAFOs in their area.

"I think that will help (local governments) in their persuasion to maybe just have that moratorium take place, just take a pause and really look at what the operation may bring to their community," Utesch said.

Burnett County is one of several Wisconsin counties that have adopted a temporary moratorium against new and expanding CAFOs in recent years.

But County Board Chair Don Taylor said he doesn’t think a state or federal moratorium is necessary.

"I think it’s up to the individual municipality or counties to really determine if that sort of an operation is proper for their county and where exactly in their county it should be situated," Taylor said.

The Burnett County Board created a study committee to look at the impacts of CAFOs when the board passed the one-year moratorium in August. Taylor said he thinks there is already enough data to support the committee’s work.

"The data is out there on Burnett County soils and hydrology. It’s just a matter of formulating it all and putting it into a cohesive report so we can say, 'This area would be suited, this area wouldn’t' and so on," Taylor said.

Howard Roth is a pork producer in Crawford County and president elect of the National Pork Producer Council.

"I don't think the moratoriums should be put on because for a farmer, they’re going to do everything that they can to not pollute," Roth said. "If they do research in the county, in the state, in the U.S. and the regulations come down, farmers are going to follow it because the last thing they want to do is hurt anyone. That's where that farmer lives, that’s where his family lives."

He said livestock farms have become more efficient and better at reducing odor and air impacts over the last 10 years. Roth said farms have also changed their use of antibiotics in recent years, reducing the number of animals receiving the medications.