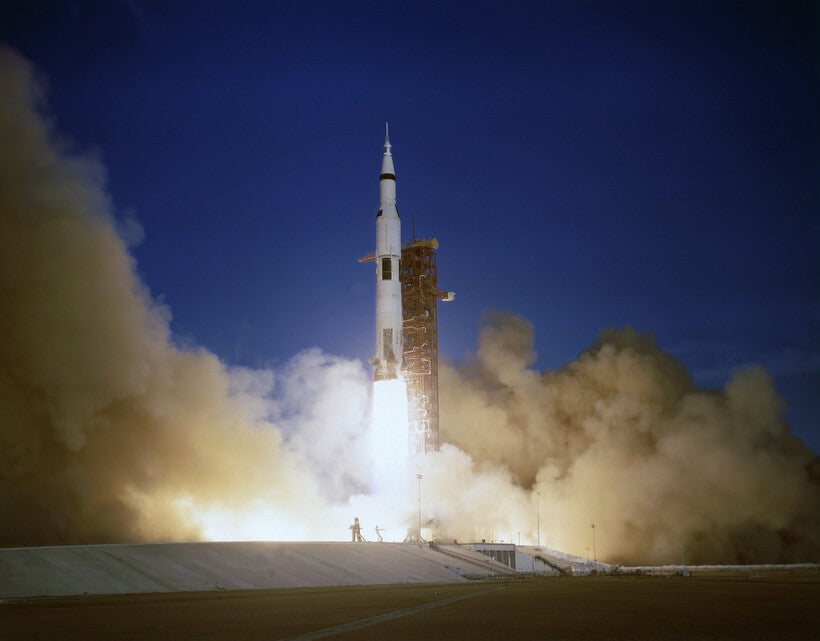 NASA Marks 50th Anniversary Of Apollo 8, The First Trip Around The Moon

Commander Of The Apollo 8 Mission Donated Personal Mementos From The Trip To Oshkosh’s EAA
By Patty Murray
Share:

On Dec. 21, 1968, a Saturn V rocket blasted the Apollo 8 mission into space on a 240,000-mile trip with three astronauts on board. They would would become the first humans in history to orbit the moon.

The six-day trip was a Cold War-era show of strength that the United States could make it to the moon, or very close to it, before the Soviet Union.

Chris Henry, the museum program coordinator of Oshkosh’s Experimental Aircraft Association, said all the space missions of the 1960’s were building up to the ultimate moon landing of Apollo 11 in 1969.

"Without Apollo 8 you could not do Apollo 11," Henry said. "We had to first prove that we could orbit the moon and come back."

While engineers at NASA were busy perfecting the Lunar Module — which ultimately did land on the moon — Apollo 8 was scoping out potential landing sites.

The mission was also notable for the iconic first picture of earth taken from space. The photo, dubbed "Earthrise" shows the round, blue planet from a perspective never seen before. 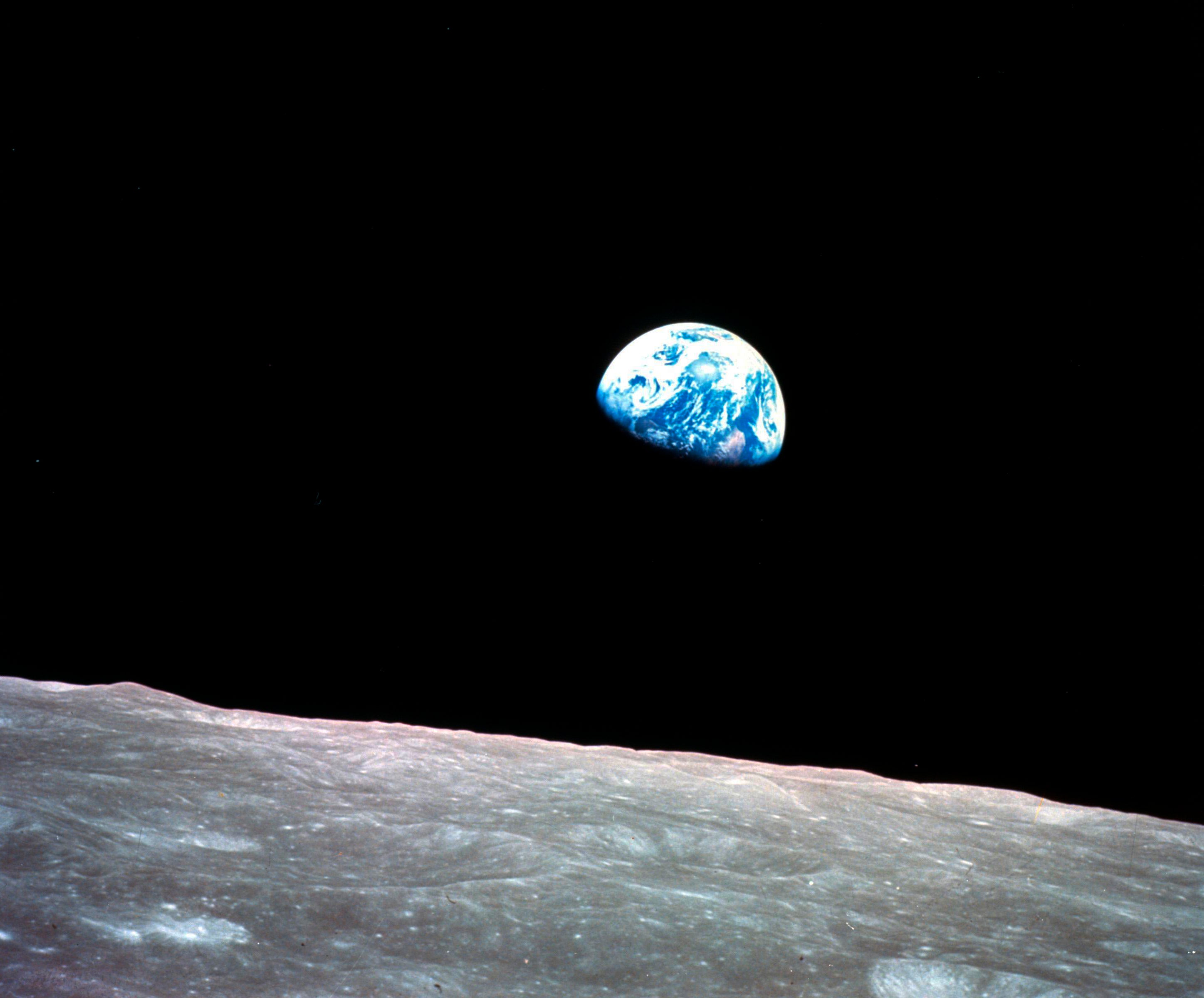 "He just thought that this was a good home for them." Henry said, adding that Borman is a longtime member of the EAA. "He was adamant that this be shared with the younger generation and maybe inspire somebody to get involved in aviation or maybe even become an astronaut."

A few hundred of the items are on display at the museum, including space-flown tools and a flashlight used on the mission, along with mission patches, trophies and accolades Borman received upon returning to Earth.

While Borman, now 90, did not take "Earthrise" — his crewmate Bill Anders did — Henry said the view of earth caught the astronauts off guard.

He said it went on to take earthlings by storm too.

"To date it is probably, in my opinion, one of the most iconic photos ever taken. Certainly the most iconic to come out of the space program," Henry said. "Nobody had ever seen Earth that way before."

In the photograph, the world looks quiet and peaceful — a stark contrast to the political and social undercurrents of 1968. That year saw the assassinations of both Martin Luther King Jr. and Robert F. Kennedy. Riots also erupted in cities across the nation, perhaps most famously at the Democratic National Convention in August of that year in Chicago. 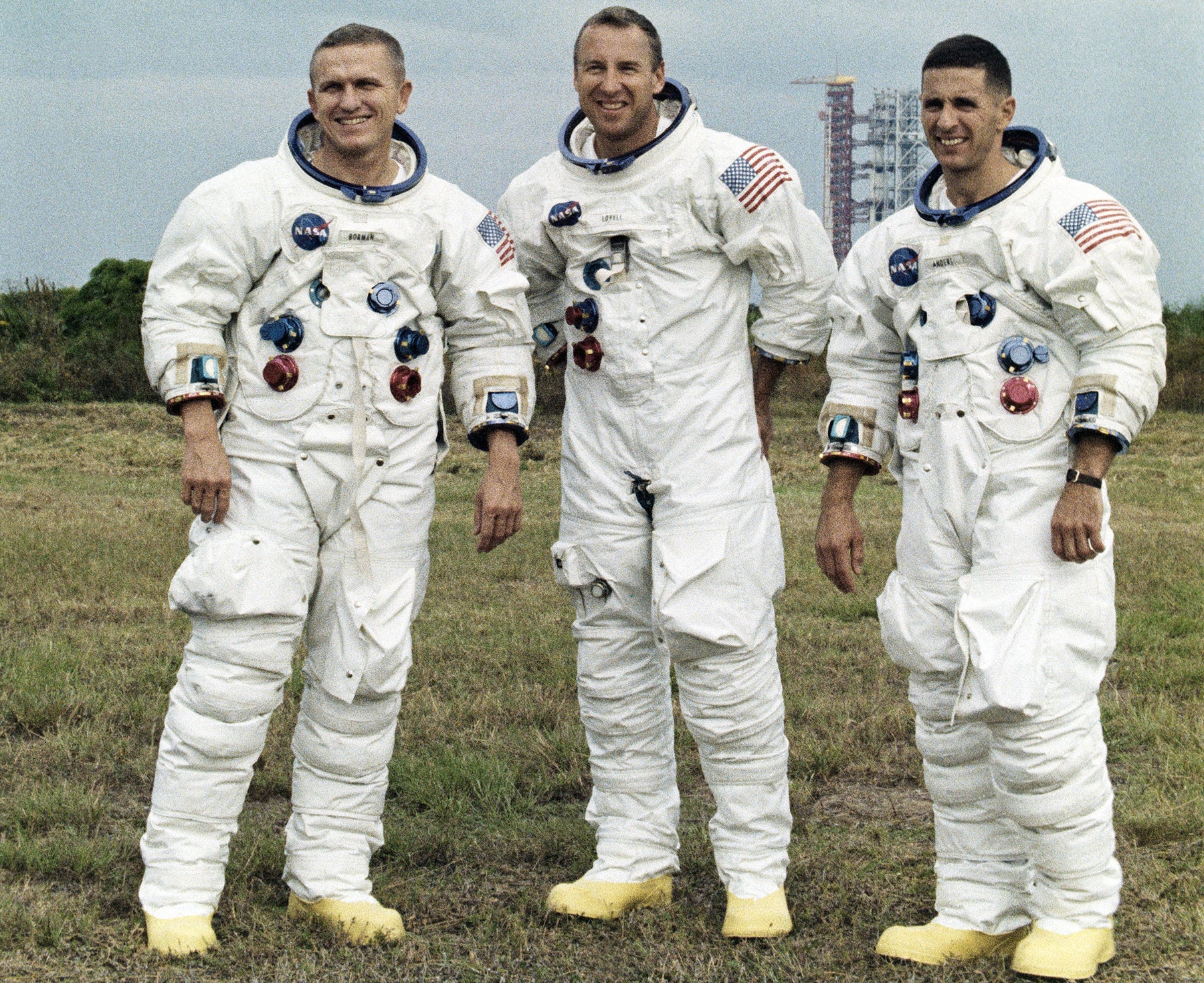 Left to right: Frank Borman, commander of 3-man Apollo 8 crew, William A. Anders and James A. Lovell, Jr., Dec. 21, 1968. They will attempt an orbital flight around the moon during the Christmas holidays. AP Photo

NASA requested the Apollo 8 crew bring a video camera with them to space, but Henry said Borman wasn't particularly thrilled with the idea.

"He was very mission-oriented," Henry said. "He wanted to fly his mission, make no mistakes and achieve the ultimate goals."

The crew ultimately complied, sending live photos back to Earth to a rapt audience on Christmas Eve. The television broadcast included images from space along with readings from the Bible's Book of Genesis read by the astronauts.

To close out the broadcast, the Apollo 8 crew said in unison, "Good night, good luck and a Merry Christmas.' God bless all of you, all of us on this good Earth."