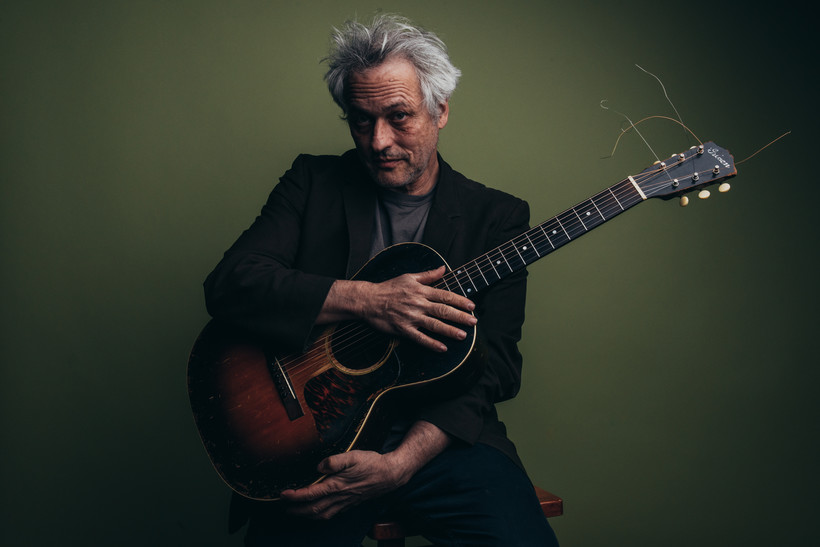 Marc Ribot is one of the world’s most acclaimed guitarists. Over the course of his 40-year career he’s worked with Elvis Costello, Elton John and Norah Jones. His latest album "Songs of Resistance: 1942 to 2018," features protest songs ranging from World War II to the present. Ribot features several guest vocalists, including Tom Waits, Steve Earle and Fay Victor.

Ribot has no trouble remembering how far back his activist roots go.

"It goes back to when I was, I think, in second or third grade and they canceled 'The Soupy Sales Show' on television," Ribot told WPR's "BETA." "I organized a walkout for my second-grade class. I was a little mystified about the workings of power; somehow, I thought that my teacher could make 'Soupy Sales' go back on the air. It wasn’t successful but that didn’t stop me."

Since then, Ribot has been an outspoken activist and a community organizer for such causes as affordable housing and musicians' rights in the digital age.

"It was immediately inspired by the election of (President) Donald Trump," Ribot said. "I was actually working on a different record with my band Ceramic Dog at the time. I guess the thinking was for us that the world could live without another recording of songs about me fighting with my girlfriend for another few years while we dealt with these more pressing problems."

Ribot was also inspired to create "Songs of Resistance" because he noticed that a lot of political movements lacked a musical component.

"I remember being at Occupy. It was rumored that they were going to be evicted by the police. And so there we were at 6:30 in the morning and everybody was milling around half-conscious and waiting to be arrested or whatever was going to happen. And people were nervous and trying to get ready and they were in need of a song but there was no common song they could sing," Ribot recalled. "I was wishing people knew 'We Are Soldiers in the Army,' which is the song that people in the Civil Rights Movement traditionally sung, often while they were being arrested, because that song helped make people brave. The act of singing together helped give people courage. And it also let people know that they’re not alone. The people in the paddy wagon could hear the people in the street, the people in the jail cell can hear people in other jail cells. And it also lets us know that we’re not alone in history. We have some pretty good company back there."

One of the songs on the new album is called "Bella Ciao" and it features Tom Waits.

"'Bella Ciao' is a World War II-era song of the Italian partisans, the 'partigiani,'" Ribot explained. "As with everything else on the record, my goal was not to do an archivally correct version. It’s usually done as kind of a really uptempo, high-spirited march. First of all, I wanted to translate it into English because I wanted people to understand it. The lyrics to the song begin:

"I wanted people to understand that other people had had a kind of rude awakening before in the past and this was their song. In fact, it’s about a very intimate moment. It’s about somebody saying goodbye to their husband or wife," Ribot said. "It’s without question a political song but it’s also an intimate song. And I think Tom (Waits) related to that."

One of the original songs that Ribot wrote for the album is called "How to Walk in Freedom."

He explained the inspiration behind this song, which features Fay Victor and Sam Amidon.

"Wish fulfillment, it’s just naked wish fulfillment. It’s the theme of the record — that we’re interrogating the past, where I’m asking the past to give us a clue of what to do now," Ribot said. "One thing that I’ve noticed is that in a lot of Civil Rights tunes and a lot of other songs, there’s the act of walking — walking together. And somehow walking together is a radical act. When you think who can you walk to, where can you walk, and what you can sing while you’re walking, you can make some progress there."

Listen to Ribot's full album below: