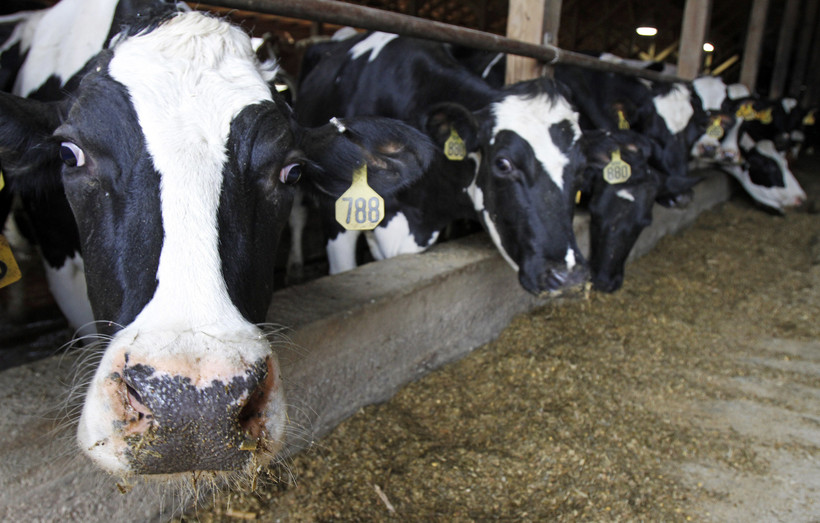 A Move In Kewaunee County Aims At Applying Manure To Croplands

Kewaunee County administrator Scott Feldt helped write a draft ordinance that would require farmers to use low-pressure methods to drop liquid manure on their fields rather than using sprayers that look like giant sprinklers.

The draft ordinance reads that manure must be applied in droplets and can't be sprayed on above the "canopy" of a crop. In the case of a corn field, that would be approximately 6-8 feet. The draft ordinance would allow farmers to apply manure longer than is now allowed.

Feldt said farmers can now only spread manure in the spring and fall, under the ordinance they could apply it for six months.

"You'd have roughly six months to be able to apply some of that manure as well as, from a farming practice standpoint, you're getting the nutrients to the plants when they need it most, when they're growing," he said.

Many private wells in the area are contaminated with nitrates. Some contamination is tied to livestock, some from human waste.

A companion ordinance would also require waste haulers to be certified in the county. Small farms would exempt from the requirements.

When asked about the proposed ordinance in Kewaunee County, Gov. Scott Walker said his proposed budget has "sizeable" increased funding for counties to help small- to mid-sized farms to deal with those "particular issues."

"They've got to be high standards through out the state that are mindful of the fact that in this region of the state you have some very unique issues just because of how close ground water is to the surface," Walker said.

The Kewaunee County Board will hold a public meeting on the spraying issue Wednesday, June 7.