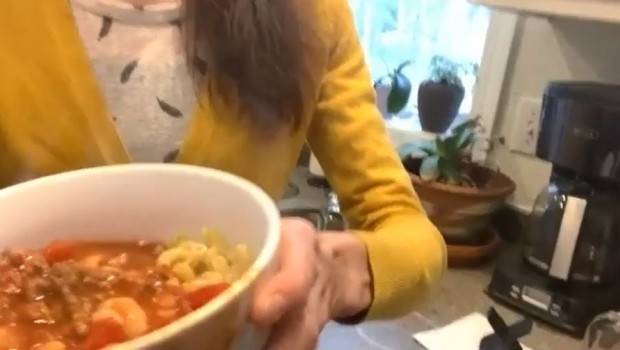 During a Zoom interview, Johanna Nelson, of Wausau, holds up a bowl of chili. Johanna has to stir macaroni into her mom's chili. The macaroni in chili debate between Johanna and her mother, Joyce, prompted a WHYsconsin question about the role pasta plays in Wisconsin chili recipes. Photo taken over Zoom

A Mother And Daughter Friendly Debate: Is There A Place For Macaroni In Chili?

Wisconsin is not known for its chili like Texas is.

Still, the warm, (often spicy) versatile dish is a staple in many households to help people navigate a cold Wisconsin winter.

A love of chili and a friendly mother-daughter debate over whether to add macaroni prompted this WHYsconsin question from the daughter Johanna Nelson, of Wausau: "Chili is a favorite in Wisconsin, and everyone has their treasured recipes. Some have noodles, others not. It’s highly contested. Is there a right way?"

Nelson loves macaroni in her chili and wasn’t exposed to it until her teenage years.

"It wasn’t until later in life that I even realized that there’s this divide," she said. "I was a little skeptical at first when I tried it. I think I was at a friend’s house, but it was delicious. It just added so much."

Her mom, Joyce Nelson, doesn’t love pasta in chili. When she makes her recipe, she will make the noodles on the side for Johanna to stir into her bowl.

"When I make chili, it’s just chili, no noodles. I think of them as an intruder," Joyce said. 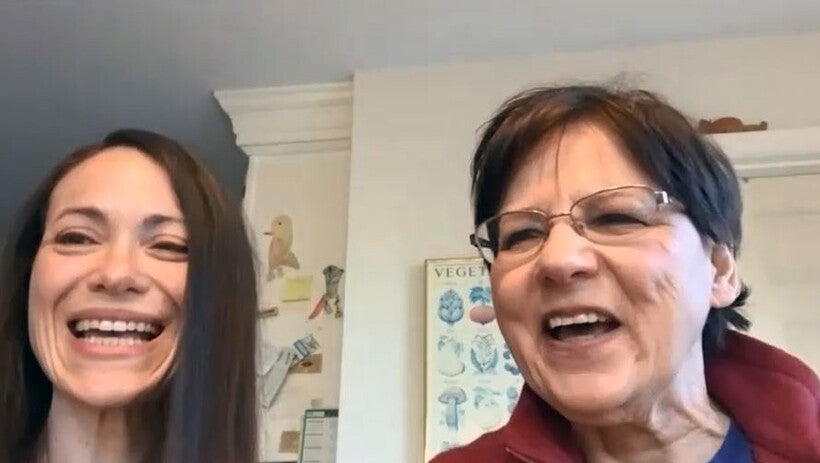 Johanna, left, and Joyce Nelson, right, of Wausau talk during a Zoom interview about their friendly disagreement over whether macaroni belongs in chili. Photo taken over Zoom

Food blogger Lynn Huntley said there is a Wisconsin style of chili and has been for decades. It includes macaroni as one of it’s six or seven main ingredients.

"Wisconsin style chili is a mild chili that has the hamburger, and I use pork," Huntley said. "It has usually elbow macaroni and red kidney beans only as far as I know. Tomato juice it’s made with (and) tomato soup." 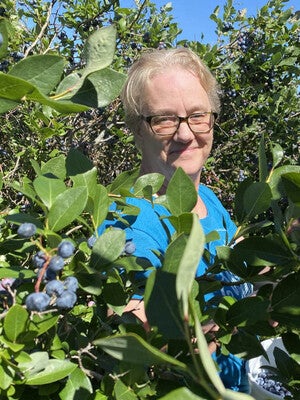 Food blogger Lynn Huntley runs the blog Turnips 2 Tangerines. She says there is a Wisconsin style of chili that includes macaroni as one of it’s six or seven main ingredients. Photo courtesy of Lynn Huntley.

Huntley started her food blog Turnips 2 Tangerines in 2012 when she moved from Appleton to Winter. The blog highlights traditional Wisconsin recipes. She describes herself as a Wisconsin grandma who enjoys food and cooking.

With a collection of more than 300 cookbooks, mostly from Wisconsin churches and service clubs, Huntley said the same basic Wisconsin style chili recipe is in many of those cookbooks.

She isn’t sure how macaroni came to be a must-have ingredient in the Wisconsin-style chili. Like a lot of recipes, her Wisconsin chili recipe didn’t come from a cookbook but was handed down in her family.

"That recipe was my mom’s recipe," Huntley said. "My sister, who is 10 years older than I am, when she got married, she got the recipe. She added a little bit to it, and then when I got married 10 years later, she gave it to me, and it slowly evolved into what my family likes and that’s what’s on my blog," Huntley said.

She said chili is the perfect dish for winter. Huntley and her husband eat a new pot monthly between November and March.

"It’s filling and it makes a big batch, so you can feed your family or a crowd."

"Chili is something that is pretty universal. It’s a lot of vegetables and beans, and sometimes meat that we cook for a long time and it’s got a lot of flavor," said Vanessa Herald, farm to institution outreach specialist for CIAS. "Because it’s so flexible, it’s a great way to highlight everything we do in Wisconsin." 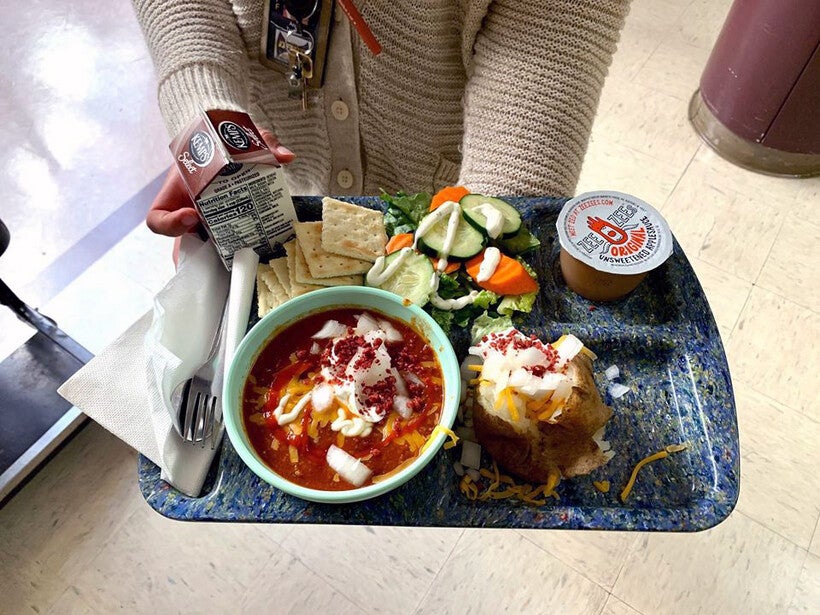 The Wisconsin Chili Lunch has traditionally been targeted at schools, early child care centers and hospitals across the state, calling attention to using locally grown foods that institutional kitchens can serve.

The last time the event was held in November 2019, about 50,000 bowls of chili were served, mostly through schools, said Herald.

This year, because of the coronavirus pandemic is still raging, organizers are asking everyone who participates to make chili at home and eat it there. With the uncertainty over whether school and hospital kitchens will be serving food on location Feb. 25, they are opening the event to everyone in the state to make chili anytime in February.

"Traditionally, we would encourage people to do it on the same day, but because of the pandemic, we’re welcoming people to participate anytime in February," she said.

If you register for the event online, CIAS will share Wisconsin chili recipes, with or without macaroni noodles.

Tell us what you think. Should noodles go in chili? 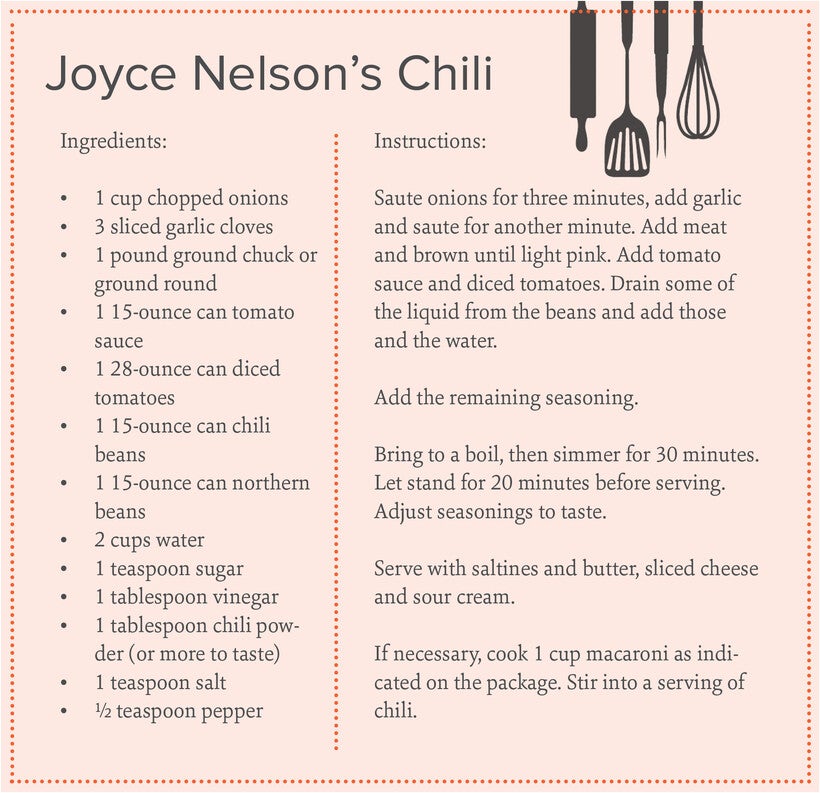 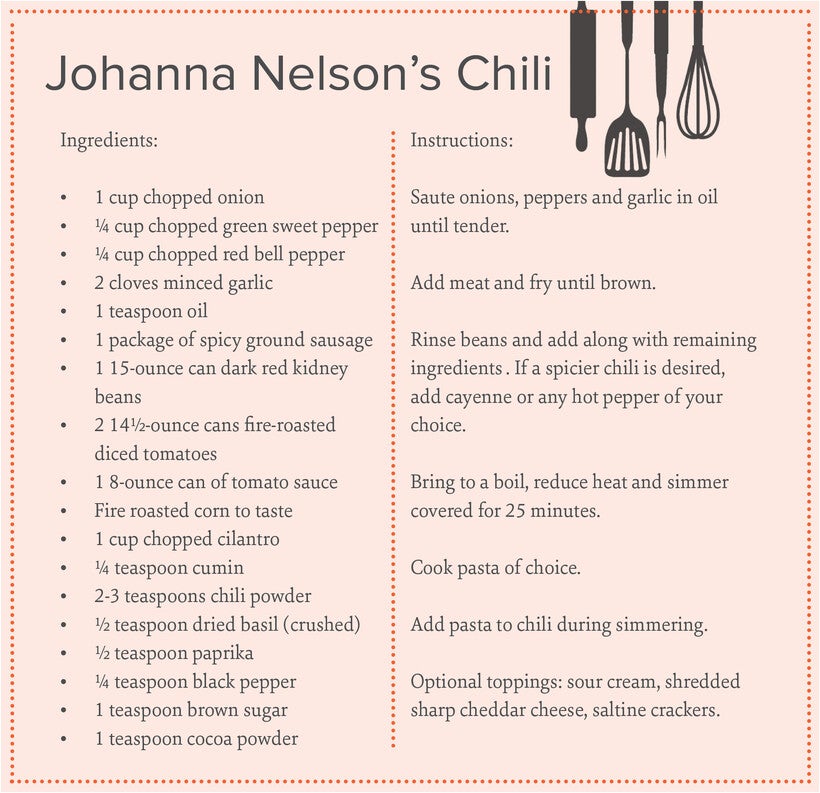