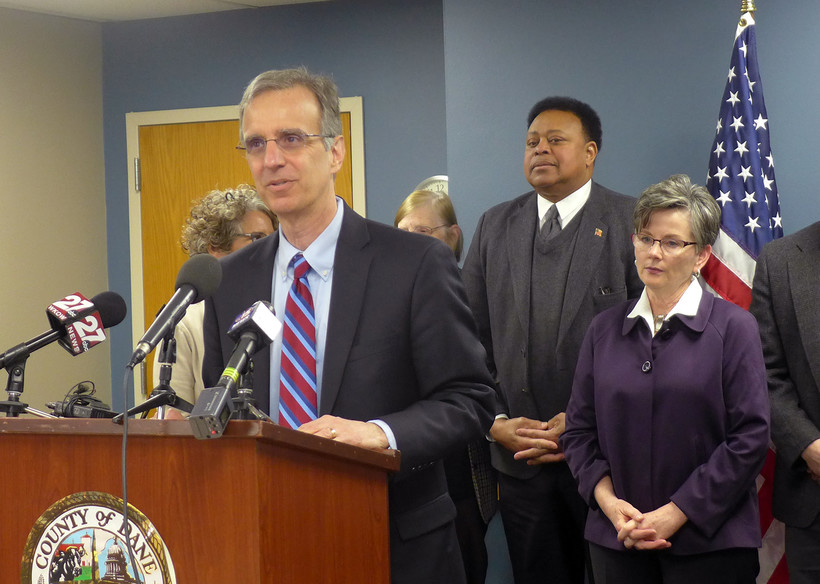 County officials across Wisconsin are continuing to push forward with efforts to hold prescription drug manufacturers responsible for the ongoing opioid epidemic gripping both the state and nation.

As of April 3, the Wisconsin Counties Association offered updated figures saying seven more counties have joined a federal lawsuit against opioid drug manufacturers, bringing the total number to 66 of the state’s 72 counties. The association claims drugmakers engaged in fraud, misrepresentation and false advertising while pushing their products.

Counties are hoping to recover costs caused by abuse of prescription painkillers and other opioids like heroin and synthetic fentanyl being sold on the street.

Parisi told reporters that Barron & Budd is heading up civil lawsuits for 80 percent of the municipalities in the U.S. that are taking legal action against pharmaceutical manufacturers and distributors. The firm is the same one being used by Milwaukee County.

A number of states, including Wisconsin, have announced investigations of the opioid pharmaceutical industry and some have filed suits of their own.

But most of the costs are born by counties. Last year, Dane County had a $7.5 million budget for drug prevention and treatment. Parisi said 30 percent of that went for those addicted to opioids.

"It’s time that drug companies that are profiting from these (opioids) be held accountable for the damage they are causing to families across our county," Parisi said.

State health officials report that in 2016, 827 people died from opioid overdoses statewide. In Dane County, Parisi said there were 85 deaths that year, up from just 13 in 2000.

Nygren, who has pushed an extensive agenda to fight opioid abuse in recent years said the new legislation strikes a balance between law enforcement and treatment.

During the signing event, Nygren focused on positive progress that has been made fighting the opioid epidemic so far.

As Kyle Rittenhouse Fights Homicide Charges, Some Conservatives Portray Him As Hero
Coronavirus Update: Wisconsin Sees Highest Ever Rate Of Positive Tests
Milwaukee On Pace To Break Homicide Record
Conservative Group Seeks Immediate Stop To Wisconsin Mask Mandate
With COVID-19 On The Rise In Wisconsin, Many Schools Have Transitioned To Virtual Learning