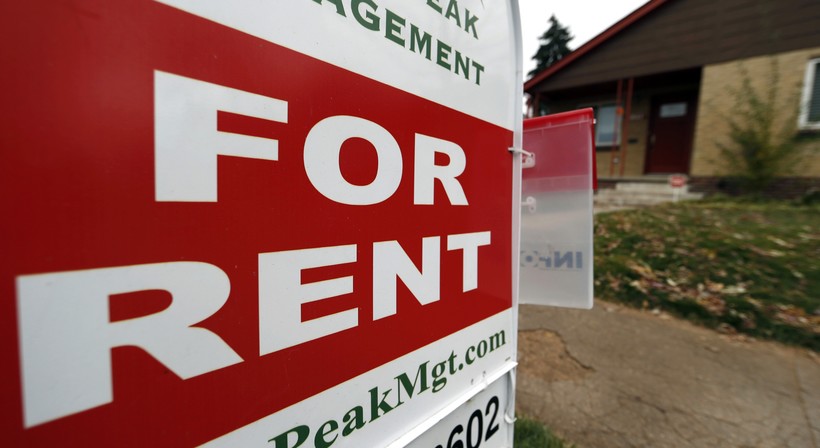 More Relief In Sight For Those Struggling To Make Rent, Mortgage And Utility Payments

People who are struggling to remain in their homes and pay their utility bills may be able to access billions more in housing and energy assistance under the recently signed $1.9 trillion COVID-19 relief package.

That money is on top of $25 billion in rental and utility assistance provided as part of a $900 billion COVID-19 relief deal reached in December. Millions of Americans are behind on their rent and mortgage payments, and the nation could be facing a housing crisis after federal judges deemed the Centers for Disease Control's eviction moratorium unconstitutional.

Gov. Tony Evers recently announced $322 million would be available through the Wisconsin Emergency Rental Assistance Program as part of roughly $387 million awarded overall to Wisconsin and local governments that include Madison and Milwaukee. That money was included in the bill approved by Congress and signed by former President Donald Trump in late December.

Deb Heffner, housing strategy director at Community Advocates in Milwaukee, said they’re going to need the third round of COVID-19 relief to sustain resources for those in need.

"So, it seems like so much money, but when you put it in perspective of how many households that are in queue and that continue to apply… they need more long-term help as well," said Heffner.

The Milwaukee-based nonprofit has been distributing rental assistance for Milwaukee County and will soon begin administering aid for Waukesha County under a $12 million contract. Community Advocates has received more than 9,000 applications for assistance during the pandemic, providing help to roughly 5,000 households.

The Milwaukee nonprofit spent just under $11 million in CARES Act assistance from June through January, exhausting those funds. Now, they’re using around $10.6 million provided through the deal reached in December to process the remaining 4,000 households that are still waiting for help in Milwaukee County.

"And, we continue to get new applications on a daily basis," said Heffner.

Community Advocates, which entered 2020 with around $200,000 for rental assistance, has gone from a staff of 10 to 30 team members to meet demand for assistance. Heffner said they switched to processing applications online to become more efficient, and they’re still hiring to help get resources out the door.

Tom Content, executive director of the Citizens Utility Board, said the latest relief package should translate into hundreds of millions of dollars for those most in need across the state. Yet, he noted consumer advocates and utilities had requested $10 billion in energy assistance as opposed to the $4.5 billion allocated through LIHEAP.

"I think even this may not fill the entire gap for low-income customers, and that's why it's important that they included utility bill assistance in some of these other programs," said Content.

Content said the federal funding may help bring down the amount that utility customers owe in past-due bills as the result of a year-long moratorium on utility shutoffs that’s set to expire April 15.

"It's possible that it won’t wipe out the entire problem, but it could help," said Content. "And that's good from the standpoint of all customers down the road, if utilities need to recover that from customers in the future."

Nearly one-third of residential customers among the state's five largest utilities had past-due bills as of August, according to data provided to the Public Service Commission (PSC). Those balances amounted to $235.7 million. In comparison, about 12 percent of customers had past-due balances in April 2019, amounting to $184 million. Those figures were roughly the same in April 2018.

As past-due balances grow, the commission asked gas, electric and water utilities to submit comprehensive plans for dealing with delinquent bills. In comments submitted to the PSC on Monday, the Wisconsin Utilities Association said it was premature to order utilities to report plans for collecting past-due balances since it’s so far unknown how much assistance may become available to customers through the recently signed relief package.