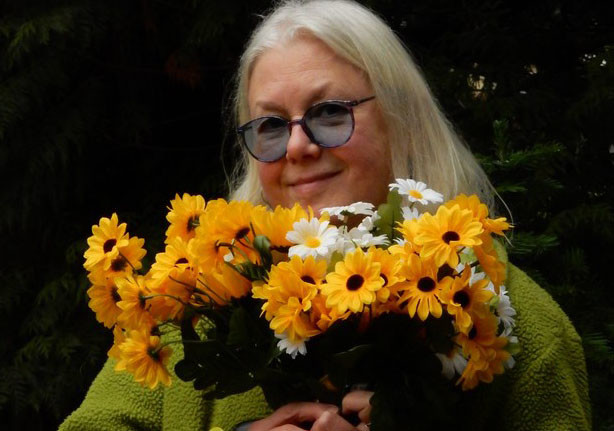 The movie "Harold and Maude" was released in 1971. It stars Bud Cort and Ruth Gordon in what could well be their most memorable roles.

The film combines dark comedy with drama to create a movie that gives us a new way to think about love. And it features a memorable soundtrack by Yusaf Islam (alias the artist formerly known as Cat Stevens).

More than 50 years after its release, "Harold and Maude" still holds up.

Heidi Greco is the author of "Glorious Birds: A Celebratory Homage to 'Harold and Maude." Greco says that this movie is one of a kind in the genre of unconventional romances.

"The main way that it is unconventional is the fact that Maude is pretty well four times Harold's age," Greco told WPR's "BETA." "She's about to turn 80 and he is about 20. It's never specified exactly, and I cannot think of another film where such a huge age difference occurs. But I do point out, and it will always bother me, that in our culture, it's perfectly acceptable for an 80-year-old man to have a 21-year-old piece of eye candy female on his arm. But the other way doesn't work."

Harold has an obsession with death; he stages fake suicides, attends funerals for complete strangers and drives a hearse. This may have something to do with his rich mother's efforts to play matchmaker for him by arranging blind dates, much to Harold's dismay.

The film opens with a series of Harold's fake attempts to commit suicide.

"The thing that I think is the most important about the first suicide is the fact that the film begins with it and that the film begins in darkness," Greco said. "Harold appears only feet first, walking down the stairs in quite a dark afternoon. And then he lights candles and they're the only illumination. And I can't help but think that one of the reasons this film came out at solstice on Dec. 20 of 1971, almost solstice, is that the whole film proceeds from darkness to light."

Hal Ashby directed "Harold and Maude." It was his second film, and Greco strongly admires the style he brought to the movie.

"Well, he brings that wonderful vision of a world that will be filled with peace and love rather than one that is filled with war and hate. I love the little touches that he does where he does his little Hitchcock cameos in the films. He was a visionary and he did things his own way. Yet another inspiration to me to do things my own way," Greco said.

According to Greco, the most poignant anti-war scene is when the camera pulls back on a shot of a Veterans Cemetery filled with white gravestones.

"The camera pulls back and back and back and back and back until we're viewing thousands of graves of Veterans," she said. "If that isn't a powerful statement against war, I cannot imagine it being interpreted in any other way. And of course, when Harold manages to get out of the draft, everything about the scene is ironic because Maude is helping him. She's carrying a peace sign, which he grabs and chases her with it, wielding the peace sign as a weapon. And then Harold is finally excused from military service because he is clearly too rabid about his own violent actions."

Along with the anti-war theme comes a theme of environmentalism in "Harold and Maude." Greenpeace was founded in Vancouver, British Columbia in 1971, the same year that the film was released. The scene in which Maude rescued the little tree and took it to the forest resonated with Greco; she developed an appreciation for the Earth and the environment.

The music for "Harold and Maude" was composed and performed by Cat Stevens. In her book, Greco writes that "the soundtrack serves as connective tissue to the film from the first scene to the last." She explained that this quote was applied originally to Mike Nichols's 1967 film, "The Graduate," and the way that the Simon and Garfunkel soundtrack was used in that movie.

Greco said that she believes that was the inspiration for Ashby to create "the same kind of unified soundtrack to hold his film together."

"(Ashby) apparently almost got Elton John, and then Elton John recommended his friend Cat Stevens, and suggested that his music might be more suitable," Greco said. "Cat Stevens chose tunes from two previously published albums, but then there were two gaps in the soundtrack, and Cat Stevens had to write two more songs, both of which he thought weren't ready. But Ashby liked them as they were."

Greco said she ultimately learned a lot about changing the status quo and growing with the times from "Harold and Maude."