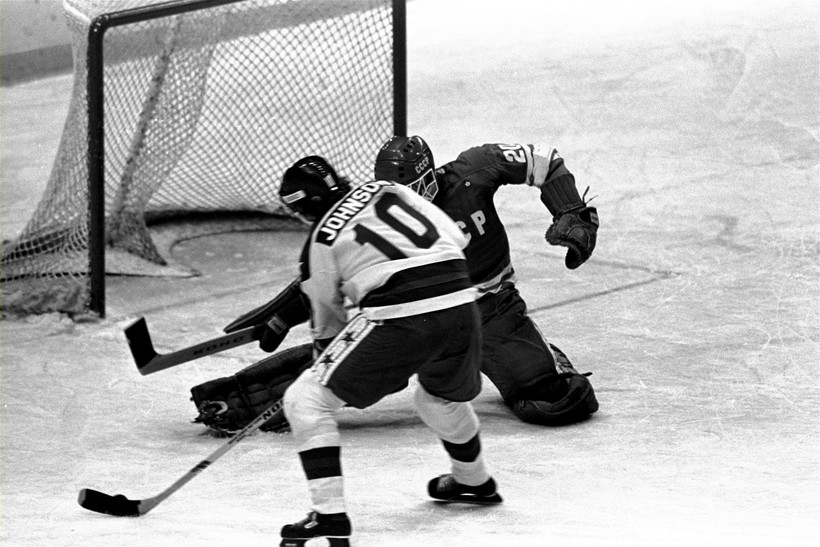 In this Feb. 22, 1980 file photo, The United States' Mark Johnson (10) prepares to shoot puck into the net for the second U.S. goal in the first period of a semifinal hockey game as the Soviet goalie Vladislav Tretjak defends at the Winter Olympics in Lake Placid, N.Y. The U.S. won 4-3. File/AP Photo

Mark Johnson has led the University of Wisconsin-Madison to five national championships as head coach of its women’s hockey team. As a player, he holds the record for career goals by a Badger. Though he went on to play 11 seasons in the NHL, Johnson’s most famous achievement came as an amateur in Lake Placid, New York.

Saturday marks the 40th anniversary of the "Miracle on Ice," when an underdog team of American college hockey players upset the defending gold medalists from the Soviet Union at the 1980 Winter Olympics. Johnson scored two goals in that game, which Sports Illustrated named the greatest moment in sports history.

Members of Team USA, which went on to win the gold medal game against Finland, will celebrate the anniversary this weekend at a reunion hosted by the Las Vegas Golden Knights. Eighteen of the 20 players on the American team will attend the two-day celebration, according to NBC Sports. That includes team captain Mike Eruzione, goalie Jim Craig and Johnson, who led the team in points.

"Anytime you get a chance to spend even a few days with that group of people, it's fun," Johnson said.

With political tension between the U.S. and Soviet Union running high, the 1980 upset felt like an ideological victory for many Americans.

It was also a surprise. The Soviet Union won four consecutive Olympic gold medals from 1964-1976. When Team USA faced the Soviet Union in an exhibition match at Madison Square Garden before the 1980 Olympics, the Americans lost 10-3.

That loss capped off a 61-game, pre-Olympics tour, during which Johnson led Team USA with 38 goals and 92 points. Johnson and his teammates don’t talk much about what happened in the games they played together, he said. Rather, they reminisce about time spent on buses, in hotels and over meals.

"With the Olympic team, 40 years later when we get together, it's like you've never been separated," he said.

After Team USA won its gold medal, Johnson went on to play for the Pittsburgh Penguins, Minnesota North Stars, Hartford Whalers, St. Louis Blues and New Jersey Devils. Playing for lots of different coaches helped him develop his own coaching style, he said.

"You've got a lot of tools in your toolbox that you can pull out, but certainly being part of that group back in 1980, you pull a lot of things out of that that were helpful back then and certainly can be helpful today," Johnson said.

While it’s fun to win as a player, it feels a little different as a coach, Johnson said. 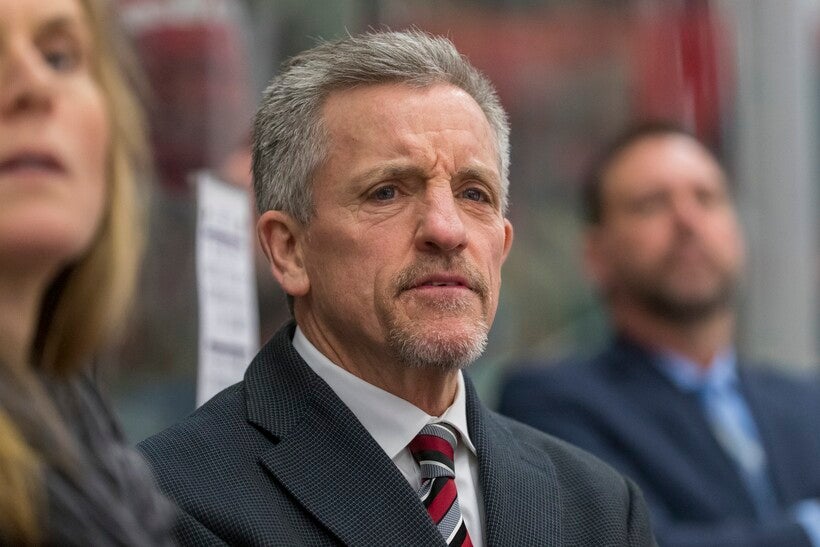 "I think as a coach, it's special because you're giving those kids memories and something that they take away from there that they'll never forget," he said.

A passion for Wisconsin hockey runs in Johnson’s family. His father, "Badger Bob" Johnson, coached UW-Madison’s men’s hockey team to three national championships. He won a Stanley Cup as coach of the Pittsburgh Penguins and is a member of the Hockey Hall of Fame.

Map: Tracking The Spread Of The Coronavirus In Wisconsin
Live: What To Know March 28 About COVID-19 In Wisconsin
What To Know About Wisconsin's Coronavirus 'Stay-At-Home' Order
COVID-19 Deaths Concentrated In Milwaukee's African American Community
Here's Why So Many COVID-19 Tests Are Coming Back Negative