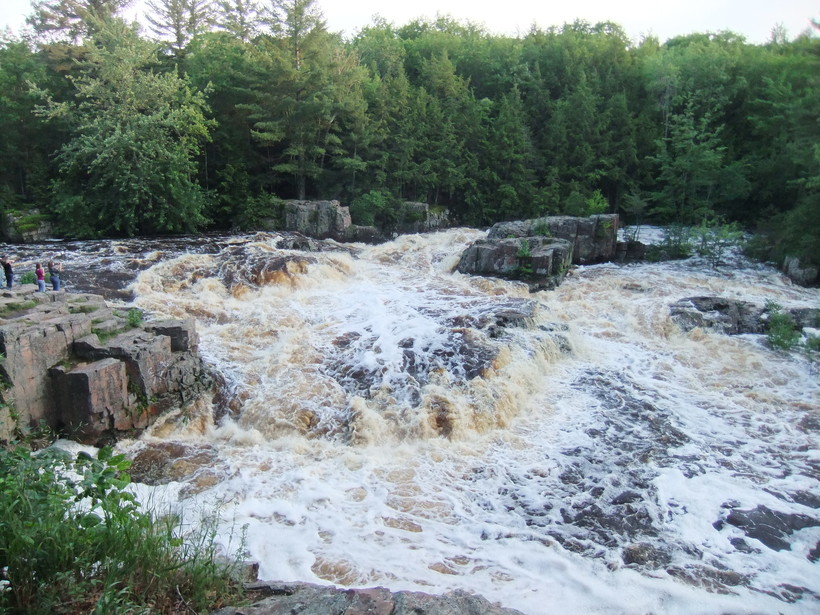 Company still needs approval of its plans from state and local regulators
By Danielle Kaeding
Share:

A mining company plans to begin exploratory drilling of copper and gold near Wausau next winter, although the company’s CEO said they still need to obtain approval from local and state regulators.

Toronto-based GreenLight Metals shared its plans to drill as part of a presentation before the joint environmental resources committee in Marathon County on Tuesday. The company is doing business in the state as Green Light Wisconsin, which has an active exploration license.

Green Light plans to explore the Reef deposit roughly 12 miles east of Wausau in Marathon County near the Dells of the Eau Claire River. The deposit contains around 454,000 tons of gold reserves.

Dan Colton, president and CEO of GreenLight Metals, told county officials the company has collected data on wetlands and endangered species near the site. Colton said details on wetlands will be submitted to the Wisconsin Department of Natural Resources within the next week, but the company doesn’t plan to submit a notice of intent to drill detailing the company's plans for another two months.

"Because we don't plan to start drilling until conditions freeze up on the site," said Colton.

The company also needs to complete an application to obtain an exploration permit from Marathon County.

While nothing is certain, the project could lead to the first metallic mine in Wisconsin since Republican lawmakers lifted the state’s sulfide mining moratorium in 2017. The moratorium required companies to prove other mines operated and then were closed for 10 years without causing environmental harm. Metals like gold and copper that occur in sulfide ore bodies haven't been mined in Wisconsin since the Flambeau mine shut down in 1997.

Colton said the company wants a closer look at the geology of the gold-copper deposit, saying it contains "high grade" gold. He said the gold averages around nine grams per ton, claiming one golden-crusted boulder discovered in the area in the past contained 400 grams per ton.

“That's close to 11 ounces per ton of gold, and that is just Bonanza grade,” said Colton. “It is very rich.”

Green Light plans to conduct drilling in two phases that each would span six weeks. Once drilling is finished, the company would send core samples for testing to analyze their gold content.

The company's plans have attracted mounting opposition from environmentalists and Wisconsin tribes. In Wausau, yard signs opposing the project have begun to appear.

Last month, the Ho-Chunk Nation passed a resolution formally opposing the project. Ho-Chunk public relations representative Ryan Greendeer told WPR the tribe is convinced the potential for water contamination outweighs any economic benefits the mine could bring to the region.

"The Ho-Chunk Nation is not opposed to development," Greendeer said. "The problem comes when all of those natural resources are being exploited, and it's not being done in an ethical manner."

The project is not on tribal land, so the Ho-Chunk Nation is not directly involved in the project’s permitting.

During public comment, Menominee tribal member Guy Reiter urged county officials to include tribes as they review the company’s plans.

"Every time these mining companies come into the community, it's the same strategy they use over and over again," said Reiter. "But when you look at everything that they've done, in their track record, in any community they’ve ever gone to, the community suffers."

Community members expressed fears that any drilling or mining in the area would threaten the region’s water quality.

"Sulfide mining, always and by its very nature pollutes and toxifies the water in the area and downstream, no ifs, ands, or buts," said Dan Barth, a Town of Knowlton resident.

Stephen Donohue, a hydrogeologist and board member with GreenLight Metals, said the company plans to conduct water quality monitoring upstream and downstream during exploration.

The company also plans to test water used during drilling for so-called forever chemicals known as PFAS, which have been detected in all the city’s wells. Residents have expressed fears that drill fluids may introduce the chemicals into groundwater. Donohue said they will confirm no PFAS is present before drilling and use only DNR-approved drilling products.

"Our groundwater experts have been reaching out and speaking with the drilling fluid manufacturers, and, so far, we have not found any that contain PFAS in them," said Walls.

But Langlade County resident Ron James questioned how the DNR can be certain without testing. He wants the agency to test any drill fluids that would be used to confirm they don’t contain PFAS.

The company said the deposit could help meet growing demand for metals that will be needed as part of the clean energy transition. In March, President Biden invoked the Defense Production Act to ensure access to critical minerals through environmentally responsible domestic mining, recycling and reuse. The shift to electric vehicles, solar plants, and wind farms is set to increase demand for minerals like lithium, nickel and copper, according to the International Energy Agency. Gold isn't listed among them.

A 2021 report by the agency said demand for copper is expected to grow more than 40 percent to reach goals under the Paris Climate Agreement. Gold is used in many electronics, and one recent study said it could be key for storing hydrogen as a carbon-free energy source.

As the company moves forward, Colton said there’s no economic case to build a mine until they find out more about the resource.

"There's a very good chance you might see us walk away from this project," said Colton. "On the other hand, if we drill and the data comes back, and looks great, we got a feeling for structure, we actually find some gold and expand the resource, I would say that you can expect probably three to four more years of drilling."

Even if there’s enough gold at the site, Colton said it would be six or seven years at the earliest before the company would submit an application to mine.