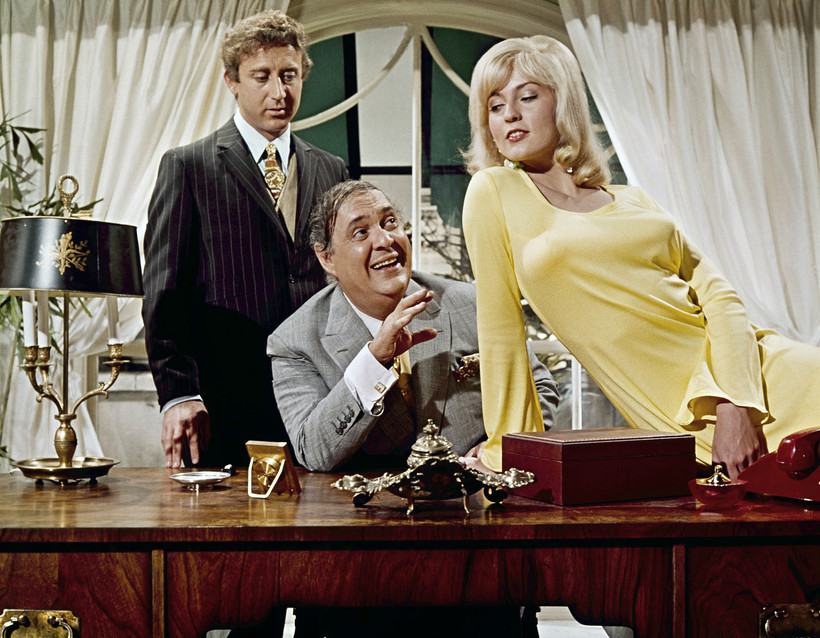 Lee Meredith with Zero Mostell and Gene Wilder in a scene from the movie "The Producers" July 1967. AP Photo

Comedy Legend Mel Brooks Made Directorial Debut In 1967 With 'The Producers'
By Doug Gordon
Share:

Mel Brooks is a comedy legend.

He's made many hit comedy films, including his 1967 directorial debut, "The Producers."

But before he took action, Brooks spent a lot of time pondering the idea for the movie, Patrick McGilligan wrote in his book, "Funny Man: Mel Brooks." McGilligan told WPR’s "BETA" that Brooks spent about 10 years thinking about "The Producers."

"During the last days of his first marriage, he woke his wife up one night and showed her a yellow pad with the first scribbled words of what was then going to be in its early stages, a novel set in England about producers," McGilligan said. "And then a long period of time went by, during which he began to think of it as a Broadway play, ironically, because it becomes a Broadway play in the third act of his life."

But it really took a collaborator to come along to help Brooks put together the screenplay for "The Producers."

The collaborator was a woman named Alfa-Betty Olsen who also served as the casting director of the film.

"There is an Alfa-Betty Olsen behind most of Mel's films, meaning there are unsung collaborators and very important contributors who, in the case of Alpha-Betty, don't get credited," McGilligan said.

Olsen thought Brooks was hilarious, and she was just happy to work with him on "The Producers," McGilligan said. She was in love with show business and became friends with Brooks at a house party during the 1960s.

Olsen was a "very funny, smart, serious writer who had not really the same drive and ambition to blaze her name in the sky the way Mel does, and was happy to serve for a while as his muse and as his typist and as his secret helper," McGilligan said.

"The Producers" is about a theater producer named Max Bialystock, played by Zero Mostel, and an accountant named Leopold Bloom, played by Milwaukee's Gene Wilder, who come up with an idea to stage the worst possible musical. They can oversell shares and make a profit because nobody will bother auditing the books of a show that lost money. Then Bialystock and Bloom can fly off to Rio de Janeiro with the profits. However, the musical, "Springtime for Hitler," becomes a huge hit.

So how did Brooks come up with these two characters?

"Some people would say it was two sides of the ego, the one outsized, flamboyant, acting out the extrovert and the other the introvert," McGilligan explained. "And Mel would sometimes say they were both sides of him. So Gene plays the kind of sheepish, reticent, shy, bookwormish accountant and Zero Mostel is the lecherous, scheming, greedy producer."

It took Brooks a while to find his comfort level while directing his first film, McGilligan said.

"He would be very upset if people followed the script without improvising sometimes and vice versa, very upset if they improvised without following the script," he explained.

Brooks liked improvisation because he usually cast the kind of actors who would bring a little something extra to the scenes that he had written. McGilligan said there was a story that might have been apocryphal about Brooks being so nervous that during the first take of shooting, he called out "cut" instead of "action."

"There were a lot of nerves on that production," McGilligan said. "And there are a lot of showdowns between Brooks and Zero Mostel. Brooks and his producer. That energy, that sort of frenetic energy, the sort of lack of conventional approach in both the camera work and the staging, really makes the film stand out."

As McGilligan writes in his book, spontaneous decisions resulted in some of the most fondly remembered highlights in "The Producers."

For example, Brooks wanted to use one of the songs from "My Fair Lady" for the Hitler audition scene. Unfortunately, they couldn't afford the rights. So Olsen went to Lincoln Center to research other music options, and she saw the fountain spurting up into the air as it does every so often. She realized that this fountain would serve as the perfect location for the film’s climax.

"She killed two birds with one stone by having this idea," McGilligan said.

Olsen took Brooks there, and he agreed it was the perfect location for the climax where Bloom agrees to participate in the scheme with Bialystock.

"And that led to this marvelous sequence, which was pretty improvised of all these actors that they brought in from around Broadway who tried out for Hitler in the movie," McGilligan said. "And it's kind of a montage of auditions, which is very, very funny."

How was original film received by the public and critics when it was released in 1967?

McGilligan said Brooks always claimed there was some dissension among the critics because sometimes the dissension was in the same review.

"Critics would say this movie really, really made me laugh, except for the really tasteless parts that made me cringe," McGilligan said. "Even the reviews that were bad usually said, 'But I laughed really hard.'"

Decades later, in 2001, Brooks and playwright Thomas Meehan created a musical version of "The Producers."

Brooks wrote and composed the music and lyrics. The original Broadway production starred Nathan Lane and Matthew Broderick and won 12 Tony Awards. This led to a successful London production and other productions around the world, culminating in a 2005 film version.

So what does McGilligan think of the musical version of "The Producers"?

"The problem with 'The Producers,' the film, and the property as you watch it today is that so much Nazi humor has gone by the boards, including so many Hitler imitations. And Nazis and Hitler are very, very important to Mel’s sense of humor," McGilligan said. "By the time it turns up on Broadway in the early 2000s, it's tasteful in our culture and it's becomes kind of a smooth return to oldies that you loved. As such, it's great and was a tremendous hit." 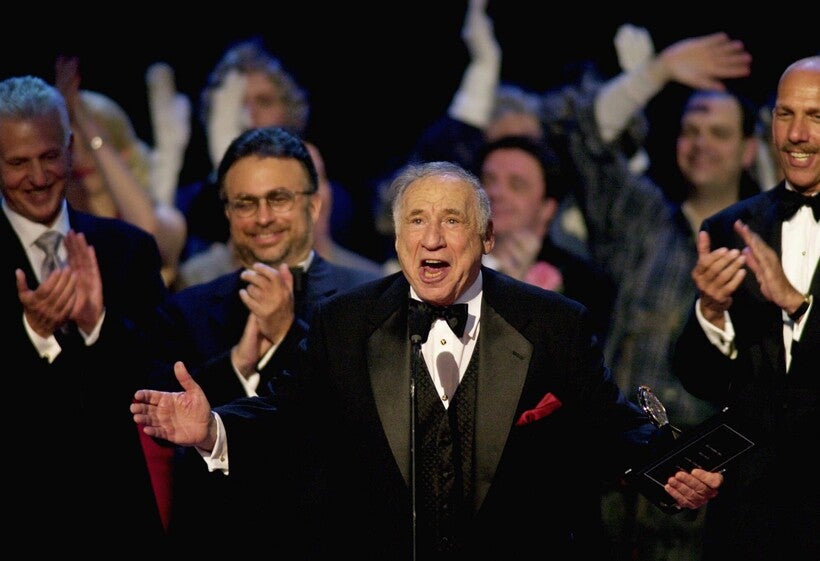 "The Producers" is widely considered to be one of Brooks' finest films and one of the great screen comedies of all time.