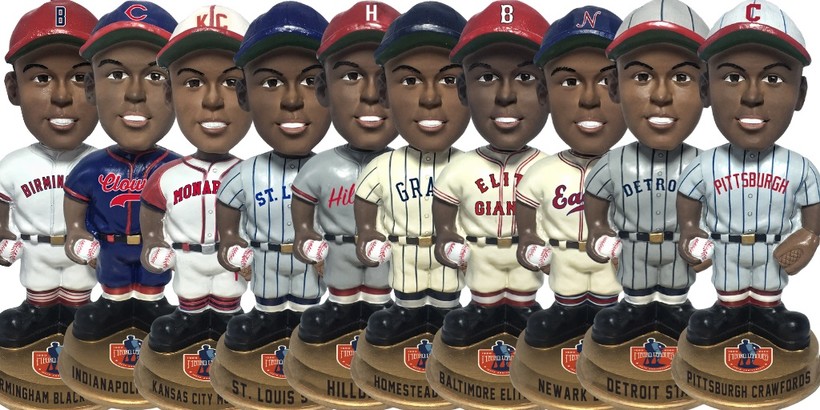 With a new Kickstarter campaign, the National Bobblehead Hall of Fame and Museum in Milwaukee aims to honor an important but underappreciated part of baseball history.

The museum and its partners launched a campaign Friday to raise funds to create bobbleheads commemorating 10 Negro League baseball teams. The campaign reached its initial goal of $7,500 in fewer than 24 hours. If the museum raises $15,000 by the end of the month, it will create bobbleheads representing 15 different teams including the Birmingham Black Barons, the Baltimore Elite Giants and the St. Louis Stars.

"We think bobbleheads are a great way to really celebrate the league and the players and keep their memory alive," said the museum’s founder and CEO Phil Sklar.

The timing is perfect for the project, Sklar said. Rube Foster founded the Negro National League on Feb. 13, 1920. Not only does this month mark the 100th anniversary of Negro League baseball, but it’s also Black History Month and Spring Training is just weeks away.

Teams from Major League Baseball, the National Football League and the National Basketball Association have all had commemorative bobbleheads since the 1960s. This will mark the first time Negro League baseball teams are represented, Sklar said.

As of Monday afternoon, 43 people had already contributed more than $10,000 to the project. The plan is to create 100 of each bobblehead, Sklar said. Those who contribute to the campaign will receive one or more bobbleheads depending on how much they donate. Extras might be available for sale from the museum, Sklar said.

The museum in Milwaukee will eventually have a full set of 15 bobbleheads representing teams on display, Sklar said. The aim is also to send a set to the Negro Leagues Baseball Museum in Kansas City. The Kansas City Monarchs were the longest-running Negro Leagues franchise. Both Jackie Robinson and Satchel Paige played for the Monarchs before joining MLB teams. 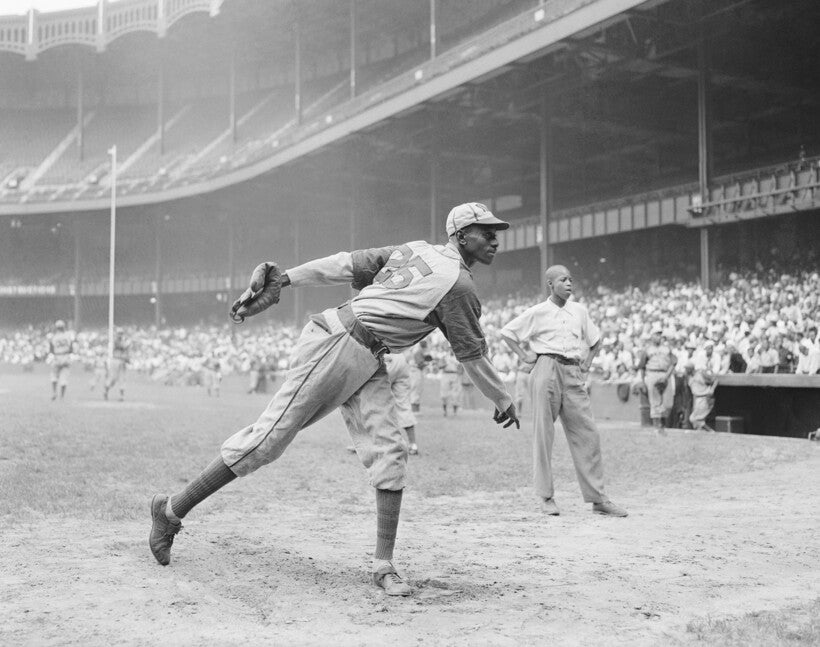 Kansas City Monarchs pitching great Leroy Satchel Paige warms up at New York's Yankee Stadium August 2, 1942 for a Negro League game between the Monarchs and the New York Cuban Stars. Paige was considered a top prospect for the major leagues after baseball's commissioner ruled that there were no provisions barring players of color from the majors. Matty Zimmerman/AP Photo

The Negro Leagues Baseball Museum has a centennial exhibit opening Thursday, Feb. 13. It will include the paintings that inspired the designs for the new bobbleheads. Lacking color photos of the players and their uniforms, artist Graig Kreindler worked hard to make sure the representations were as accurate as possible, Sklar said.

"Some of these bobbleheads have taken several months to develop just because we're trying to get every detail nailed down perfectly to really honor the league and the players properly," he said.

The paintings will be on display in Milwaukee this summer when the National Bobblehead Hall of Fame and Museum opens its own Negro Leagues exhibit. It will also feature the bobbleheads, artifacts and informational exhibits about the legacy of Negro League baseball and the Milwaukee Bears. The Bears played one season in 1923.

This isn’t the first time the museum has used Kickstarter for a project of this type. It raised more than $75,000 through a previous campaign to create bobbleheads of the 32 players who were named to the Negro League Centennial Team.