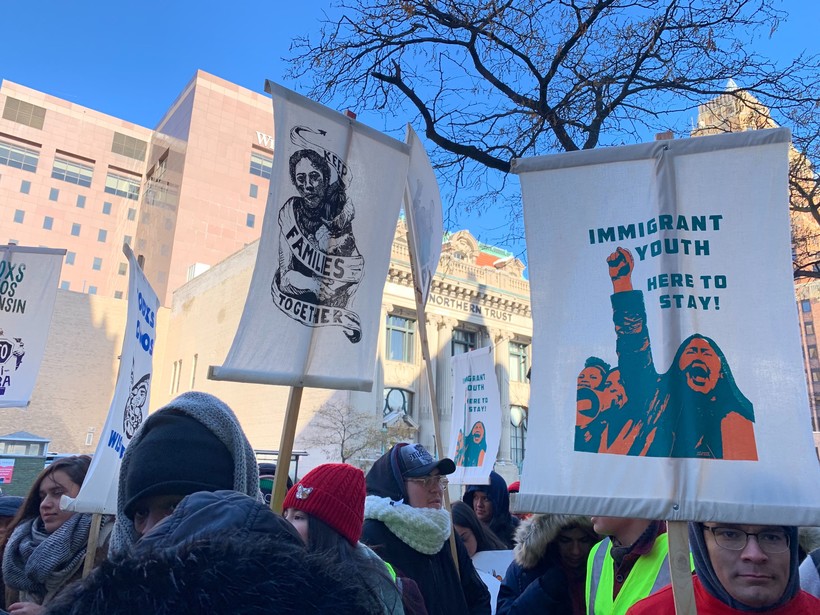 As the United States Supreme Court heard arguments in the case over President Donald Trump’s plan to end the Obama-era Deferred Action for Childhood Arrivals (DACA) program on Tuesday, Milwaukee immigration advocates and students gathered to rally support for those living in the country without legal permission.

DACA provides temporary legal status and protection to people who were brought to the U.S. illegally as children. The program protects almost 800,000 people — known as "Dreamers" — from being deported nationally. It protects nearly 8,000 people in Wisconsin.

Milwaukee students and members from Milwaukee nonprofits Voces De La Frontera and YES! (Youth Empowered in the Struggle) rallied in front of the Milwaukee Federal Building as part of the National Day of Action to Defend DACA.

DACA recipient Miguel Peralta immigrated to Racine when he was 2 years old. His parents came to the U.S. to be with family who already lived in the area. He became a DACA recipient at 17-years-old. He told WPR that he was rallying in 14-degree weather to show how ending DACA will impact Dreamers.

"What we could lose is our jobs, that’s one thing. Second our drivers’ licenses and for anyone that wants to keep going to school or college, we wouldn’t be able to keep going," Peralta said. 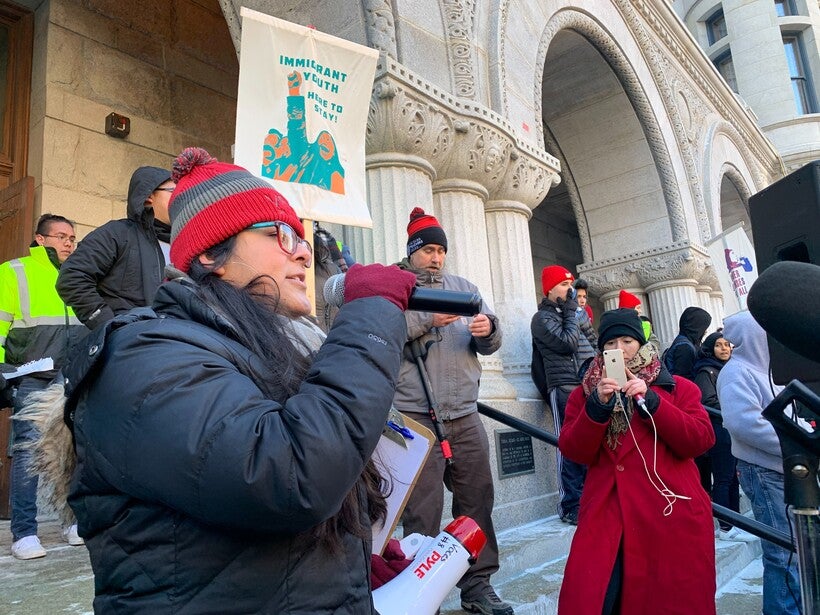 Alejandra Gonzales, an organizer for YES! stands on the steps of Milwaukee's Federal Building chanting to the crowd during a rally in support of DACA on Nov. 12, 2019. Alana Watson/WPR

NPR reports that Trump started the process of revoking the program shortly after he took office in 2017.

The court will rule on the program’s end next year.

Alejandra Gonzales, an organizer for YES! and a DACA recipient, said she was there to fight for Wisconsin's Dreamers.

"We are here to let our senators know that they need to stand by the almost 8,000 Dreamers in our state," Gonzales said during the rally.

DACA recipients don't have the right to vote under the program, but Gonzales said she hopes the community will come together and vote in support of Dreamers.

"We are telling the Supreme Court, we are telling our nation that we will not be intimidated. We will not give up without a fight," Gonzales chanted. "We are youth and we are empowered."