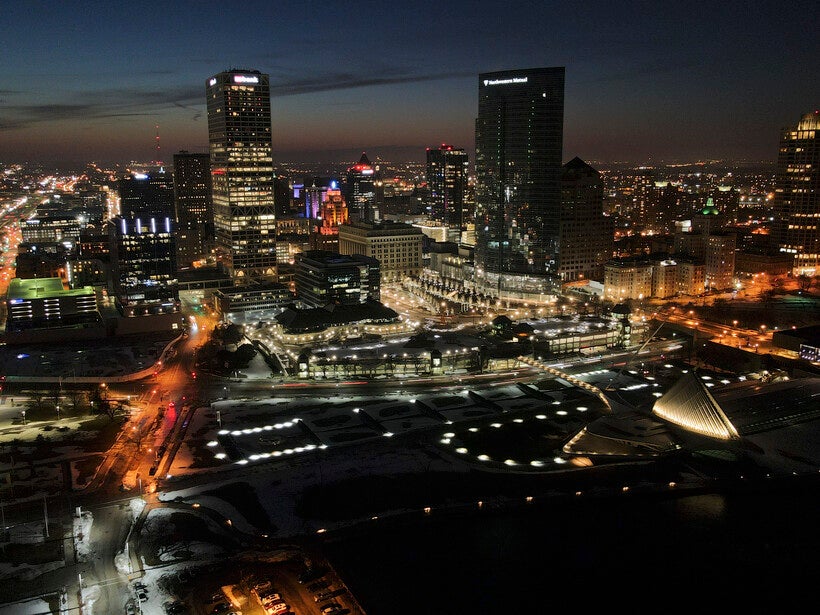 Milwaukee is stepping up youth curfew enforcement, but questions loom over the plan's effectiveness

Children under 17 now expected to be home by 10 PM most days, 11 PM Fridays and Saturdays
By Christine Hatfield
Share:

Milwaukee is stepping up enforcement of its youth curfew in the wake of recent shootings, but  research shows the policy might not have the effect city leadership hopes for.

Under the policy, children have to be home or accompanied by a parent or guardian after 10 p.m. Sunday through Thursday, and 11 p.m. Fridays and Saturdays. That will change to 11 p.m. every day of the week from June 1 to Aug. 31. A citation could carry a maximum fine of $200. Both the child and their guardian, along with businesses, could be cited under the ordinance.

Mayor Cavalier Johnson said the curfew would affect the entire city – not just the downtown area, where a series of shootings happened within the last week.

The stricter enforcement comes in the wake of Friday night shootings near the Deer District after the Milwaukee Bucks playoff game that evening. While those shootings haven't resulted in fatalities, three more shootings late Saturday and early Sunday did, and the county has seen an uptick in homicides.

Chicago adjusted its own curfew in the wake of a fatal shooting near Millennium Park over the weekend. Chicago Mayor Lori Lightfoot said Sunday unaccompanied teens would no longer be allowed in the park after 6 p.m. Thursday through Sunday.

"I do not want one citation issued," Norman said. "I don't want one child to be taken into our possession, but if it means that we have to step up and do it because someone else is not, guarantee it. I expect it and it shall be done."

Past research on juvenile curfews finds limited effects in terms of crime reduction.

A 2016 review from the nonprofit Campbell Collaboration of a dozen studies about youth curfews found that if curfews do have an impact on crime, it is too small to have been picked up on in research.

"Contrary to popular belief, the evidence suggests that juvenile curfews do not produce the expected benefits," a summary of the review's findings reads. "(A)ll the studies in the review suffer from some limitations that make it difficult to draw firm conclusions. Nonetheless, the lack of any credible evidence in their favor suggests that any effect is likely to be small at best and that curfews are unlikely to be a meaningful solution to juvenile crime and disorder."

Jyoti Nanda, an associate professor of law at Golden Gate University in San Francisco, called curfews a "Band-Aid policy to slap on to make communities feel somehow that a politician or an elected official is doing something to really address the causes."

"To me, it's sort of the laziest of solutions, and really harkens back to (the) '80s and '90s," Nanda said. "It feeds this kind of narrative that the children are to be feared, and when we say children … what comes to mind are not wealthy children in the suburbs, who tend to be mostly white in most cities, but they tend to be Black and Brown children."

There are questions of how youth curfews affect marginalized groups. The city council of Austin, Texas voted in 2017 to end its nighttime curfew, after a report on the law's impacts found it had a disproportionate effect on Black and Hispanic youth.

In a written statement, the American Civil Liberties Union of Wisconsin said curfews "allow law enforcement too much discretion over who they choose to arrest."

"As we've seen time and time again, police disproportionately target Black and Brown people," the statement reads. "(T)he fear is that people of color would likely bear the brunt of selective and biased enforcement of curfews."

Nanda said community-driven approaches such as job creation, housing and mental health counseling would better address the needs of those areas.

"If you walk into any of these communities that are currently being sort of plastered across our newspapers, and you talk to those children, and you ask them what they need, these are the things that they're going to tell you that they need," Nanda said.

Nanda said the increased enforcement Milwaukee intends to carry out could further strain the relationship between police and poor and marginalized communities.

"We are in a moment right now where communities are in a lot of pain," Nanda said. "If we want to really improve our communities, this is the exact opposite of what we should be doing."