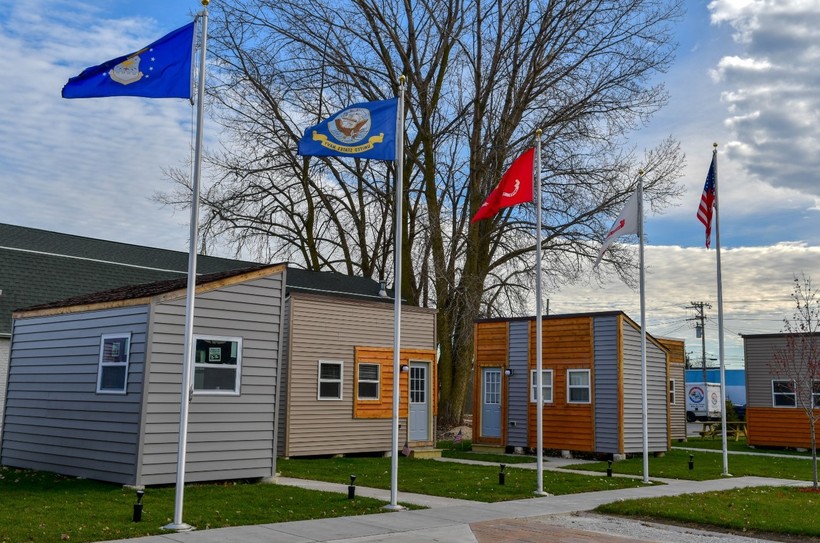 The James A Peterson Veteran Village in Racine, Wisc. Milwaukee's veteran tiny home community will be modeled after the Racine village. Photo Courtesy of Veterans Outreach of Wisconsin

Milwaukee Signs Off On Village Of Tiny Homes For Veterans

Construction On Community Of 48 Homes Slated To Begin In Spring
By Alana Watson
Share:

The city of Milwaukee is one step closer to having a village of tiny homes for homeless veterans.

On Monday, Milwaukee Mayor Tom Barrett signed off on the approved sale and project for construction to begin in the spring.

The effort is being led by Veterans Outreach of Wisconsin and Milwaukee Alder Chantia Lewis. The village will be modeled after a similar project in Racine.

The tiny homes initiative was approved Tuesday by the Milwaukee Common Council. Forty-eight homes and a community center will be built just west of North 60th Street and south of West Green Tree Road on the city’s northwest side.

Each home will be approximately 240 square feet, slightly larger than the homes in Racine, and include a half-bathroom. The community center will be 10,000 square feet and will house the showers, additional restrooms, a kitchen, and a common area. The goal is to give veterans their personal space while providing a common area where they can gather and socialize.

Lewis, a United States military veteran, represents the area where the veteran’s community will be. She said she fully understands how easy it is for a veteran to become homeless, and wanted to endorse an impactful program that could support those who have served.

"When you transition, your work experience may not translate into the civilian world, and it’s really difficult to get employment which people don’t really understand," she said.

"People don’t realize that when you serve, after you’re done, they say, 'Thank you, have a good day,' and let you just go out there," Lewis continued. "Which would be OK if people were welcoming when you come back home."

As of January 2018, there were 332 veterans experiencing homelessness in Wisconsin, according to the United States Interagency Council on Homelessness.

In July, Tim Lawrence, chairman of Veterans Outreach of Wisconsin, told WPR there are about 111 homeless veterans in Milwaukee. 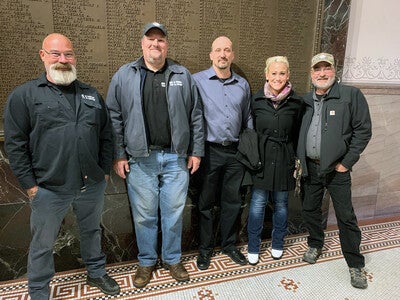 The program will provide housing for homeless veterans and veterans in danger of being homeless for up to two years as they transition into permanent housing. Veterans Outreach of Wisconsin assists homeless and at-risk veterans by providing shelter, food, and clothing through private funding and donations.

Jeff Gustin, executive director of Veterans Outreach of Wisconsin, said the village in Racine has been very successful, and they are ready to break ground in Milwaukee.

"There’s no state or federal money in our program," Gustin explained. "We do this through private foundations, corporate foundations, giving, and fundraising. We want to remain that way."

The James A. Peterson Veteran Village in Racine has 15 tiny homes and a community center. It opened in November 2017.

"There’s federal government programs out there, and we are trying to fill a void and a gap that they left open," Gustin said. "If we use federal and state money, we can’t fill that gap."

Lewis said there will be one or two tiny homes compliant with the Americans with Disabilities Act available for veterans living with a disability. The village will be a dry village with around-the-clock security. All resident applicants will receive a criminal background check.

"Everyone says, 'Why tiny homes?'," Lewis said. "Because it gives the opportunity to have a level of freedom and independence as well as support wrapped together."