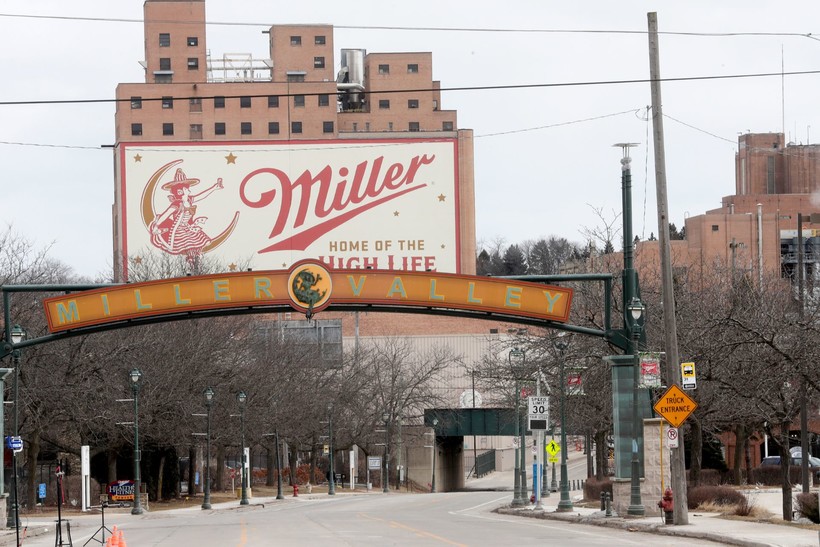 Authorities are continuing to investigate a shooting at the Molson Coors brewery complex in Milwaukee that left six people — including the gunman — dead.

On Thursday afternoon, the Milwaukee Police Department identified the suspect as Anthony Ferrill. Police said the 51-year-old Milwaukee man worked at the complex, and died of a self-inflicted gunshot wound.

Milwaukee police also identified the victims of the shooting, all who worked at Molson Coors. They include: Jesus Valle Jr., 33; Gennady Levshetz, 61; Trevor Wetselaar, 33; Dana Walk, 57; and Dale Hudson, 60.

Milwaukee Mayor Tom Barrett told reporters that the city, the Molson Coors family and the victims’ families are all hurting.

"What’s most important right now is that we as a community come together and put our arms around these grieving families," he said. "It is important, as the chief said, to give them privacy and we should respect that privacy. But we should also recognize that they're going to need our help as a community. Because they’ve gone through something no one ever wants to go through — a sudden, tragic, unexpected, unbelievable loss of life." 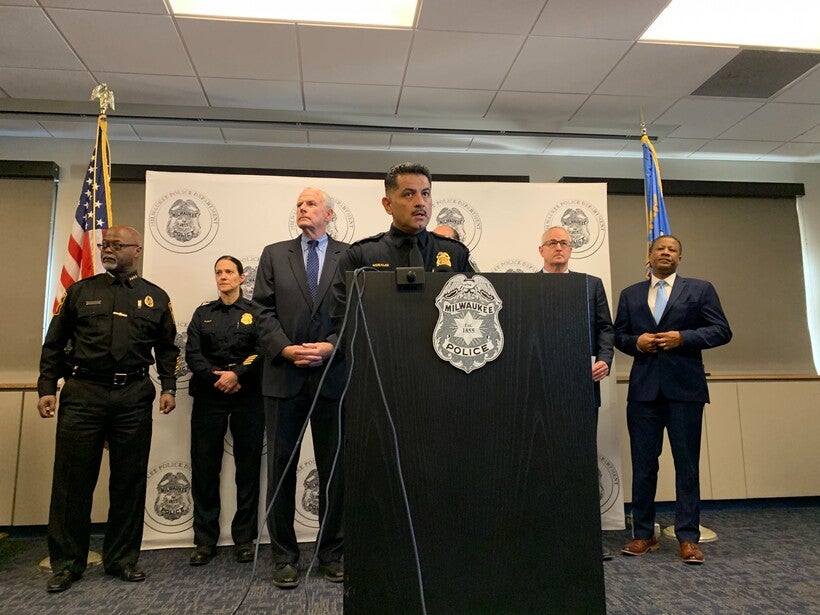 Kristin Ratliff, an employee at Molson Coors, told WPR the scene on Wednesday was intense. She was at McBob's Pub & Grill — who are donating $1 per sale to the victim's families — on Thursday after the offices were closed for the week.

"Shortly after 2 o’clock we had gotten an email from an alert system saying ... 'there’s an active shooter on campus, find someplace safe.' And we all just kind of stood and stared at each other like, 'Did you get that? Did you get that? Shortly after we heard all of the sirens," she recalled. "They already had State Street blocked off all the way up the 35th street. It felt like every cop in the city was there."

After more than three hours on lock down, Ratliff was finally able to go home.

"People didn’t start getting out of there until like 5:30 p.m.," she said. "Our offices are closed for the rest of the week, people even tried going and they were like, ‘No, go home."

"People process everything differently," she continued. "Some people need to decompress, we just need to get everything together and stick together."

What We Know About The Victims

A GoFundMe page has been set up for the family of Dana Walk. More than 75 donors have contributed a total of more than $3,500. A recent donor left a comment saying Walk is one of the "nicest people" she’s ever met. Walk enjoyed fishing, listening to music and working on home improvement projects, according to his obituary. The father of three was married to his wife, Dori, for 35 years. Memorial gatherings will be held for Walk later this week.

Gennady "Gene" Levshetz was a proud grandfather of two, according to his obituary. "He was a kind, caring and giving person who always put his family’s needs before his own," it said. A funeral service for Levshetz is scheduled for Sunday.

Trevor Wetselaar was a 2009 University of Wisconsin-Madison alumnus. He began working at Molson Coors in 2018, according to his LinkedIn page. Before that, he worked on nuclear submarines as a member of the U.S. Navy. Thursday, the Wisconsin Alumni Association released a statement saying, "the Wisconsin Alumni Association, along with Badgers around the world, are mourning the loss of UW-Madison alum Trevor Wetselaar. We send our thoughts and prayers to Trevor’s family and friends, as well as to the loved ones of the other victims killed at Molson Coors in Milwaukee."

According to the Milwaukee Journal Sentinel, Jesus Valle Jr. had worked at the complex since 2014 as a powerhouse operator. Dale Hudson worked there since 2008 as an electrician.

Ferrill's Neighbors React To The Shooting

The quiet, modest neighborhood on Milwaukee’s northwest side is lined with ranch style, single-family homes. Many of the owners, like Erna Roenspies, have lived there for several decades.

Roenspies said Ferrill, who purchased his home in the 8200 block of West Potomac Avenue in 2004, was a hard worker.

"He was a very good father, hard worker, did everything for his family," Roenspies said. "He worked very hard. Anyone who worked 12 hours a day, seven days a week, that’s a lot of hours. And that went on and on."

Ferrill lived in the home with his wife and 12-year-old daughter, Roenspies said. On their street, neighbors have an agreement when it snows, whoever wakes up first plows the sidewalk for everyone. 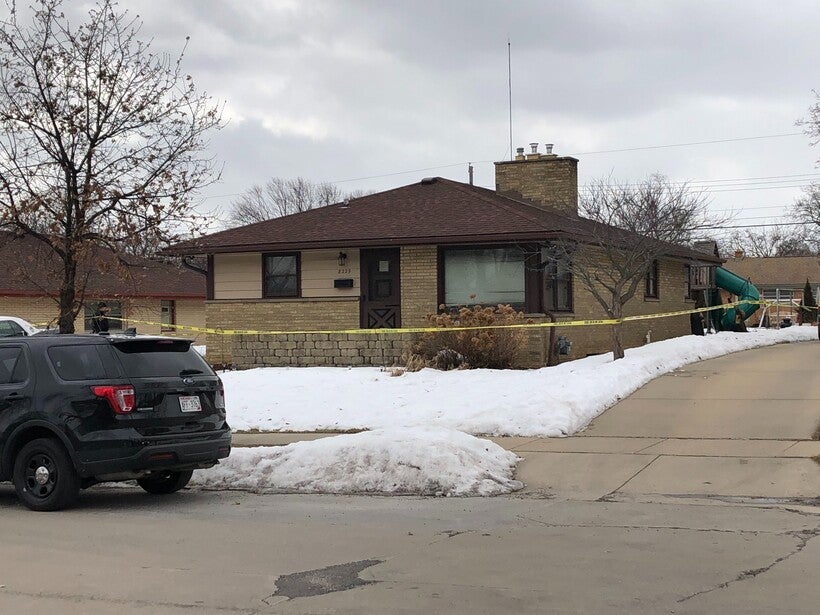 Suspect Anthony Ferrill's home on the 8200 block of West Potomac Avenue in Milwaukee was being searched by Milwaukee Police early Thursday morning on Feb. 27, 2020. Corrinne Hess/WPR

Because of that community spirit, Roenspies said she doesn’t know what could have made Ferrill kill his coworkers and take his own life.

"I would say to his family let’s all pray," she said. "Let’s pray for everyone. Something just triggered him. If they teased him, or harassed him and he just went off the edge or something. I don’t know."

Ferrill's neighbor Jim, who didn’t want to give his last name, said Ferrill was a good neighbor. He would take Jim to doctors appointments when needed.

"He was just a nice guy who walked his dog every day," Jim said. "I believe there’s a line in our life we could tip over or stay above. You’ll have to interview the people at Miller and find out what tipped my friend."

Thursday morning, Gov. Tony Evers signed an executive order to fly flags at half-staff as a "mark of respect for the victims of the mass shooting in Milwaukee." The order was effective immediately and states flags will be flown until sunset Thursday.

Hattersley said Wednesday night he spoke to many of the employees in Milwaukee and commended them for their bravery. 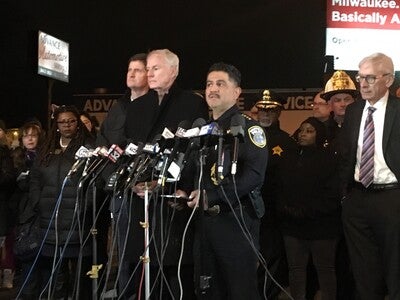 Evers attended a Wednesday evening news conference in Milwaukee along with Barrett, Lt. Gov. Mandela Barnes and Milwaukee Police Chief Alfonso Morales, where he asked for a moment of silence.

The Ridge Community Church plans to host a vigil Thursday night at 7 p.m.