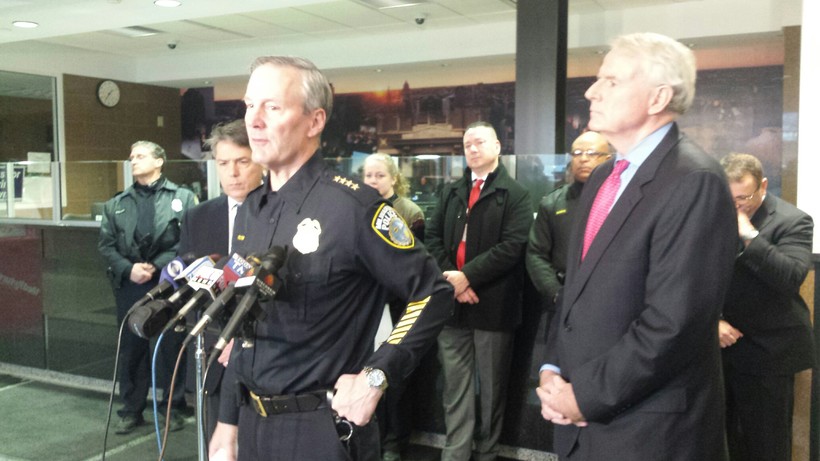 An increase in deaths related to car-jackings and other car thefts in Milwaukee has authorities asking the state and families for help.

Milwaukee police say that during the last year, 14 people in the city have lost their lives in crashes involving stolen vehicles. Milwaukee Police Chief Ed Flynn said in some of the cases, the thieves were juveniles who already had criminal records. Flynn said the juvenile justice system needs to find ways to discourage young people from stealing cars, and he said the state might need to play a greater role.

"You now, God forbid, it might require more state funding for state systems -- bite my tongue -- but I mean we certainly have to examine that, if we have a significant increase in the young people that are at risk doing harm and having harm done to them, then we gotta see what the capacity of that system is to deal with them," he said.

Flynn and Milwaukee Mayor Tom Barrett are also urging parents of teenagers to emphasize the potential consequences of stealing a car and for vehicle owners not to let their car warm up, unattended.

On Saturday in Milwaukee, police said a 16-year-old boy who was in a stolen car died when that vehicle crashed into another one.

UW-Platteville Richland campus cancellation of in-person classes 'should not be read as a sign' for other Wisconsin branch campuses
Wisconsin utility regulators approve rate hikes for We Energies, Wisconsin Public Service
Here's where Wisconsin will be watching the US Men's National Team vs. Netherlands in the World Cup
Policing pregnancy: Wisconsin’s 'fetal protection' law, one of the nation’s most punitive, forces women into treatment or jail
Thanks to the 'tripledemic,' it can be hard to find kids' fever-reducing medicines