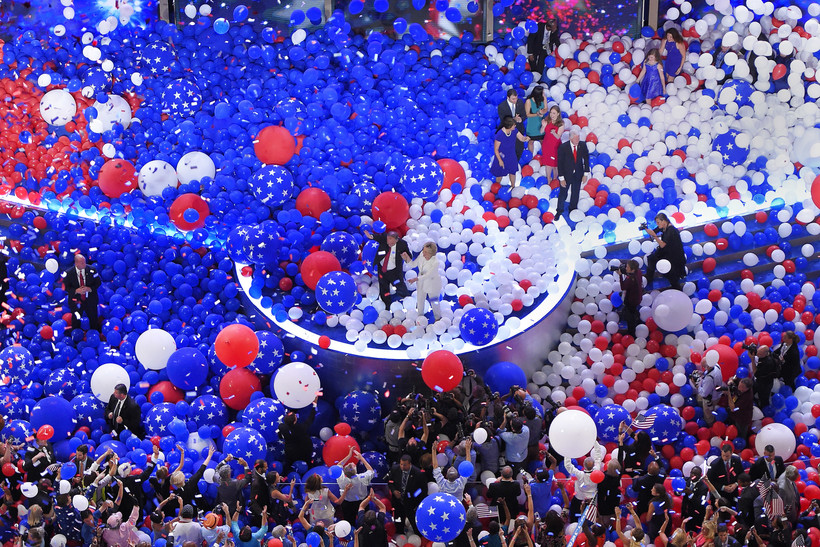 City leaders say Milwaukee will make a bid for the 2020 Democratic National Convention.

Congresswoman Gwen Moore, D-Milwaukee, says the national convention has quite an economic impact on the host city. Moore says two years ago, the DNC Convention brought 54,000 people and $231 million in economic activity to Philadelphia.

Milwaukee Metropolitan Chamber of Commerce President Tim Sheehy said it would be a "tremendous opportunity to showcase the world class facilities, business climate and opportunities that Milwaukee and Wisconsin have to offer." The city has the meeting space needed to hold the convention and Milwaukee’s suburbs have enough hotels to accommodate lodging needs, Milwaukee Mayor Tom Barrett said.

"Here we don’t have the traffic congestion that you’re gonna have in a Los Angeles, or a New York, or a Philadelphia — so the fact that you’re 30 miles away is not a big deal," explained Barrett.

Lasry said officials considered bidding for either the Republican or Democratic 2020 national conventions but they ultimately chose making a bid for the latter because of their timeline — the Democratic Party will pick its host city first.

"What they (political parties) have in common, for all their ideological differences, (is) they spend money in the local community and that’s what many of us are interested in," explained Barrett. "The color we’re looking at is green."

But Barrett said he’s willing to emphasize Wisconsin’s status as a swing state, suggesting it would be in politicians’ best interest to hold their biggest political event in Milwaukee.

"I’d be making that argument to the Democrats or the Republicans," Barrett said. "Show us some love, show us that this state matters and you may have a better outcome. There is an advantage to being a swing state."

In both 2008 and 2012 the state of Wisconsin went blue, voting en masse for former President Barack Obama. But in 2016, voters in the state swung to the right, voting for now President Donald Trump.

Wisconsin has never hosted a national convention for either of the major parties.

The DNC typically issues a formal request for proposals in the spring and visits the finalist cities late in the summer.