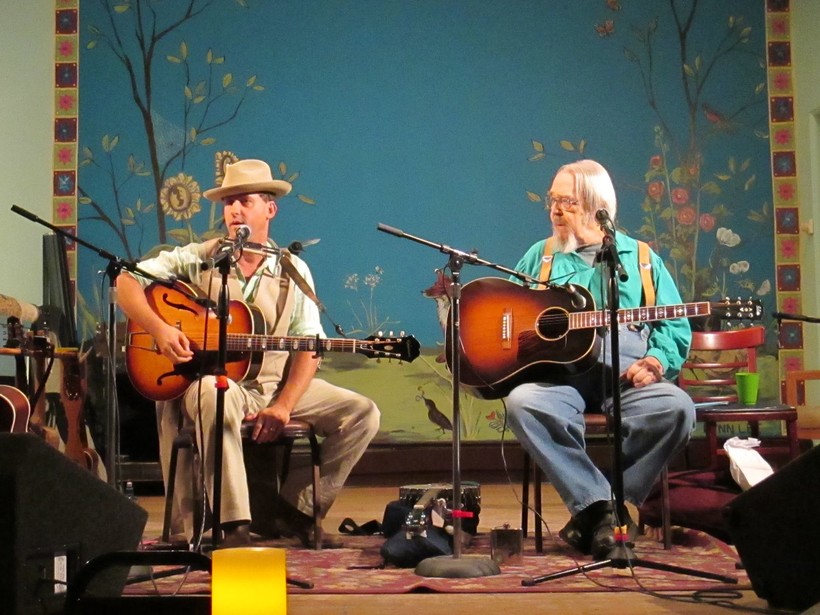 Larry Penn was many things: a truck driver, a union and social justice activist, a family man, and a musician. His wife Pat worked with children with disabilities, and she said that they don't write too many songs for these children.

He thought of that and the local bakery where you could pick up bags of broken cookies at a discount price, even though they tasted just as good ... and there you have the inspiration for this song, "I'm a Little Cookie," which was the title track to one of his albums.

Penn was from Milwaukee and he would often perform with another Milwaukee musician, Lil Rev, who's well known for his singing, songwriting and the many instruments that he plays, like the ukulele and harmonica. Back in 2013, they shared conversation and songs with "Simply Folk" host Stephanie Elkins, including this performance of "I'm a Little Cookie."

Penn passed away in 2014, but his legacy and his music are celebrated each year during the Larry Penn Tribute Concert. The fifth annual concert was held this past November, and included Lil Rev as well as other Milwaukee musicians and folk artists, like Will Branch, Patty Stevenson and Craig Siemsen.

This performance of "I'm a Little Cookie," is a tasty treat.