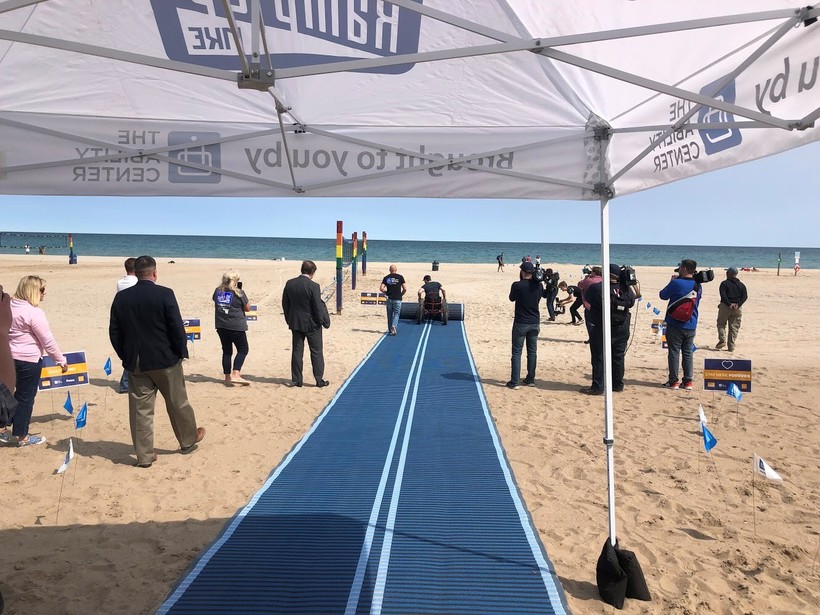 Unrolling a Mobi-Mat at Bradford Beach in Milwaukee June 3. Photo courtesy of The Ability Center

A Milwaukee-based non profit is working to make the city’s parks and beaches more accessible to people with disabilities.

Last week, founder and CEO of The Ability Center, Damian Buchman, announced a $100,000 plan to build a permanent ramp to the waterfront at the city's popular downtown Bradford Beach.

Buchman said the project is about more than access.

"It’s not so much whether or not it's accessible, but is there an opportunity there," he said. "Access means 'I can get in,' but when we focus on opportunity, it's about how much can you access and what can you do."

In the last few years, The Ability Center has partnered with Milwaukee County Parks to add ice skating sleds in Red Arrow Park and hand cycles in Veterans Park. Now, they have their sights on finishing the ramp, which has been in the works since 2015.

"We're talking about not only being able to go from A to B on the sand, but also all the way to the water," Buchman said. "Then including accessible beach wheelchairs that create independence so you can access the whole beach from A to Z." 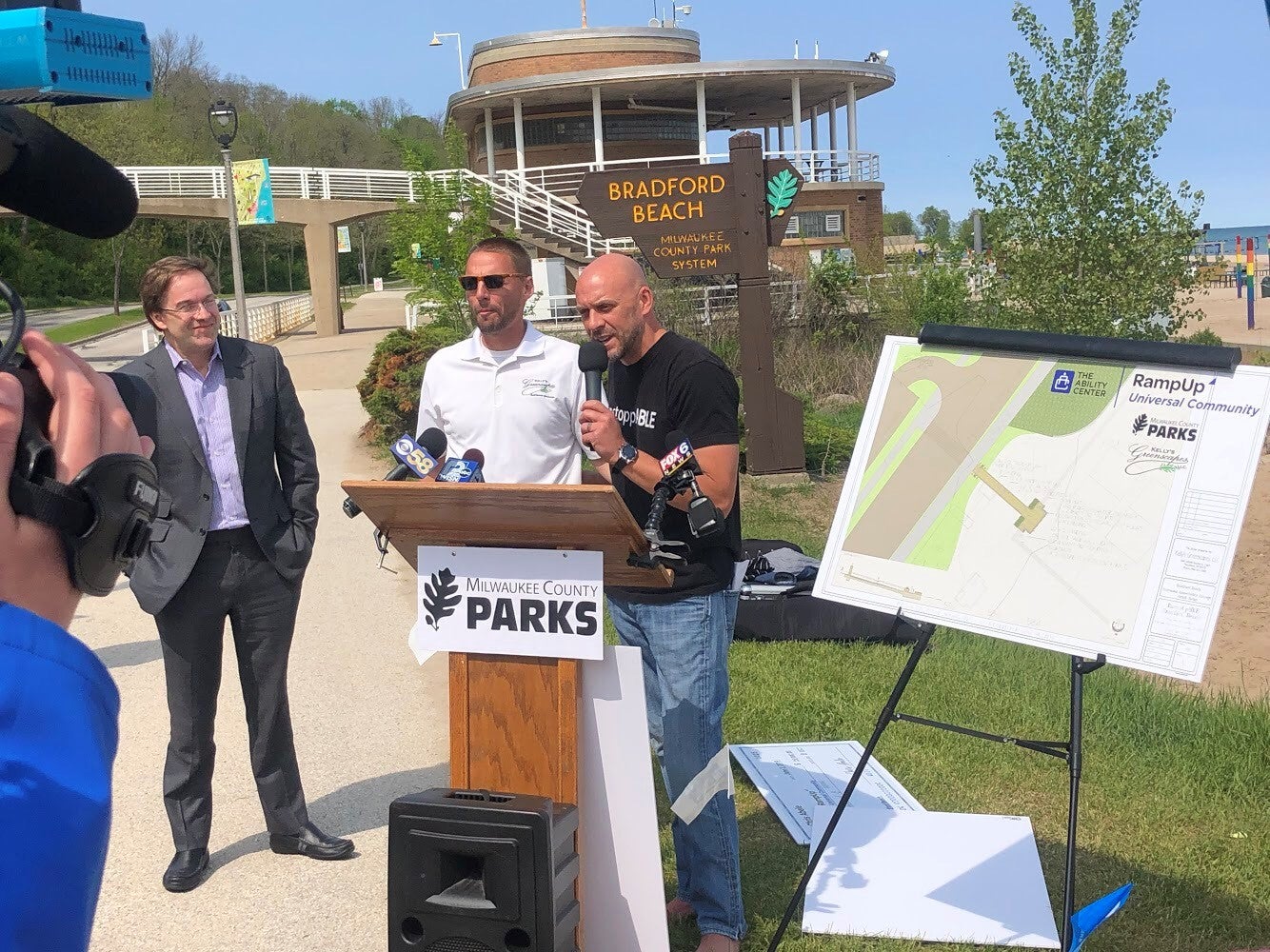 The plan — part of the RampUpMKE program, an initiative from The Ability Center to create more recreational opportunities for people with disabilities in the city — calls for a permanent 100-foot ramp that reaches about a third of the way to the lake with the distance finished by two portable, roll out mats, called Mobi-Mats.

"It goes over the sand, and allows you to extend for a more economical option," he said. "It can also be rolled back up at the end of the day ... and it's also not just good for people with disabilities, but also families with strollers, or people coming down to the beach with coolers."

Buchman hopes the ramp will be completed in the next couple of months, while there is still some summer to enjoy it.

The group launched a GoFundMe campaign to help reach their goal of $100,000. At the announcement, Milwaukee County Executive Chris Abele gave a personal check of $25,000 to the fund, and the Milwaukee County Parks Department donated $10,000.

Buchman himself said he knows what it feels like to not be able to participate in recreational activities with friends and family. He was diagnosed with bone cancer when he was 13 years old.

His goal is to increase opportunities for everyone to participate together, not to keep access separate.

"We're saying where are those opportunities for us to play as a family, as friends, as peers, as colleagues and in my community as opposed to always having to be a part of an adaptive sports team," he said.

Buchman says Milwaukee is leading the way in thinking about both the collective group, and independence in accessibility.

"We're thinking in our spaces, in the equipment we place, is that these are things that can be used by an individual alone, or also with the help of a caretaker," he said. "So we're leading the way a little bit in these spaces of making sure that if I want to access it by myself, and I have that capability, I can also do that." 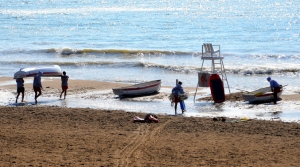 An initiative in Milwaukee aims to make public spaces--such as parks and lake beaches--more accessible to people with disabilities. We'll talk to the head of The Ability Center about what projects they are working on in the city.