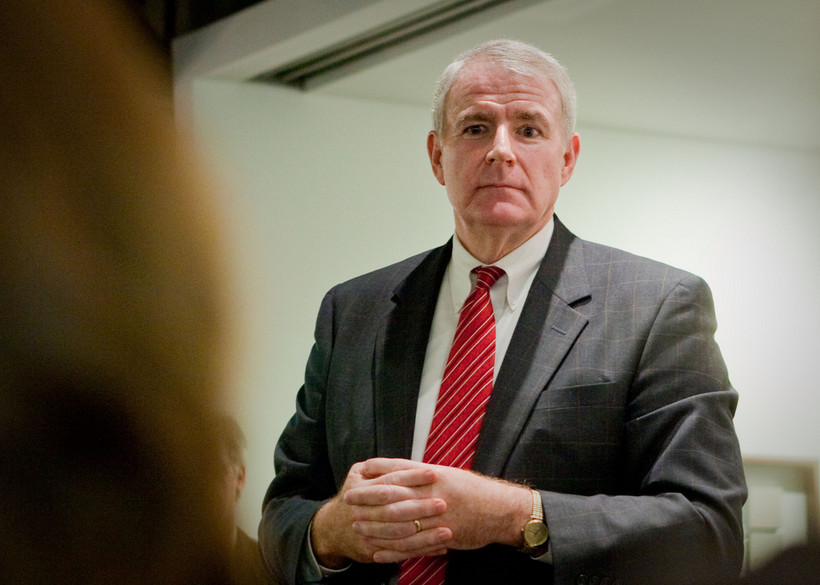 Incumbent Tom Barrett has emerged as the winner in the race for Milwaukee's mayor after an unprecedented election in the midst of the COVID-19 pandemic.

Barrett topped state Sen. Lena Taylor with 62.5 percent of the vote and all precincts reporting, according to unofficial results from the county clerk.

Barrett will continue to lead the city as the state has seen 3,428 positive cases of coronavirus as of Monday afternoon, more than 1,300 of which have been in Milwaukee.

Barrett and Taylor disagreed over the city's handling of the coronavirus response in a recent forum, with Barrett calling for stability in leadership and citing his issuance of a city stay-at-home order prior to the state's. Taylor argued Barrett's response lacked urgency and said Milwaukee health officials have been inadequate with follow-up and contact tracing. The two also debated the handling of voting sites in the April 7 election.

"Even in this extremely difficult time, I'm optimistic for the future of the city because I know how resilient the people are," said Barrett. "Clearly the coronavirus has upset the political applecart in a way that no one ever expected, and I think the Republicans' attempt to thwart democracy failed miserably for them. At the same time, (they) put a lot of people's health at risk, which is something that I hope the people of the state never forget."

In a message to supporters, Taylor said she was proud of her campaign.

"Let me also be clear that I saw the disenfranchisement that happens to people, and I made it clear that we will be following up with a suit to deal with the disenfranchisement of individuals," said Taylor to supporters. "And, for those of you who had to wait in line and for hours — I saw you. Those individuals who waited and didn't get a chance to vote — I saw you. Those who called and did not get their absentee ballot — I heard you."

Taylor said she would continue working to help people in her role as state senator through the challenges they're experiencing during the pandemic. Barrett said his priorities in the short-term would be to continue social distancing in the city, as well as increase testing and isolation for those who have tested positive. As an indicator of the times, the two did not hold parties with supporters. Barrett spent the evening at home with his family.

In the long run, Barrett said he hopes to continue the gains on job growth and reductions in violent crime the city was seeing prior to the pandemic.

Barrett will enter his fifth term, having previously been elected with more than 70 percent of the vote in 2008, 2012 and 2016. Taylor announced her bid for the mayor's office last fall, alleging corruption and a lack of progress among city leadership. 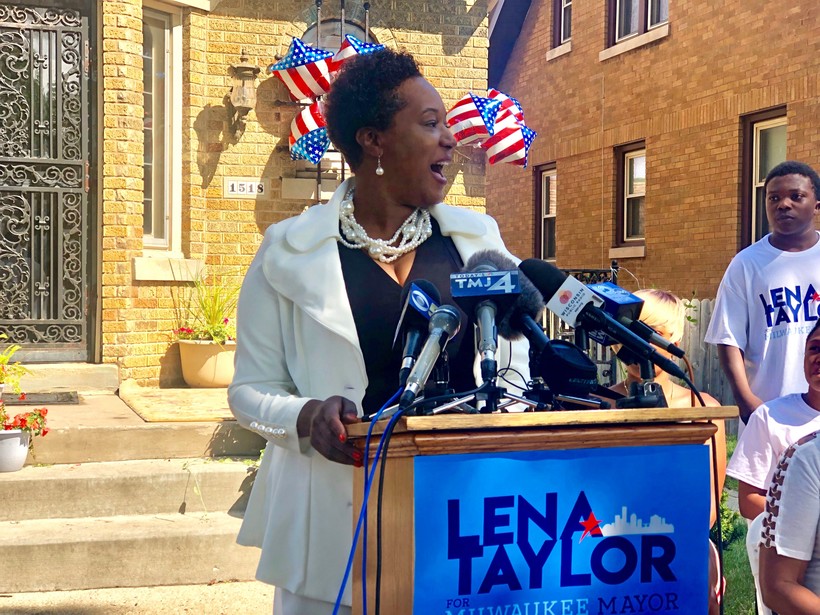 Barrett had characterized himself as a leader who's sought to support job creation and expansion while working with law enforcement and community groups to address violent crime. Taylor had also advocated for job growth and crime reduction through more community policing, as well as replacing lead water lines to improve public health.

The two grew up in Milwaukee.

Barrett graduated from college and law school at the University of Wisconsin-Madison, serving in the Assembly and state Senate before being elected to Congress in 1992. He ran for governor three times, losing to Jim Doyle in the 2002 Democratic primary. He lost twice to former Republican Gov. Scott Walker in 2010 and the 2012 recall election.

Taylor graduated from UW-Milwaukee and obtained a law degree at Southern Illinois University-Carbondale. She has served in the Assembly and most recently in the state Senate since 2004.

In the race for Milwaukee County executive, David Crowley had a narrow lead over Chris Larson with around 50.05 percent of the vote to Larson's 49.51 percent with all precincts reporting, according to unofficial results. The two were separated by around 1,000 votes.

Some had already called the race for Crowley earlier in the evening. That was before around 17,000 absentee ballots were counted, according to Larson, who said the race was too close to call even after results were updated.

"Don't let anyone tell you otherwise: this race is far from over," said Larson in a statement late Monday. "We are weighing all options in this race with hundreds of ballots yet to be counted. In an election where voters faced unprecedented hurdles to the ballot box, it's essential that we count each and every vote before making a decision."

Crowley said late Monday he was grateful to all his supporters who made their voices heard during the COVID-19 crisis. While he said the election should have been postponed, the state representative said he anticipated that it would be a close race.

"We're the underdog going into this race," said Crowley.

He said Larson has every right to request a recount, but he disagreed with his assessment that the results were premature.

"We won this race with well over 1,000 votes," said Crowley, adding he's ready to get to work on addressing the impact of COVID-19 on the county.

More than 192,000 people voted in the race for Milwaukee County executive, according to unofficial totals from the county clerk as of 9:40 p.m. Earlier in the day, the Milwaukee Election Commission voted to accept 390 absentee ballots that had unclear or no postmark.

The two Democrats ran for the top county seat after Chris Abele announced he wouldn't be seeking reelection last fall. The winner will assume the role next month during a time when the county is struggling to respond to a growing number of coronavirus cases.

Larson ran against Abele for county executive in 2016, losing with 44 percent of the vote to Abele's 55 percent. More than 282,000 people voted in the 2016 election compared to roughly 210,000 total ballots cast on April 7, according to unofficial total from the county clerk.

Crowley, who has received backing from Abele, said he ran for Milwaukee County executive in order to give back to the community and ensure access to services spanning from housing to public safety. Larson has touted his experience as an elected county official and detailed his plans for addressing racial injustice, education, infrastructure and clean drinking water.

Larson has served in the state Senate since 2010 and sits on several committees, including education, agriculture and administrative rules. Prior to the Legislature, he served as a supervisor on the Milwaukee County Board from 2008 to 2010. Born in Milwaukee County, he graduated from UW-Milwaukee with a finance degree.

Crowley has served in the state Assembly since 2016 and currently chairs the Black Caucus and Milwaukee Delegation. He serves on a number of committees, including criminal justice, transportation and workforce development. Born in Milwaukee, he attended UW-Milwaukee.