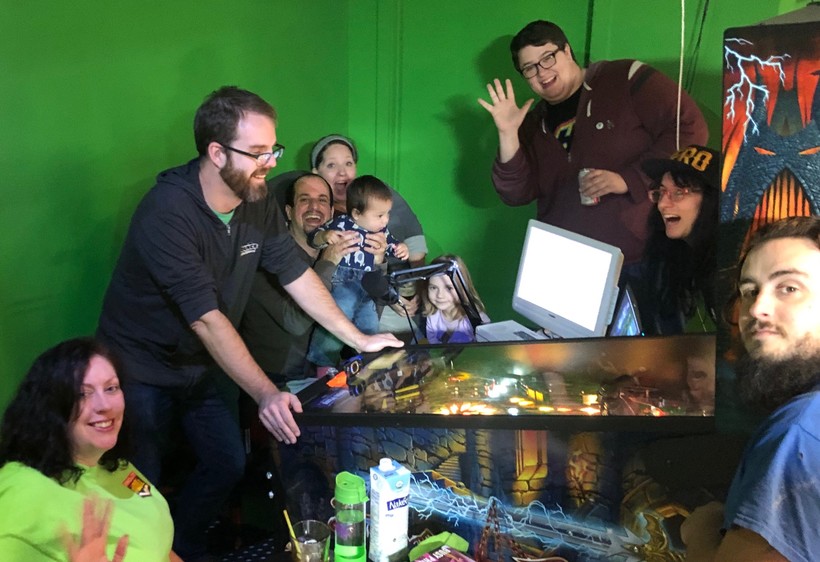 Ryan Clancy, center left, of Milwaukee played a pinball machine for 32 hours and two minutes as part of a fundraising event. Photo courtesy of Becky Cooper

The previous record was 30 hours and 10 minutes.

"It was actually 32 hours and two minutes, but didn't feel like a minute beyond 32 hours," Clancy said of the total amount of time he spent playing pinball.

Clancy, the co-owner of an amusement center, Bounce Milwaukee, began the attempt at 9 a.m. Friday, Nov. 1 and finished at 5:02 p.m. Saturday, Nov. 2, at the behest of his daughter Fiona, who was anxious for him to get home. He then slept for 14 hours, he said.

Clancy's son, Alex, was treated there a few years ago after contracting E. coli, which caused his kidneys to shut down.

Impressed with the treatment and care that Alex received, Clancy wanted to find a way to support other children and families going through similar experiences his family went through.

"We really just want kids all across Wisconsin to have the phenomenal care that he got at Children's," Clancy said.

As of Friday afternoon, Clancy raised $3,326 toward a $4,000 goal, according to the online fundraising tally. Initially slated to close after gameplay ended, donations are still being accepted through the weekend. That's because a few hours before Clancy broke the record, someone hacked into the servers and prevented people from donating for a portion of the attempt, he said.

Clancy said he started to feel pain after about eight hours, but was helped through it by a retired occupational health nurse on site who yelled at him to stop leaning on his wrists and supplied him with Ibuprofen to help relieve the pain.

"I'm really indebted to her and all the volunteers," he said, also giving credit to a host of people who stayed with him for various amounts of time to both encourage him and be witness to his attempt.

Clancy played Black Knight: Sword of Rage, a game by Stern Pinball, Inc. out of Chicago, that features the voice of rock band Barenaked Ladies' frontman Ed Robertson. In fact, Robertson kept in contact with Clancy through social media and so did previous record-holder Wayne Johns.

Clancy's attempt was broadcast through Twitch, a live streaming service used by gamers. For every hour of gameplay, he earned five minutes of free time that he could also use for bathroom breaks or bank up to use later.

Guinness requires that the same game is played for the entirety of the attempt, so arcade owners in Menomonee Falls provided Clancy with a backup table in case the primary one broke down.

Clancy said while being the world record holder for longest marathon of pinball is nice for bragging purposes, he hopes someone comes along to break his record.

"Let me have it for a couple of weeks or months, but if somebody wants to come along and break the record, please just raise some good funds for it," he said. 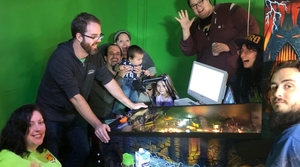 We talk about a record-setting game of pinball that happened for a good cause.