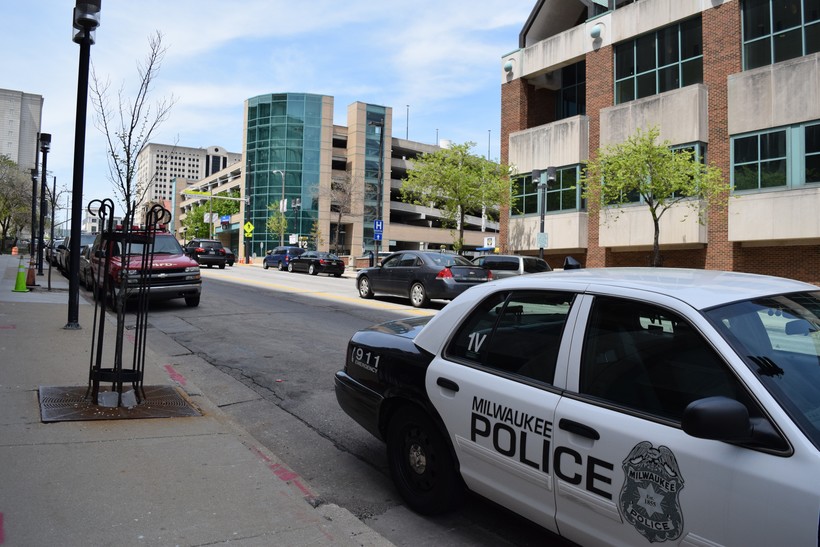 Reckless Driving Continues To Be A Problem In Milwaukee
By Ximena Conde
Share:

Milwaukee leaders are reminding drivers that city police can participate in high-speed chases.

In a press conference in front of City Hall, Milwaukee Police Chief Alfonso Morales said reckless driving puts the lives of everyone on the road at risk.

"People have to know of the city of Milwaukee that we will chase and we are going to chase you," said Morales, adding that licensed or not, people have the responsibility to pull over when they see a patrol car flashing its lights.

Donovan said leaders are working on a public information campaign to spread the word against reckless driving.

Monday's message came during what has been a deadly month for Milwaukee drivers. As recently as Monday morning a man crashed into a semitrailer on Milwaukee’s south side after fleeing police during a traffic stop — Greenfield police stopped their pursuit before the crash due to the high-speed nature of the chase.

The message also comes after the death of 23-year-old Milwaukee police officer Charles Irvine Jr., who's squad car crashed while he and his partner were chasing a reckless driver. Irvine's partner Matthew Schulze was injured in the crash but survived.

The circumstances under which police officers can engage in high-speed chases have long been subject to public discussion.

The pursuit policy was limited in March 2010 after several bystanders were killed by drivers pursued by police.

Between 2010 and 2015, officers were required to have probable cause in order to pursue someone — a change that decreased the number of pursuits police participated in, according to a 2017 Milwaukee Fire and Police Commission report.

The report found vehicle pursuits dropped by more than two-thirds during 2011 and 2012. But in 2015, the policy changed again to address the public’s concerns about carjackings in the city. Officers were again allowed to pursue drivers, but only if the car was involved in a crime.

The policy expanded its scope again in September 2017, this time to allow for the pursuit of reckless drivers and drivers dealing drugs out of their vehicles, and this is the policy the campaign will work to explain to the public.

Jon Farris heads Pursuit for Change, a Wisconsin-based group that advocates for reducing unnecessary chases — a personal mission for Farris after his son died when an SUV being chased by a Massachusetts State Police trooper crashed into the taxi he was riding in.

Farris said he worries more pursuits will result in bystander injuries. But he says he knows police are in a tough position.

Farris said uniform federal policies could help, as could federal tracking of pursuit-related injuries and more training for officers.

Mike Crivello, head of the Milwaukee Police Association, said he supports the empowerment of police officers. Like Farris, he also favors more training in high-speed pursuits.

"So that they actually have an opportunity to practice those skills before they must implement that skill-set on the street," he said.

Crivello would also like to see older patrol cars updated.

Donovan said the campaign — which is still in the very early stages — will focus on reaching out to young people and will spread the word about the policy using social media and other methods. No date for the roll out of the program has been set yet.