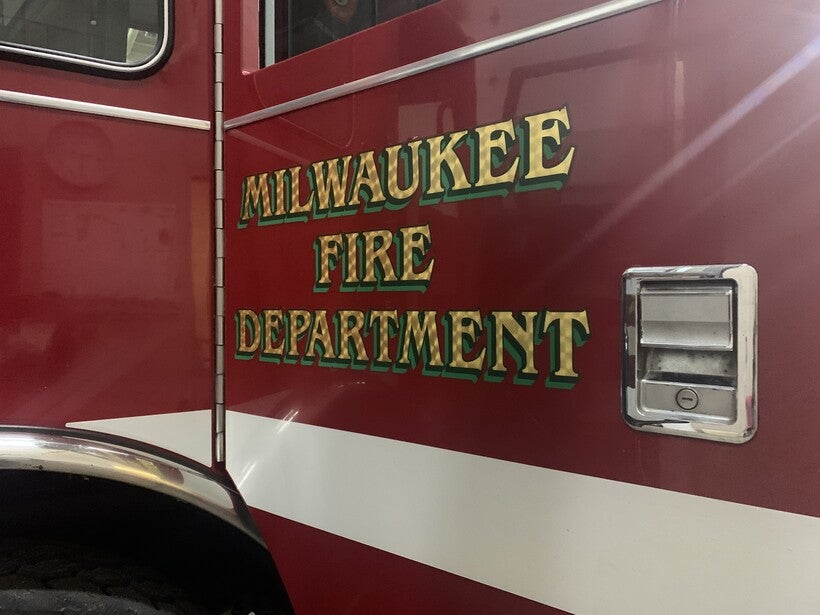 Chief Criticized For Handling Of Situation Where A Black Doll Hung In Break Room For 4 Days
By Corrinne Hess
Share:

Milwaukee’s fire chief, who came under scrutiny recently for how he handled a situation where a Black doll was hung by its neck in a station break room, has announced his retirement.

Chief Mark Rohlfing was hired to lead the Milwaukee Fire Department in May 2010 after spending most of his previous 27-year firefighting career in his hometown of Omaha, Nebraska.

After Rohlfing announced his retirement Friday, Milwaukee Mayor Tom Barrett thanked him for his service during a brief press conference.

"He’s worked to modernize the Milwaukee Fire Department at a time of dwindling resources and many, many fiscal challenges," Barrett said. "And he’s done a remarkable job of working with suburban neighbors. There has been more coordination and cooperation with our suburbs than I think we have seen in our lifetime."

Barrett said he wasn’t surprised by Rohlfing’s decision to retire and believes it was a personal decision spurred by a desire to spend more time with family, not recent racial controversy in the department.

Last week, Milwaukee Common Council members questioned Rohlfing for more than an hour about an incident that took place earlier this year involving a firefighter — a white man — hanging a Black doll by its neck.

The station’s only Black woman reported the incident after the doll hung for four days. The woman, who is still in training to become a firefighter, later asked to be transferred out of the station to the department’s recruiting division.

Rohlfing suspended the white firefighter for 20 days without pay. But Rohlfing told Common Council members he didn't think the incident was racist or sexist.

Rohlfing also said the department didn't have a policy against racism.

After hearing this, the Common Council adopted a resolution to direct the city's Department of Employee Relations to develop and implement a zero-tolerance policy for racist or sexist practices, behaviors and actions within all city departments, agencies and divisions.

"I believe this is a straightforward proposition," said Alder Russell Stamper, who sponsored the resolution. "Our city departments should have zero tolerance for acts of racism and sexism, and it is long overdue for us to formalize a policy expressing that."

The city’s Fire and Police Commission is also considering an anti-racism policy.

Barrett said he is in the process of replacing Aldrete. He planned to wait to fill her spot until after the trial of Michael Mattioli, a former police officer who recently resigned. So now, Aldrete’s replacement can move forward, Barrett said.

There have also been several candidates to apply for Morales’ position, Barrett said. He anticipates a similar situation for Rohlfing’s position. The Fire and Police Commission are responsible for hiring the police and fire chiefs.