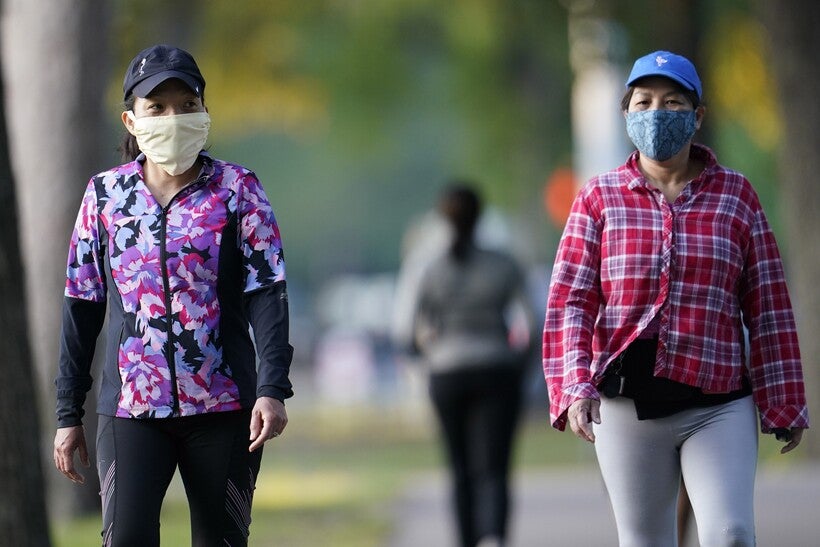 Anyone Age 3 And Older Would Have To Wear Face Covering In Public Buildings
By Corrinne Hess
Updated:
Monday, July 13, 2020, 4:55pm
Share:

The Milwaukee Common Council unanimously approved a mandatory mask ordinance Monday for public spaces in the city as health officials continue to try to slow the spread of new coronavirus cases in Wisconsin. It is set to go into effect starting Thursday, pending final approval from the mayor.

In a separate unanimous vote, the council also voted to give all city residents a mask, free of charge, upon request. Masks will likely be distributed at fire and police stations, libraries and other city and county buildings.

Under the ordinance, anyone 3 and older would have to wear a face-covering in buildings open to the public, as well as any outdoor public space when it’s not possible to stay 6 feet away from people. There are exceptions for medical conditions or religious reasons.

Fines for violating the mask policy would range from $50 to $500, depending on whether offenders are individuals or businesses. Milwaukee's health department would be responsible for enforcement.

Milwaukee joins Dane County and the Village of Shorewood in Milwaukee County with its ordinance.

Alder JoCasta Zamarripa, also a Democratic member of the state Assembly, said she was happy to co-sponsor the proposal because a ruling by the state Supreme Court in a case brought by GOP lawmakers has effectively tied Gov. Tony Evers’ hands in making a statewide mask requirement.

"We’re one of only three or four states that have no state-wide mask policy in place, so really Milwaukee has to do this," Zamarripa said. "We have to do this and protect our constituency."

The ordinance passed a council committee last week 3-1-1. Alder Mark Borkowski voted against the mask mandate during the committee meeting, because he didn't like that it included forcing people to wear a mask outside. On Monday, he said he would no longer oppose it.

"The outdoors piece is still troubling," Borkowski said. "But I have received many calls and texts and had thorough introspection. I’m not going to vote 'No.' It’s too important for our city."

"Without a city mandate, many customers will not be willing to come to our businesses," the letter states. "Compliance with requirements a business may establish will be inconsistent at best without a city requirement. Our employees can’t be assured of a safe work environment. And the risk is much higher for new outbreaks, which could result in new stay-at-home orders that put us out of business for good."

On Friday, Wisconsin Manufacturers & Commerce (WMC), the state's largest business group, sent a letter to members of the council and Mayor Tom Barrett saying the ordinance creates unnecessary conflict between employees and customers, and opens up businesses to potential civil liability.

"If the City chooses to place new regulatory burdens on the general public, then the City – not businesses – should shoulder the burden of enforcing them," the WMC letter states. "We respectfully request the ordinance be amended to address our concerns."

Late Monday afternoon, public health officials with Ashland and Bayfield counties notified the public they were issuing an emergency advisory to require face coverings indoors for anyone 5 and older. The advisory is set to go into effect this Friday, July 17, at 8 a.m.

Officials decided to require masks after experiencing an increase in COVID-19 cases in the two counties and the surrounding area. Last week, public health officials reported 13 coronavirus cases in the tri-state area were tied to a hockey tournament in Ashland.