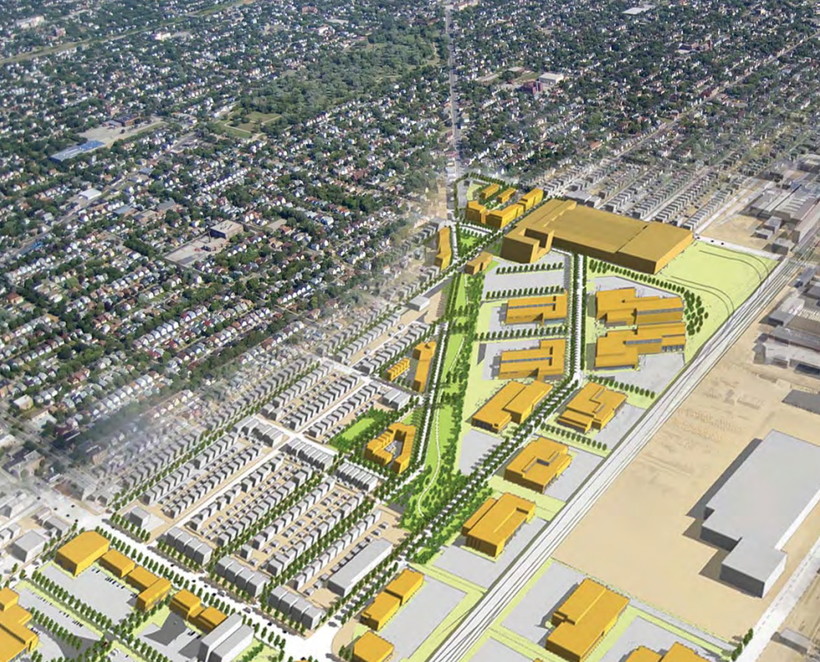 Some Milwaukee and federal officials are hoping a project called Century City will provide an economic boost to neighborhoods in Milwaukee with stubbornly high unemployment, despite recent job gains elsewhere in Wisconsin.

Century City is one of the largest current re-development projects in Wisconsin. Its roughly 80 acres were originally home to a now-departed A.O. Smith and then Tower Automotive manufacturing plant. Almost all the old buildings are gone, and environmental cleanup, partly funded by the Environmental Protection Agency, is pretty much done. Milwaukee Development Commissioner Rocky Marcoux recently told some visitors that dozens of underground storage tanks have been removed.

Marcoux: "If we didn't do something on this site, then it would have been the largest junkyard in southeastern Wisconsin. That wasn't going to happen."

The $35 million redevelopment project had a setback last year when the Walker administration canceled the state's contract with train car maker Talgo, which occupied a corner of Century City. But U.S. Senator Tammy Baldwin says the site remains a remarkable opportunity.

Baldwin: "It's [going to take] sheer determinination, political leadership, and partnership. Because this really does take actors at various levels, private and public, coming together."

Baldwin says Milwaukee is succeeding with the redevelopment of the Menomonee Valley along I-94 east of Miller Park and close to downtown. But one challenge for Century City is that it's a couple miles away from the nearest freeway. Still, Baldwin and Milwaukee officials contend a mix of manufacturing, retail, and apartment buildings can work in this decade at Century City.