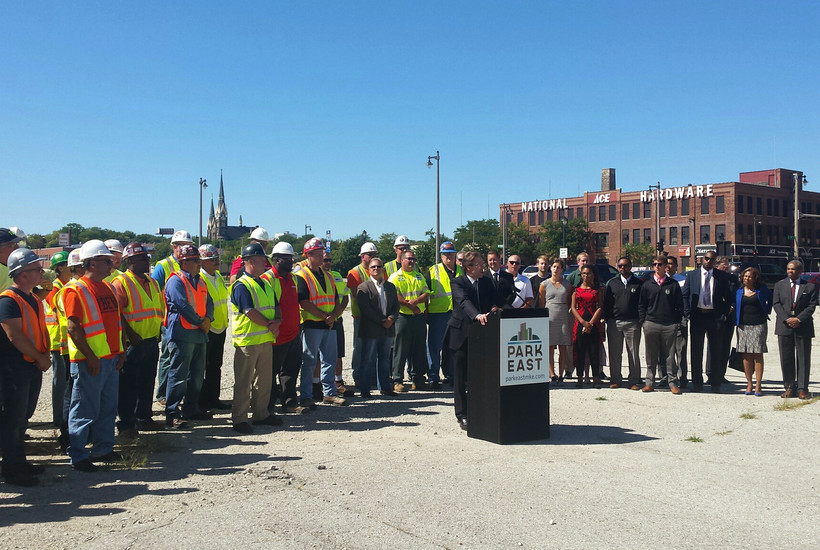 A press conference was held Wednesday to announce the sale.

Milwaukee County Sells Land To Bucks For Arena Development For $1

Milwaukee County has sold land to the Milwaukee Bucks basketball team as part of the development of a new arena for the team for a single dollar.

The Bucks now own a 10-acre piece of property in the now-vacant corridor where the Park East freeway used to stand. The land is appraised at nearly $9 million, but the county said it charged $1 because the appraisal doesn't account for the costs of removing and replacing sewers and abandoned underground highway pillars, along with any other environmental remediation costs.

"I'm sure there are some people who think maybe we should have waited another couple years. I'm one of the people who's pretty excited that we're going to create 3,600 jobs starting now," said Abele.

Several county supervisors question Abele's negotiating skills, and are upset that a bill signed by Gov. Scott Walker a couple years ago took away their ability to get involved in the land sale talks.