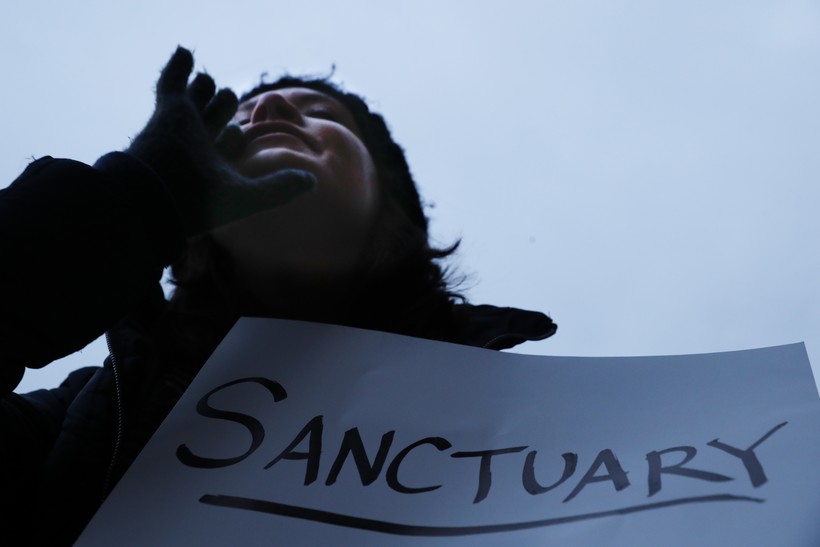 Milwaukee County is one of nine so-called "sanctuary" communities across the country that received a letter from the Department of Justice on Friday threatening to withhold, suspend or terminate grant funding.

The letter asks for proof the county isn’t restricting the sharing of individuals’ immigration status between county agencies and employees and the federal U.S. Citizenship and Immigration Services.

A U.S. DOJ press release said a May 2016 report indicated the communities may have laws violating the terms of federal law enforcement grants. The release also said "many of these jurisdictions are also crumbling under the weight of illegal immigration and violent crime."

The terms of the department’s Byrne Memorial Justice Assistance Grant Program say communities "may not prohibit, or in anyway restrict, any government entity or official from sending to, or receiving from," the U.S. Citizenship and Immigration Services information about a person's citizenship or immigration status, regardless if the person is in the country legally or not.

The total amount of money the Justice Department is threatening to pull from Milwaukee County is $937,932, according to The Associated Press.

The letters are the latest move by the Trump administration to make good on campaign promises to cut federal funding to cities that don’t fully comply with federal immigration enforcement efforts.

Milwaukee County Executive Chris Abele issued a statement Friday afternoon asserting the county is in full compliance with the grant requirements and will provide proof to the department by the June 30 deadline in the letter.

Abele questioned the department’s decision to issue the letters through press release rather communicate directly through professional channels, which he said is "departure from past practice."

Abele called the department’s characterization of the cities and counties "crumbling under the weight of illegal immigration" inaccurate and counterproductive.

"What is happening in Milwaukee is that homelessness and unemployment rates are down," he said. "Access to healthcare and transit is up and we have a booming downtown."