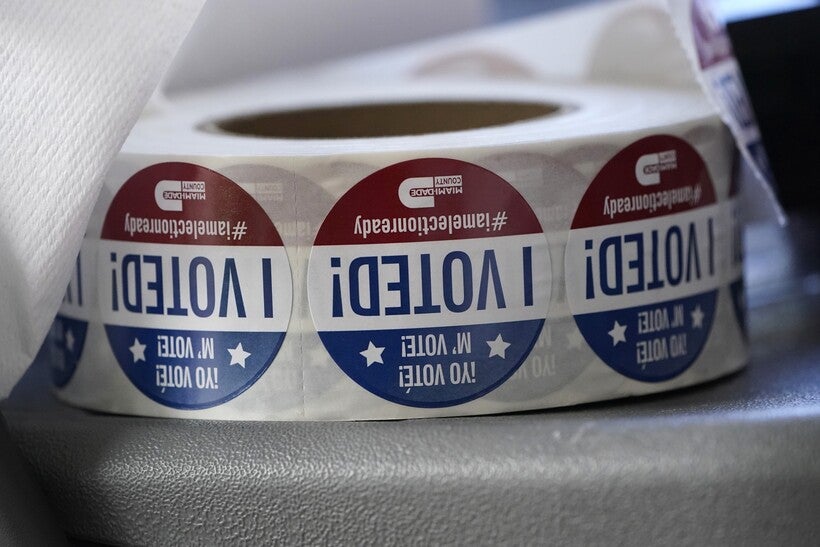 Independent Redistricting Committee gets one more chance before County Board takes over map drawing
By Christine Hatfield
Share:

The Milwaukee County Board of Supervisors unanimously rejected a second remap attempt presented by the county's Independent Redistricting Committee Wednesday. That's raised questions about how map boundaries could turn out for the next elections as the committee scrambled to make changes.

The full county board's rejection of the new map followed a 4-1 motion to reject it in the Judiciary, Safety and General Services Committee on Tuesday.

The county is under pressure to approve new maps before Nov. 23. That's when spring election notices are supposed to be published.

But in a Wednesday afternoon virtual meeting, supervisors voiced their concerns over the latest map from the redistricting committee, particularly with regard to the way minority representation is handled.

"These maps are for 10 years," said Supervisor Sylvia Ortiz-Velez. "Why would we not want to encourage minority representation?"

Majority minority districts, where minority groups make up the majority of an area’s population, have been one way of encouraging that representation. In an earlier proposal put before the board, nine out of 18 districts were majority minority.

Some supervisors feared the second map proposal would lead to lawsuits on the basis of the Voting Rights Act of 1965. Supervisor Shawn Rolland said the board needs to account for those legal risks.

"If we create a map, our work is not done," said Rolland. "We will need to stand up and defend whatever map we choose in front of our constituents and perhaps in front of a courtroom."

The board could be left to create a map by itself if a final proposed map from the Independent Redistricting Committee fails.

Supervisor Ryan Clancy said he was worried about whether there would be enough time to complete the process after the rejection of the second map proposal.

"I'm concerned we're running out of time, and then we don't take action soon, that we'll be operating under the old maps for at least another two years, and that we’ll have rather a lot of lawsuits," said Clancy.

After hours of deliberation over the maps Friday, some members of the redistricting committee expressed their satisfaction with the final map it planned to submit to the board.

"I think that it covers the need that we have," said committee member Charles Kahn, a former Wisconsin Circuit Court judge. "We're never going to come up with something that's perfect, unless we choose individual blocks and create something that, you know, looks a little bit more like spaghetti."

Other members of the committee, including its chair, retired Milwaukee County Judge Jean DiMotto, remained concerned over further tweaks that could be made.

"If (those tweaks are) effective in strengthening those districts, I would be in favor of that map which doesn't yet exist," said DiMotto.

Ultimately, the map passed out on a 4-2 vote. Though a motion to reconsider was filed, that failed on a 2-3 vote.

"While we'd like to come up with the perfect map here today or Monday, I think that our map is going to engender quite a bit of discussion already," said James Gramling, committee vice-chair and retired Milwaukee Municipal Court Judge. "There may be some resistance by the County Board to our map for reasons that we haven't chosen to consider."

This year's remapping process for Milwaukee County has been fraught with obstacles. Despite the redistricting committee holding months of public hearings, DiMotto said in September less than a dozen county residents had taken part in the process.

Delays in the release of 2020 U.S. Census data because of the COVID-19 pandemic have created further setbacks for cities, counties and other local governments in getting maps drawn on time. A proposal in the Wisconsin Legislature this past summer would have extended election map deadlines and pushed back when those maps would begin to apply to elections, but Gov. Tony Evers ultimately vetoed that bill.

"This will result in malapportioned maps that do not accurately reflect current populations, which violates the constitutional principle of one person, one vote," Evers said in his veto message. "I will not support legislation that deprives people of their voice in the democratic process."

The county's Judiciary, Safety and General Services Committee is set to meet Thursday to make a recommendation on the redistricting commission's final map. The county board would then decide the fate of that map in another meeting the next day.