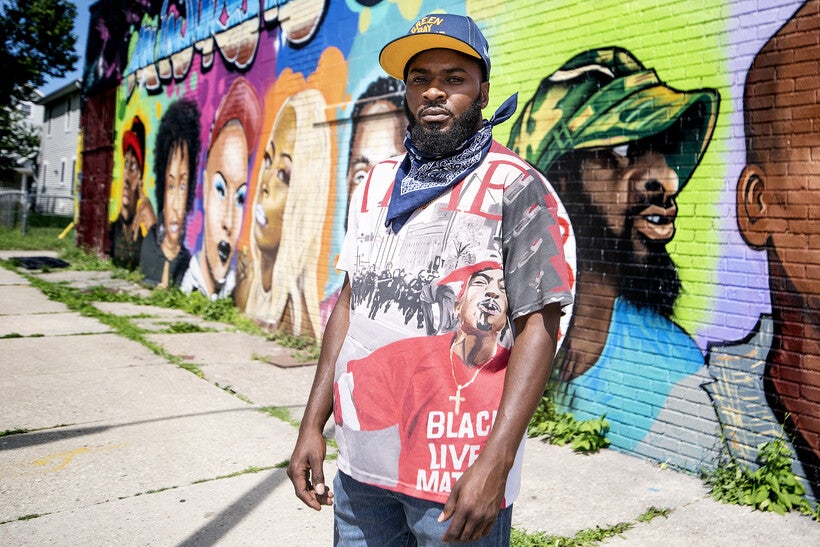 In Milwaukee, Communities Of Color Say Distrust Of Police An Ongoing Problem

Khalil Coleman, who lives on the west side of Milwaukee, has been thinking about how police officers operate in his neighborhood for a long time.

Back in 2008, he even wrote a book during a creative writing class at Milwaukee Area Technical College that he called "Time & Place: In the Life of B and K," about two friends growing up in the central city. In the book, K gets into trouble and is killed by police. B spirals into depression.

Coleman self-published the book in 2010, and now hands it out to schools and community groups. Coleman, who's also one of the leaders of the Black Lives Matter protests, said that until changes are made to hold police accountable, B &K will stay relevant.

"You know everyone has the right to walk down the street without being stopped and pulled over and pockets pat," Coleman said. "And that’s the problem. That’s the problem that a lot of Black and brown people face in the inner-city."

Black Lives Matter protests continue in Milwaukee, with activists like Coleman calling for more community control of police. Police Chief Alfonso Morales has said the department has spent the last several years working to improve its relationship with residents.

But in communities of color, residents say they don’t trust officers.

Rick Banks said he's had problems with police since he was about 14 years old. Banks had an early morning doctor’s appointment and missed the school bus. While he was waiting for the city bus, police officers approached him. They didn't believe he was headed to school, so they took him to the Boys and Girls Club where he was ticketed.

"I was literally on my way to school and was picked up for not going to school," Banks said. "But there were other situations — my house had been broken into and it took the police hours to respond and they didn't do anything."

Over the years, Banks said he's been stopped more than a dozen times by police. The stops have happened during snow storms, when his license plate was covered with snow, and often, when he was a student at the University of Wisconsin-Milwaukee waiting to catch the city bus home.

Banks described a time when he was waiting with two of his friends after seeing a movie at the UWM theater. A police officer told the three young men they matched the description of suspects in a robbery that had taken place.

"He ran our IDs, went through our things," Banks said,

Banks said that those experiences motivated him to become an activist. He is now the political director for Black Leaders Organizing For Communities, a group that urges people of color to vote and regularly hears from city residents about negative interactions with police. 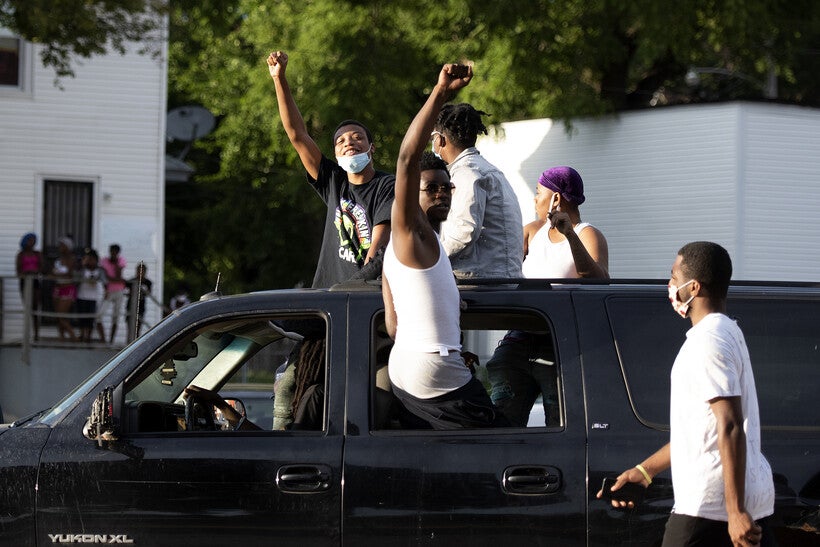 People raise their fists while riding in cars making the way for marching protesters Friday, Jul 31, 2020, near Washington Park in Milwaukee. Angela Major/WPR

Amid Calls For Reform, Police Say They're Already Changing

The idea was that by addressing smaller things like broken windows, graffiti or public drunkenness in high-crime areas, neighborhoods would improve.

"What it caused was a lot of distrust in the community and Police Department by stopping people who were not involved in crime," Morales said.

Morales said he remembers an incident from the broken windows era of policing involving a couple that lived in Sherman Park and worked at Master Lock, not far from their home. 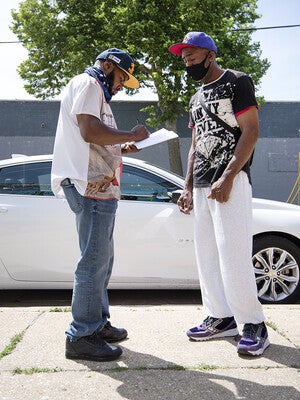 Milwaukee resident Danny Thomas, right, paused to listen as Khalil Coleman, left, read his book for Wisconsin Public Radio on Thursday, Jul 30, 2020, in Milwaukee. Thomas said he was “moved by everything he had to say.” Angela Major/WPR

Morales says these days, police work with community and faith-based groups to improve neighborhoods. On Aug. 3, the department launched "The Guardians," an online quarterly newsletter to "increase transparency, accountability, and address the challenges (the department faces)."

Joshua Hinkle is an associate professor of criminology at Georgia State University. He said there has been an "us versus them" dynamic between the police and communities of color throughout the entire history of the country.

"It takes police (making) conscious efforts to build and repair for things to get better, not just stopping certain things and hoping it will get better," Hinkle said.

Milwaukee Alderwoman Milele Coggs deals with police a lot. She said there are great examples of officers working together with community groups for the neighborhood.

"Unfortunately, though, that is so heavily outnumbered by the incidences of calls and concerns from constituents about mistreatment by officers," Coggs said.

Coggs said she's already worried about how her young son will interact with police.

Coleman said he's a proponent of defunding the police, which to him means more social programs. He and other Black Lives Matter protesters continue to march daily in Milwaukee demanding such reforms.

Whether the Police Department implements new policies in the wake of the protests remains to be seen. In a July 20 meeting, the city's Fire and Police Commission issued a list of directives and reforms for Morales to complete, one being the creation of a "community-oriented policing policy and standard operating procedure."

His deadline is Thursday, when the commission's agenda shows they will take up a resolution to vote on dismissing, demoting or disciplining Morales.