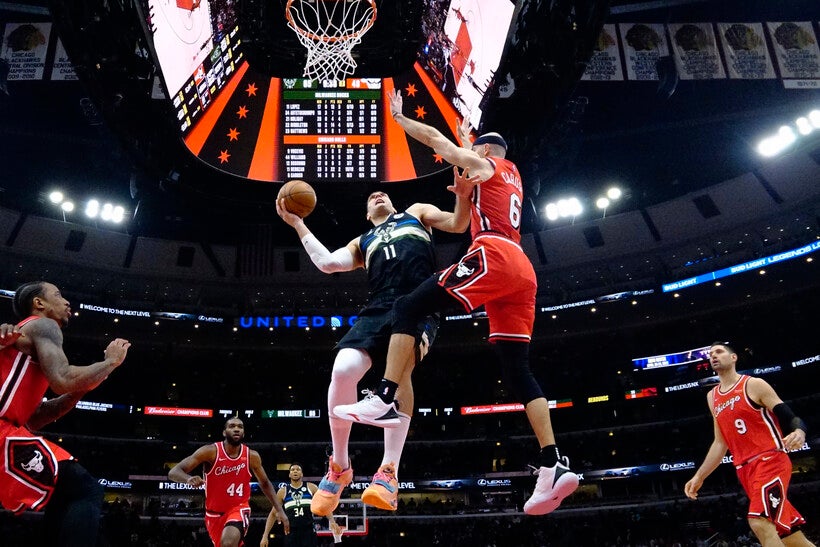 Lopez: 'I don't know if you're gonna see a lot faze us'
By Christine Hatfield
Share:

The Milwaukee Bucks are headed to the NBA playoffs for the sixth season in a row. This weekend, they'll take on the Chicago Bulls.

The No. 3 Bucks are looking to repeat their title-winning ways from last year. The team has had the week to recover and prepare for the playoffs, having last played against the Cleveland Cavaliers on April 10.

The Bucks swept their season series against the Bulls 4-0.

Center Brook Lopez spent most of the season out with a back injury. At a post-practice press conference Thursday, Lopez said it's been fun getting the chance to practice on the court. 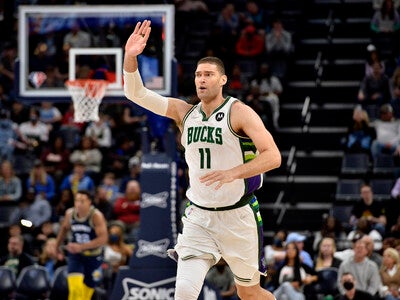 "Especially in the modern NBA, practicing is so rare to begin with that getting a few good practices as we have the past couple days is really, you know, we're fortunate to be able to do that," Lopez said. "It's been good for us."

Lopez said he thinks the team is fairly level-headed going into playoff season.

"We're proud of the team and players that we are," Lopez said. "We all know our roles and our goals. So everything's kind of figured out and, you know, there."

Despite last year's title win, Lopez said it's "business as usual" for the team.

"We enjoy the good moments, you know, we get frustrated at times," Lopez said. "I don't know if you're gonna see a lot faze us. We're not gonna get overexcited for one thing or anything like that."

Lopez reflected on the impact veteran shooting guard Wesley Matthews has had on the team. Matthews came back to the Bucks this season after spending a year with the Los Angeles Lakers. 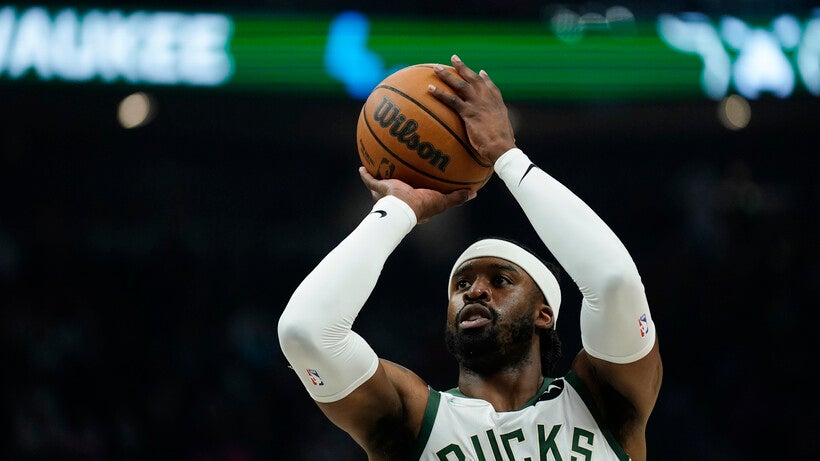 Milwaukee Bucks' Wesley Matthews during the first half of an NBA basketball game against the Chicago Bulls Tuesday, March 22, 2022, in Milwaukee. Morry Gash/AP Photo

"It's a bit of a trite expression, but he's a shadow," Lopez said. "He's right on pace with them. It's almost as he's like thinking the same thing ... it's like a little Vulcan mind meld."

Matthews, for his part, said he felt connected to the team last year even though he wasn't a part of the run to the title victory.

"It was special what these guys did last year for the state, for the city," Matthews said. "Every time they pan out on TNT or ABC or ESPN or whatever, you know, I know all these streets. This is home."

Shooting guard Jrue Holiday said having the week to focus on one team — the No. 6 Bulls — has allowed an opportunity to lock in on a defensive mindset.

"From game to game, I feel like there aren't really major adjustments," Holiday said. "They're just minor adjustments."

The Bucks and the Bulls will tipoff at 5:30 p.m. on Sunday evening. The next game after that is set for Wednesday night.