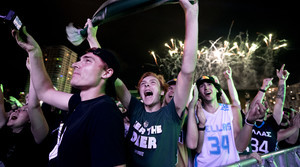 The Milwaukee Bucks are NBA champions for the first time in 50 years.

They extinguished the Phoenix Suns 105-98 in Game 6 of the NBA Finals on Tuesday night in front of a hometown crowd of tens of thousands inside the Fiserv Forum and outside the arena in the Deer District.

Fans chanted the now-ubiquitous refrain "Bucks in six" from watch parties near the stadium, yelled it to each other in the streets after the game, and screamed it from rolled-down car windows.

"That’s all I kept saying and texting my buddies, 'Bucks in six,'" said Dennis Royer, who drove in from Menominee Falls to watch the game in downtown Milwaukee. "They’re of course wondering, after they’re down 0-2, Bucks in six probably isn’t going to happen — but it happened!" 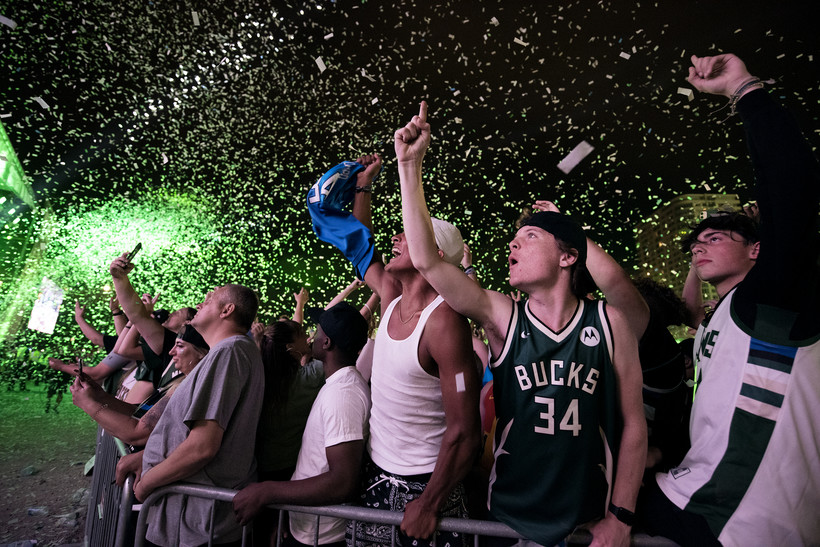 Two-time MVP Giannis Antetokounmpo, who played lights-out basketball throughout the finals, carried the team to victory with 50 points,14 rebounds and five blocked shots. It was the third game this series with at least 40 points and 10 rebounds for Antetokounmpo, who became just the seventh player in NBA history to score 50 points or more in a finals game. After the game, NBA Commissioner Adam Silver awarded him the series MVP trophy.

In a postgame press conference, Antetokounmpo became emotional talking about his own journey, from poverty in Greece to the NBA championship. Antetokounmpo was born in Greece, but his parents were from Nigeria, and the family was considered stateless for most of his childhood, with few legal rights in the country.

"I started playing basketball to help my family, try to get them out of their struggle (and) the challenges we were facing when we were kids," he said. "I never thought I’m going to be 26 years old, with my team, playing in the NBA Finals. ... Eight and a half years ago, I didn't know where my next meal would come from. Now I'm here, sitting at the top of the top."

Antetokounmpo chose to stick with Milwaukee, signing a five-year contract with the Bucks in December. At the press conference, he said it would have been "easy" to sign with a super-team instead, and that his decision to stay and help build a championship team in small-market Milwaukee reflected his "stubborn side."

Antetokounmpo's championship performance came after a hyperextended left knee prevented him from playing in the last two games of the Eastern Conference Finals. 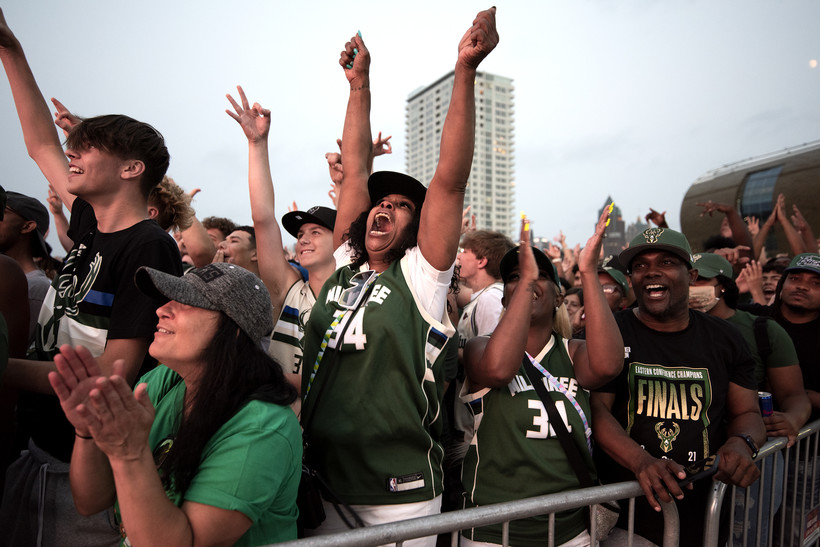 The Deer District saw an estimated 65,000-plus fans for Tuesday's game with additional big screens set up to make room for crowd, and a party was underway in the city's downtown as the Bucks were awarded their championship trophy.

Zac Nagy and his brother Michael came from Indiana to watch the game from outside the stadium with their mom Kristen while their dad, who grew up in Appleton and passed on his Bucks fandom to the family, had their lone ticket inside.

"I'm feeling so excited that they won — my dad's from Wisconsin, so it's a really big thing," said Zac, 11.

Bucks fans said they felt confident their team could win the championship at home. Many had homemade "Bucks in six" apparel, like Tommy Tressler. The Green Bay resident attached a 12-point deer rack to his cheesehead hat, and covered all three sides with "Bucks in six" to watch the game from the Deer District.

"It was a blast," he said. "My voice is absolutely gone — good thing I've got this hat here to make up for it."

The Bucks haven't won an NBA title since 1971, when they were led by Kareem Abdul-Jabbar and Oscar Robertson. 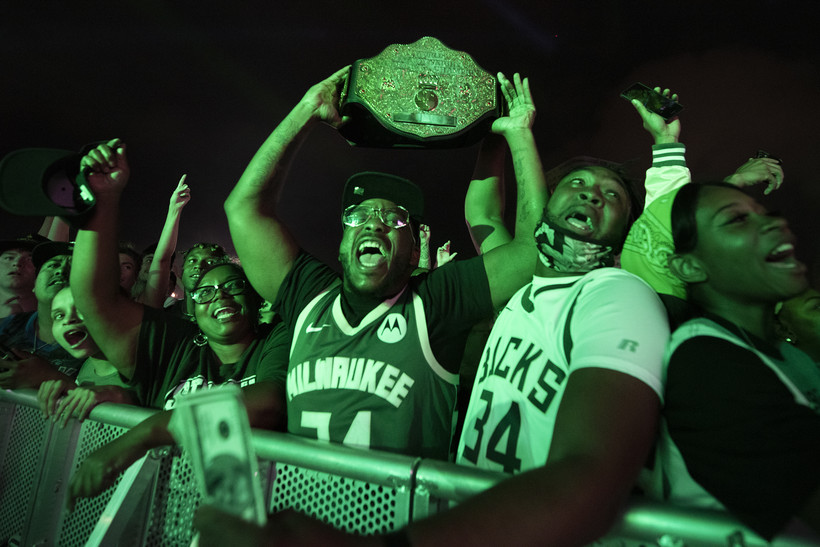 Bucks fans celebrate after the team wins the NBA Finals in six games against the Phoenix Suns on Tuesday, July 20, 2021, in Milwaukee, Wis. Angela Major/WPR