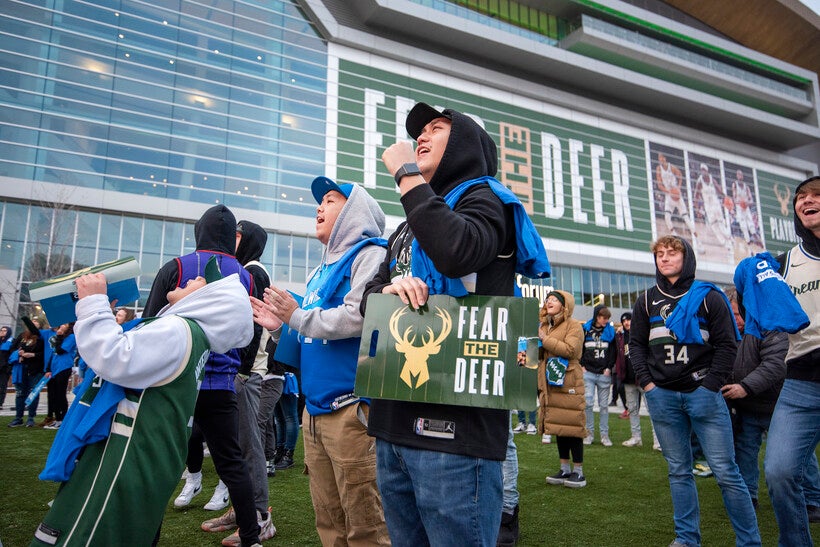 Brandon Lee, center, cheers as the Bucks play the Bulls while standing with his brothers, Adam and 8-year-old Joshua, on Wednesday, April 27, 2022, in the Deer District outside the Fiserv Forum in Milwaukee, Wis. Angela Major/WPR

The Milwaukee Bucks will face the white-hot Boston Celtics in Round 2 of the NBA playoffs.

On Wednesday, the Bucks routed the Chicago Bulls 116-100. The outcome was never in doubt; in the first half the Bucks went up by 29 points, and though the margin narrowed a bit in the second half, the Bucks stayed in control. Their victory meant the Bucks won the series 4-1.

They ended the series without forward Khris Middleton. Middleton injured his knee in Game 2. The sprained MCL may keep him out for the entirety of the Celtics series, ESPN reported.

After Middleton's injury in the only game in the series the Bucks lost, "we knew what we had to do," Giannis Antetokounmpo said after the game. "We had to be desperate. We had to go out there and compete at a high level." 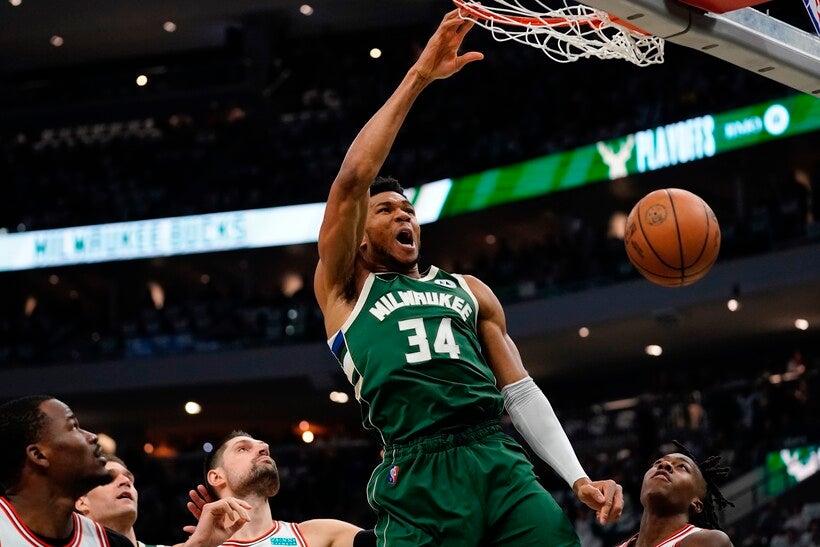 Head coach Mike Budenholzer confirmed that Middleton would not be available for Sunday's Game 1 against the Celtics.

"We miss Khris," Budenholzer said. "I don't think anybody underestimates how important, how effective he is for us. But while we don't have him, we've got to be our best, up and down the roster."

Middleton's absence was not much of an impediment to the Bucks’ offense on Wednesday. Antetokounmpo had 33 points in just 30 minutes played, making 11 of 15 field goal attempts. Pat Connaughton came off the bench for 20 points, including six three-pointers. Bobby Portis had 14 points and 17 rebounds.

Starting guard Wesley Matthews joked after the game that Portis stole some of those rebounds from him. But he sang the praises of the Arkansas native and former Chicago Bull.

"(Portis) plays hard every possession," Matthews said. "He's cerebral, you can talk to him and he responds. And he wants to win. He's going to do everything in his power to help." 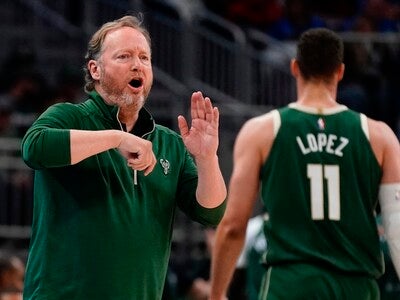 Boos filled the Fiserv Forum nearly every time Bucks sixth-man Grayson Allen touched the ball. After Allen scored 13 amid persistent booing in Chicago, his own teammates took up the cause, booing him mercilessly as a motivational technique. Allen said this week he finds the boos "honestly hilarious."

"It's fun," Antetokounmpo said after the game. "The fans are getting into it. ... He enjoys it. Don't boo me, though. I don't like being booed."

Outside, the Deer District was not packed on the cool, overcast evening. But fans who were there were excited to follow a new postseason run by the 2021 champions. 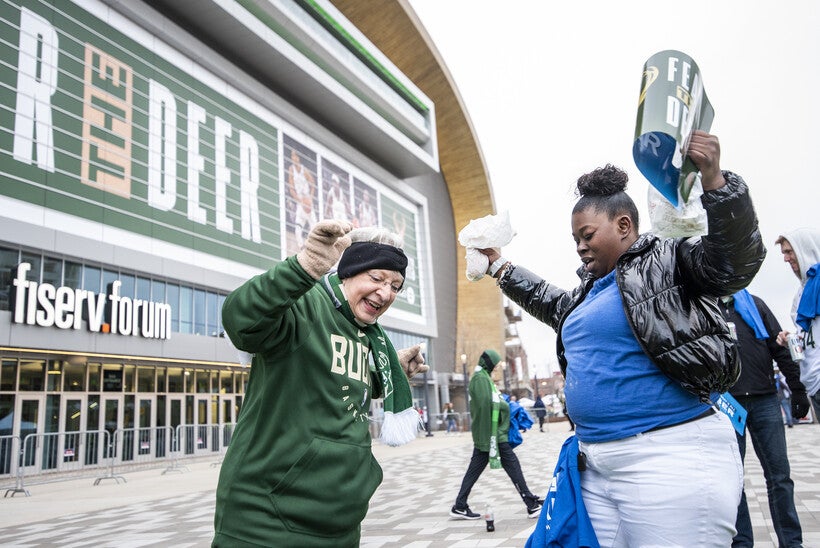 Bucks fan Calya Hicks, right, dances with Cindy, a member of the Bucks Grand Dancers, on Wednesday, April 27, 2022, in Milwaukee, Wis. Fans gathered outside the Fiserv Forum in the Deer District to watch the Milwaukee Bucks play the Chicago Bulls. Angela Major/WPR

Milwaukee native Brandon Lee was watching with his brothers Joshua and Adam. He said he was there when the Bucks won the championship in July. He's a little worried about the team's matchup against the Celtics, who are fresh off a sweep of the Brooklyn Nets.

"But if Middleton does come back, I think we have a good chance of actually beating them," Lee said.

Calya Hicks of Milwaukee said she had to fend off the Chicago branch of her family, who are Bulls fans. But she has no fear going into Round 2.

"I'm not worried about no team beating my team," Hicks said. "The Bucks are my sons, and we got this all the way." 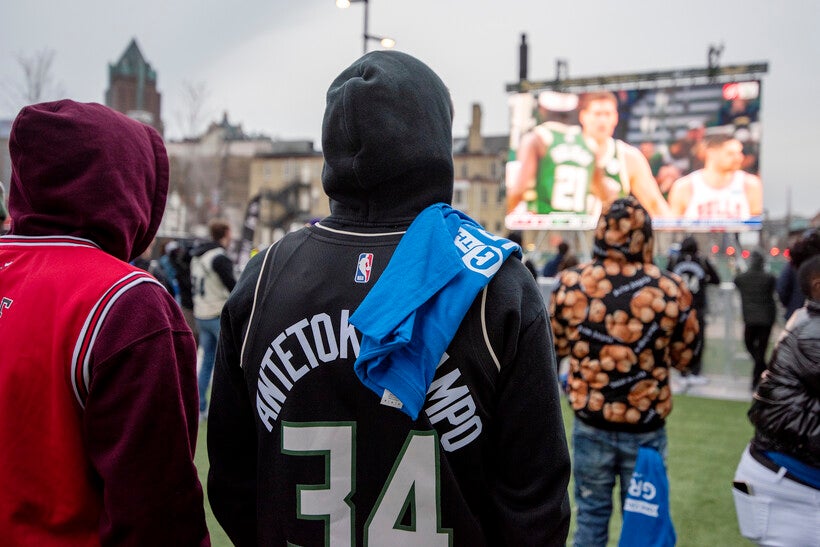 Fans watch as the Milwaukee Bucks play the Chicago Bulls in the NBA tournament Wednesday, April 27, 2022, in the Deer District outside the Fiserv Forum in Milwaukee, Wis. Angela Major/WPR