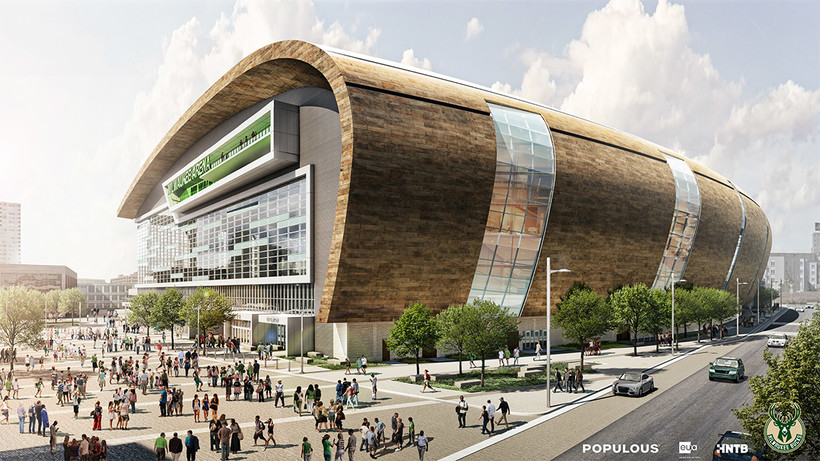 Design plans for the new Milwaukee Bucks arena, practice facility and parking garage won the approval of the Milwaukee Common Council zoning committee on Tuesday, and the full council is scheduled to vote next week. Despite a mostly warm reception from city leaders, some residents and activists continue to push for alterations to project.

One issue is how the facilities will get the electricity they use. The team's practice facility is slated to have a limited number of solar panels, but some climate activists like Larry Hoffman, of the group 350.org Milwaukee, said developers are missing an opportunity to harness renewable energy on a much large scale. Hoffman said members of the Zoning, Neighborhoods and Development Committee should push the Bucks to build an arena complex that's as close as possible to being 100 percent solar.

In response, team President Peter Feigin said when there's a, "great, efficient way" to add solar to some of the other buildings in the 30-acre project, the Bucks will do so.

The general look of the arena also has its share of doubters. Members of the public haven't been shy to express their concerns that the building's unusual design will make for a strange addition to the city's skyline.

"They characterize it as a teardrop, a water drop," Papa said. "What I'm hearing, as a bus driver, is this is Donald Trump's hairstyle on a public building."

But most Milwaukee Common Council members have praised the Bucks plans, including promises to include windows that provide a view of the city, stormwater controls, and outdoor art.

The zoning committee moved the proposal forward without making any changes.