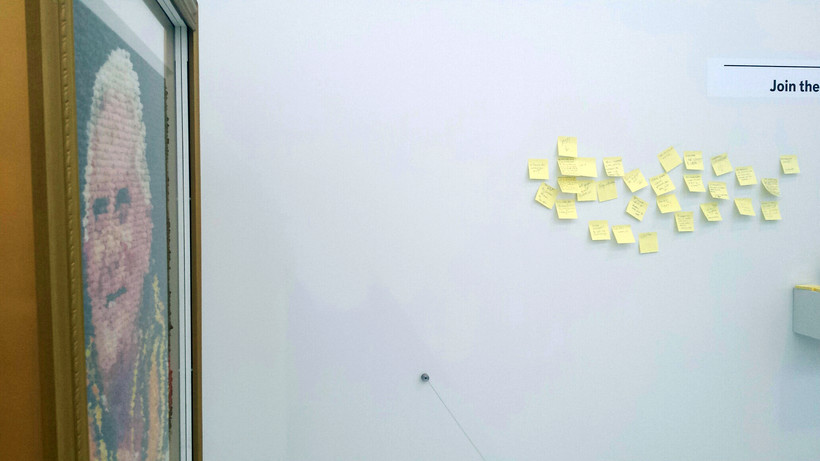 Milwaukee's Archbishop Critical Of The Display
By Chuck Quirmbach
Share:

An a piece of art that uses condoms to depict former Pope Benedict XVI has made it on to a major Wisconsin stage, apparently without incident.

Artist Niki Johnson's use of 17,000 colored condoms to create a papal portrait was meant to criticize the former pope for suggesting in Africa in 2009 that condoms wouldn't prevent the transmission of AIDS. After appearing in a small Milwaukee gallery two years ago, the work "Eggs Benedict" has gone on display at the Milwaukee Art Museum. A museum-goer who said she's Catholic and gave her name as Joanne said the piece doesn't offend her.

"I think it opens up discussions on real problems like AIDS and abortion, and how those two terrible things could be prevented," she said.

Prevented, Joanne said, by greater use of condoms. Others viewing the artwork also seemed okay with the piece. But Milwaukee Archbishop Jerome Listecki is criticizing "Eggs Benedict" and has declined to be part of a Milwaukee Art Museum discussion panel set for Aug. 20.