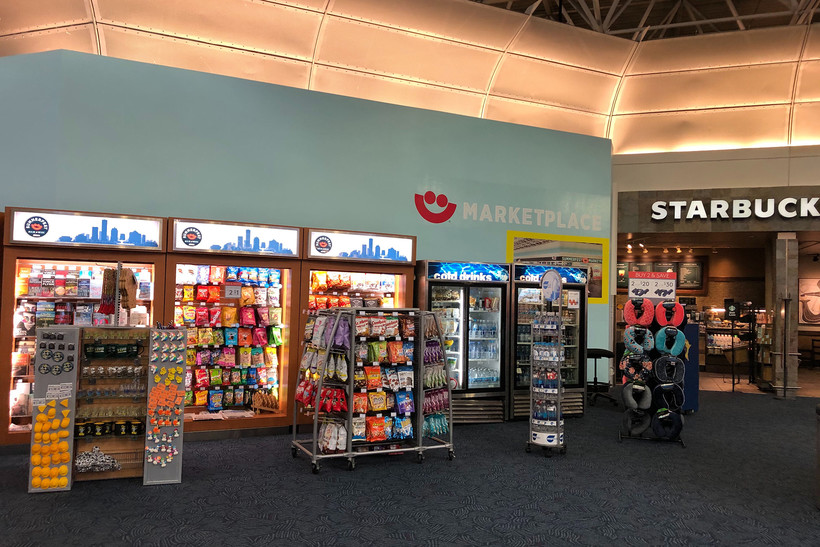 When the 2020 Democratic National Convention arrives in Milwaukee in mid-July, many of the city's 50,000 guests will travel there by airplane.

Airport officials spoke with their counterparts in Philadelphia, Cleveland and Charlotte, North Carolina — all of which have hosted political conventions in recent years.

What they learned is one of the biggest challenges for Milwaukee's Democratic National Convention will be ground transportation.

Harold Mester, the airport’s director of public affairs and marketing, said about half of the airport’s daily passengers use the parking structure and the other travelers are typically dropped off and picked up by friends and family.

"All of the travelers coming through for the convention are getting picked up by a service," Mester said.

That means in Milwaukee, large coach buses will be lining the narrow and relatively short road designated for passenger drop-off and pick-up.

Mester said a staging area is being developed for those buses.

Mitchell International Airport averages 12,000 passengers daily. Mester doesn't expect that will change during the convention. In fact, it could decrease.

"The DNC is taking over everything," he said. "There will be fewer conventions happening and maybe people are telling friends and family not to come to Milwaukee in July 2020 because they think it will be chaos, when in fact, the airport will be pretty routine and uneventful."

Milwaukee was chosen in March over Miami and Houston to host their 2020 national convention. The convention will be held at the Fiserv Forum from July 13 to July 16.

In August, hotel assignments for delegates were released with 26 of the 57 delegations assigned to hotels in Rosemont or Lake County, Illinois. The Illinois-based Democrats are from states with larger delegations including Florida, California and Pennsylvania.

About 5,000 hotel rooms will be in Illinois, according to the Democratic National Committee.

That also means those delegates could fly to O’Hare. Milwaukee airport officials want to make sure, they don’t.

Without giving away details, Mester said Mitchell International plans to launch a marketing campaign in January directed at politicians and media coming to the convention.

Keith Brune, chief operating officer of Philadelphia International Airport, said there was intense planning leading up to the Democratic National Convention there, but the event went smoothly.

"When it came down to game day, honestly there really wasn’t a huge impact, as crazy as that might sound," Brune said.

One of the biggest challenges in Philadelphia was the extra flights from Cleveland into the city. The Republican National Convention ended days before Philadelphia’s convention began, so many members of the national media headed directly to Philadelphia, Brune said.

Meanwhile, construction has been underway since April to remodel or replace 22 restaurants and retail shops at the airport. New retailers include jewelry store Brighton, sports store No Boundaries and Wisconsin’s first Spanx store.

Work is expected to be complete by June.