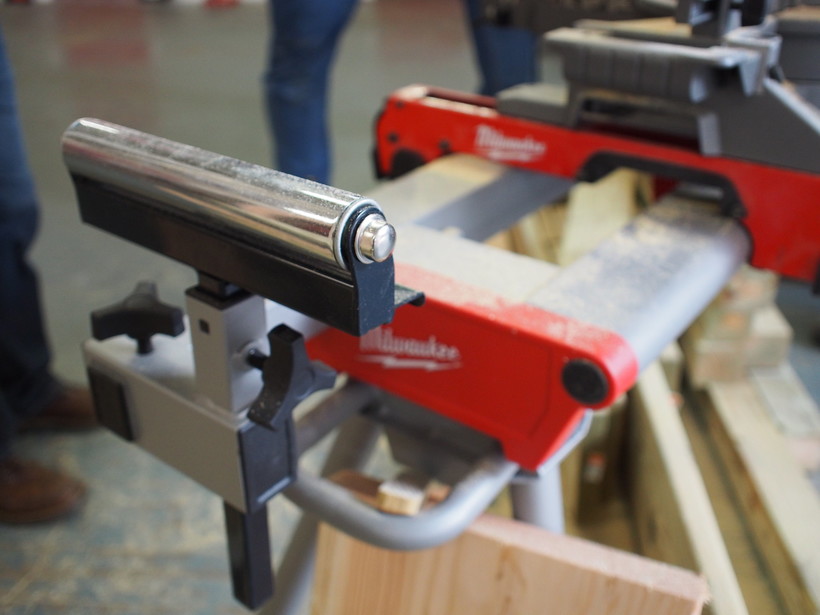 The city of Milwaukee has advanced a $12.1 million grant to Milwaukee Tool, in exchange for at least 1,200 jobs. If the deal moves forward, it would be the largest single infusion of jobs Milwaukee has seen in the last two decades.

The Common Council's Zoning, Neighborhoods and Development Committee approved the grant Tuesday, but not before several hours of debate.

Council members were cautious of the multi-million dollar deal, but also questioned Milwaukee Tool's promise to hire Black residents and provide philanthropy to the city.

"Members are just hesitant, and we're finding many ways to get things in writing because the people of Milwaukee don't always get what they paid for," said Alder Marina Dimitrijevic. "Of course, we want these jobs in Milwaukee, but we've got to ask these types of questions because this will be the only (time we can)."

Dimitrijevic then amended the deal so Milwaukee Tool would be required to give annual updates on how many jobs were located in Milwaukee and disclose race, gender and wage figures.

The full Common Council will vote next month.

Milwaukee Electric Tool Corp., known for its M12 Cordless system, was founded in 1924 on West Wisconsin Avenue in Milwaukee. The company moved to Brookfield in 1965. Company officials say continued growth and a desire to hire more people of color has them needing to move to the city by October.

Milwaukee Tool plans to move into a long-vacant building at North 5th and West Michigan streets on the redeveloping west side of downtown Milwaukee.

Under the 20-year grant agreement, the company has six years to fill 1,200 jobs. If the jobs aren’t filled or the company doesn't keep the jobs during years six through 20, Milwaukee Tool will have to pay a penalty of $10,000 per job, according to the contract.

The building can be expanded vertically three to four stories. Doing so, would allow Milwaukee Tool to add 790 more jobs, and the city could increase the grant by $7.9 million.

The company’s average annual salary for employees is $75,000.

This comes at a time when the Westown neighborhood has seen the departure of major employers such as Blue Cross, Assurant and Boston Store, Barrett said.

Barrett also made a rare appearance at the zoning committee meeting Tuesday urging members to approve the deal.

"You've got a company that has a desire for a nimble partner, and you have us, that has a location," Barrett said. "Probably over the last two decades, it is the largest infusion of jobs the city has seen. I don't want us to miss that opportunity. You start at 1,200 jobs, and it could grow to 2,000 jobs."

Before Tuesday’s meeting, labor union Milwaukee Area Service and Hospitality Workers (MASH) raised concerns with the deal. The agreement was updated last week to encourage Milwaukee Tool to hire its service-industry contractors from high-poverty ZIP codes in the city, and to pay the contractors $15 per hour.

But on Tuesday, members of MASH criticized the deal, saying the city should take care of its people before Milwaukee Tool.

Jack Hanson, the union’s research and policy analyst, said public money should not be given to a private company that can afford to purchase a building that is not in a blighted area.

Milwaukee Tool's parent company, Techtronic Industries, had an $800 million net profit in 2020 and 30 percent growth in profit and revenue compared to 2019, according to its earnings report, Hanson said.