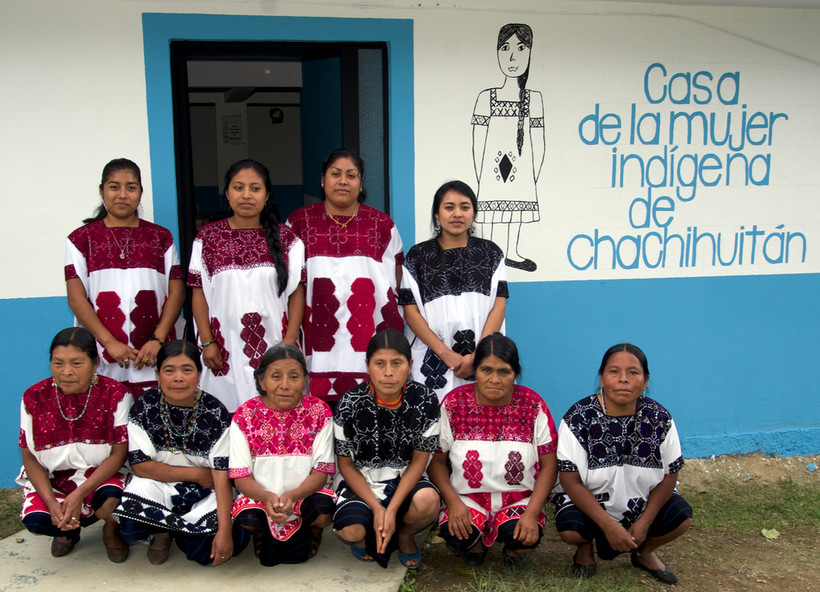 Shown in this photo are ten indigenous midwives of Chalchihuitan, Mexico. PWRDF (CC BY)

Dorene Day of the Ojibwe Tribe of Northern Minnesota has been tending to Native American women giving birth for years.

As an Oondaadiziikekwe – a Native American midwife –  she has made it her life's work to care for and educate Native American women on the ceremonial and spiritual significance of birth in their culture.

"One of the things that’s very, very important to live a good life … is that we understand where we come from," Day said. "That is the auspice of teaching indigenous women of all ages to gravitate back towards reclaiming those practices toward having a good life."

Day discovered at a young age that many of her fellow indigenous women had not been taught about traditional birthing methods and the spiritual practices that accompany them, falling back on Western medicine as a result.

"A lot of the practices we had ... almost went extinct," she said. "My work is to bring that back, bring that cultural, spiritual aspect of birth back to indigenous women if they so desire that."

Much of that loss stems from a 1942 law that required indigenous women from reservations to travel to hospitals for delivery because their traditional methods of delivery were outlawed. Many Native American women have suffered for it, said Day.

Native American and Alaska Native women are much more likely to be categorized as high-risk and experience higher rates of maternal morbidity or injury than non-Hispanic whites, Asian/Pacific Islanders and Hispanics, according to the Centers for Disease Control and Prevention.

"Many things that are standardized, or now considered best practices for labor and delivery, are very intrusive according to our traditional way of giving birth," Day said.

The Western approach to birth is largely medical, focusing on the body and neglecting the mind and spirit, she said.

Traditionally, a Native American woman would be surrounded by people and continually move during labor, walking around, doing squats and trying to stay relaxed, Day said.

Day, who was trained by a traditional midwife from the Mohawk Tribe, also encourages Native American women to follow the traditional diet their bodies are accustomed to, like wild rice as a staple.

But in Native American traditions, birth is not just delivering a baby, there’s a spiritual aspect to it and a holistic approach that connects mind, body and spirit.

"When a woman is having a baby there’s a spiritual grounding that takes place," she said. "Everything is ceremonial, there are songs that are sung, there are offerings of tobacco that are made, there are prayers that are said on behalf of the spirit of the one coming here to physical life."

Historically there has been a barrier to performing these ceremonies in a medical atmosphere, but Day sees signs that that may be changing.

"There has always been a need in the Western medical field to train individuals that are health care providers … because they don’t really understand that we have this holistic approach, they don’t understand a mistrust that has been with our people all the way back to the treaties that were signed, and the things that were promised and not delivered," she said.

Health care providers are sometimes willing to allow a birth plan written by the family, Day said, but it is often a struggle to make it happen.

"We have the ability to heal ourselves," she said. "We know that we were placed here by the creator, we didn’t come from somewhere else and that’s a very important thing."